The Royal Navy's old and new patrol vessels converge on Jersey in standoff with French fishermen. 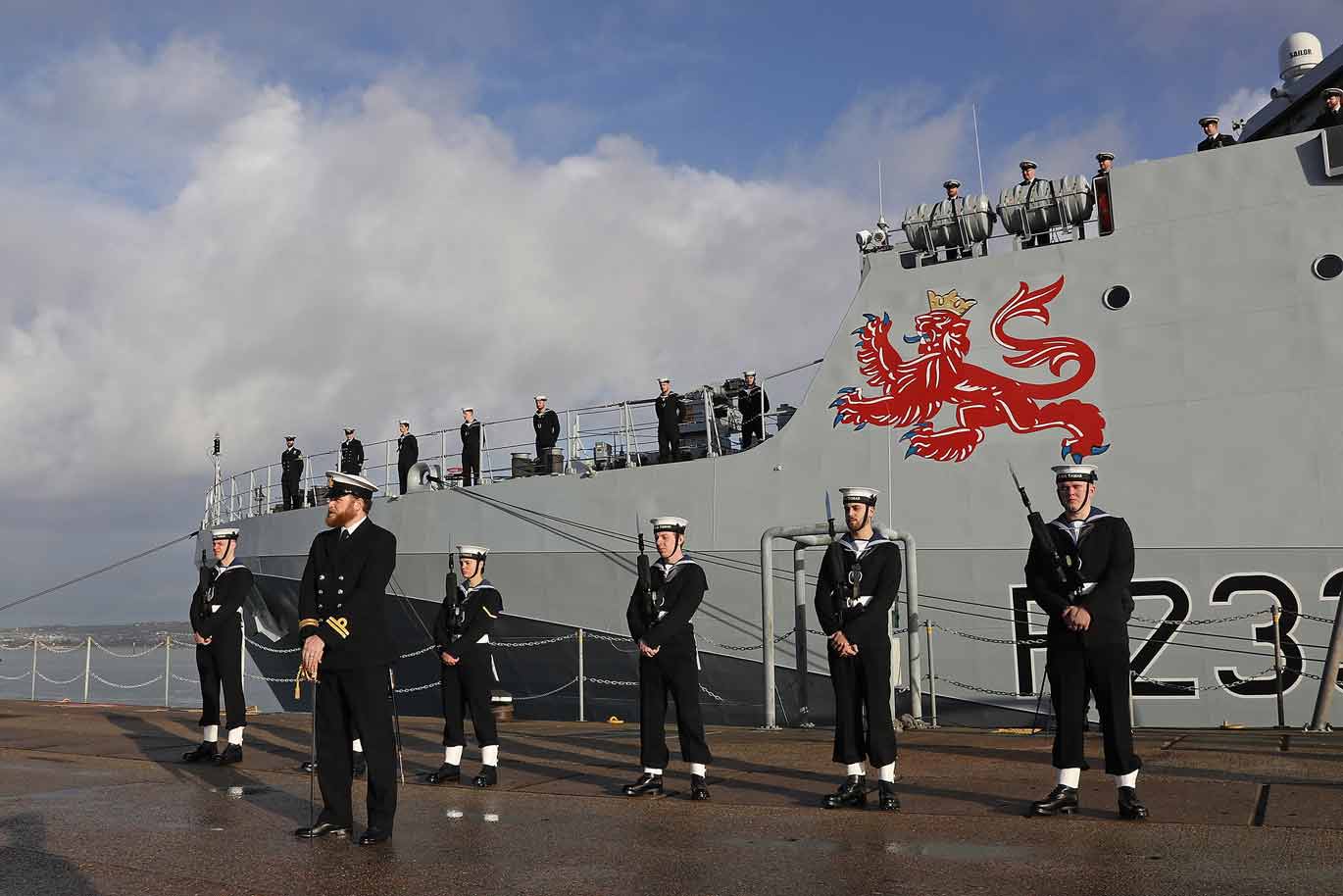 Jersey standoff: What do we know about HMS Severn and HMS Tamar?

The Royal Navy's HMS Severn and HMS Tamar, which were sent to patrol Jersey's waters after French fishing boats converged on the Channel island to protest against new rules limiting local fishing rights, represent the old and the new guard when it comes to patrol vessels.

HMS Severn, a river patrol boat, was built in 2002 by Southampton-based Vosper Thornycroft, which at one time was considered to be the world’s leading designers and builders of advanced warships, including the heavily armed Mark 10 frigate for Brazil and the Type 21 Amazon Class Frigates.

Vosper Thornycroft later became the VT Group, cut steel on its last vessel, HMS Mersey (P283), a River Class Patrol Boat, which was launched in 2003. The VT Group was later absorbed into the Naval Base at Portsmouth.

HMS Severn is one of three vessels that patrol the seas around the UK most days of the year, and is the first Royal Navy vessel in almost 40 years to be recommissioned in 2020 after leaving the active fleet in October 2017.

According to the Royal Navy's website, HMS Severn is mostly used in the English Channel and Dover Strait to escort passing foreign warships, conduct fishing vessel inspections and defend the UK's border. The River Patrol vessel has also been used to shadow Russian Kilo-class submarines, patrol and support ships transiting through UK waters.

The River Patrol vessel carries two general-purpose machine guns and an anti-aircraft Oerlikon 20 mm cannon, which is based on a German design from WWI.

From the old breed to the new breed, HMS Tamar is the fourth of the five new Offshore Patrol Vessels that will replace the Royal Navy's current River Class vessels. HMS Tamar was constructed at BAE Systems' shipyards on the Clyde in Scotland.

HMS Tamar entered service last year and is designed to perform a wide range of missions: from intercepting drug-traffickers and smugglers, to protecting UK territorial waters and providing humanitarian assistance.

The Offshore Patrol Vessel is also used by Royal Marine Commandos and features a flight deck, which accommodates Merlin and Wildcat military helicopters. Trials using small drones have also been conducted on board HMS Tamar to track drug smugglers.

HMS Tamar features a “dazzle paintwork” scheme (shades of black, white and gray), which was used by navies towards the end of World War 1 to confuse submarines.