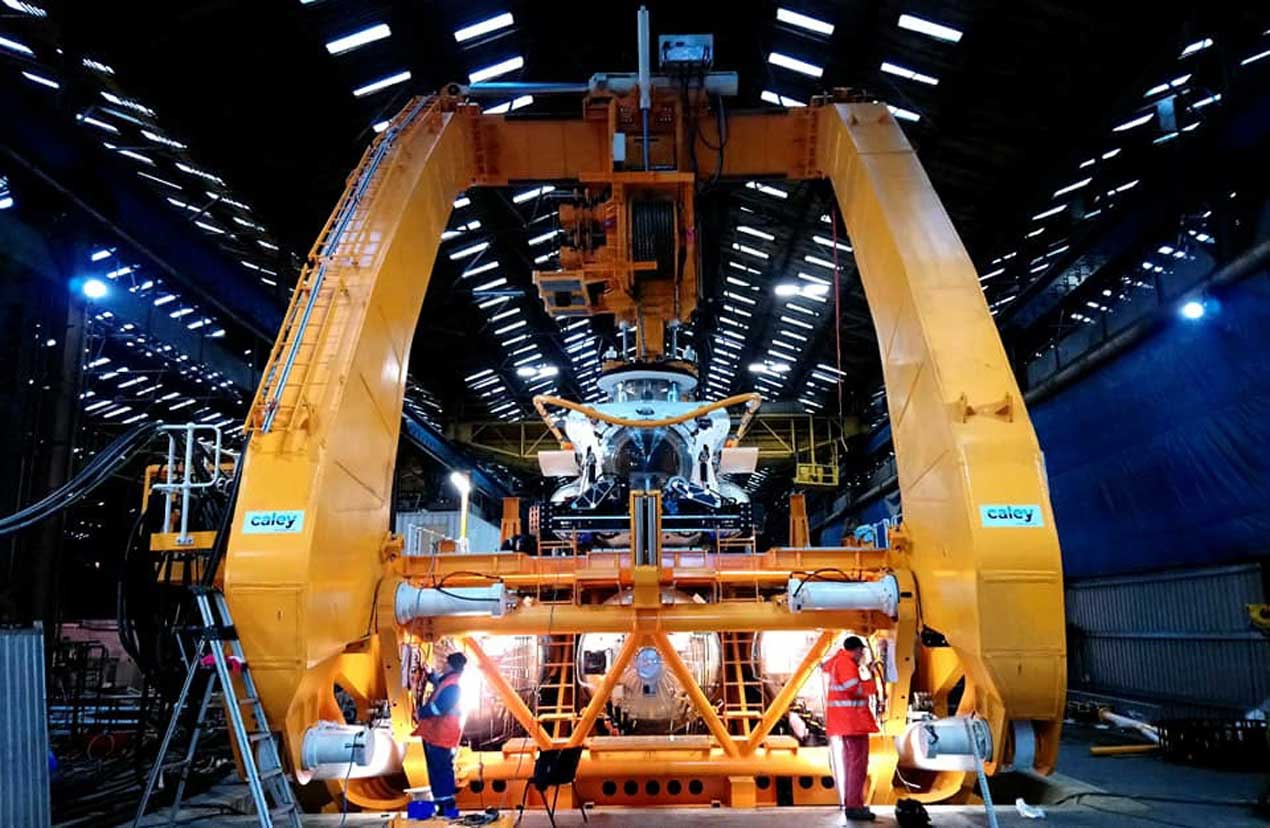 Underwater specialists JFD, have successfully delivered the second of two Third Generation submarine rescue systems to the Indian Navy. The delivery of the second system represents a significant milestone in the provision of a comprehensive submarine rescue capability that will enhance safety for submariners.

JFD provides fast, safe and reliable subsea rescue services, solutions, products, engineering services and training to 80 countries and 33 of the world’s navies including the Royal Navy, Australian, Singapore, and Korean Navies, as well as providing the NATO Submarine Rescue System.

The contract also includes a 25-year all-encompassing maintenance support service. The equipment was designed, manufactured, integrated and tested by JFD prior to shipping to India, with the second system expected to arrive in January 2019. The system will be mobilised onto the rescue vessel in order to begin a full series of Sea Acceptance Trials (SATs), with JFD personnel remaining in country to work in close partnership with the Indian Navy to complete comprehensive training on the safe operation of the system.


“The Third Generation system represents a step-change in real world submarine rescue capability, and has been specifically designed to provide a comprehensive and highly capable submarine rescue service whilst ensuring the system is as quick and simple to mobilise as possible to maximise the chances of a successful rescue,” said Giovanni Corbetta, JFD's managing director.

Corbetta said JFD had invested significantly in the development of its Third Generation system. “The active participation of the Indian Navy throughout the build, acceptance and ongoing trials of the two systems trials is key to conducting safe and efficient operations in support of submarine rescue to allow them the ability to respond effectively to an emergency when a submarine is in distress.”

Having completed comprehensive factory acceptance testing, which was signed off by the Indian Navy, the second system has been delivered to the customer just eight months after the first system. All of the technologies utilised in JFD’s Third Generation system are proven in service, and whilst innovative in arrangement, the methodology is built on tried and tested approaches and therefore requires little shift in operating doctrine, existing procedures, training and crewing competencies.

The Indian Navy formally inducted its first DSRV into service at a ceremony in Mumbai, India on the 12 December. Ithas now joined a select league of nations with the capability to search, locate and provide rescue to distressed submarines.

Chief of the Naval Staff for the Indian Navy, Admiral Sunil Lanba, commented: "The DSRV (induction)  marks the culmination of years of focused efforts of the Navy in acquiring niche submarine rescue capability. With these capabilities, the Indian Navy has joined the select league of navies that operate such assets."

As an integral part of JFD’s Third Generation system, the submarine rescue vehicles have been specifically designed to operate at the leading edge of capability whilst also being optimised to be easily transported by as many different aircraft types as possible. This greatly increases the number of available aircraft to transport the system, minimising the time required for mobilisation.