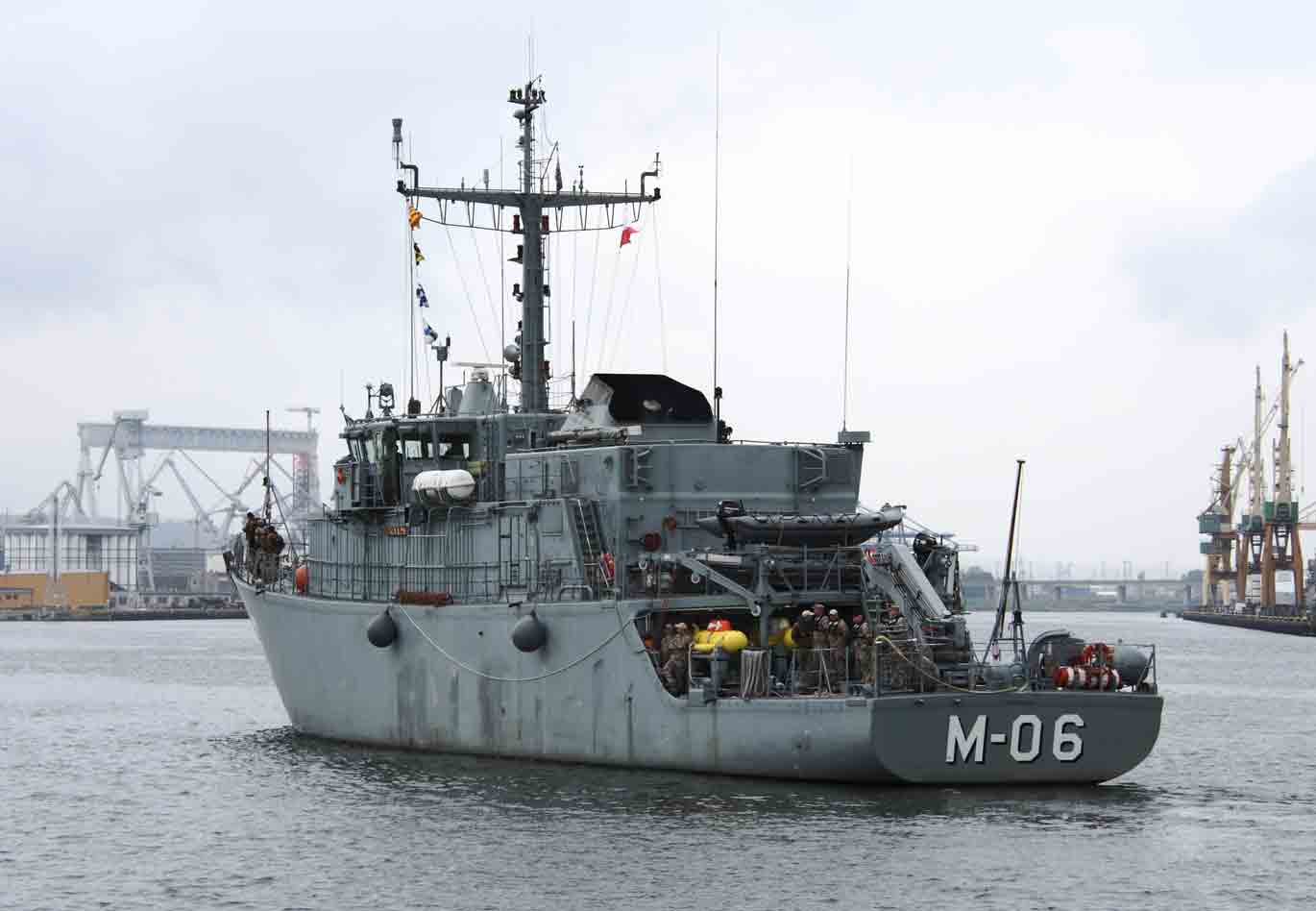 The Latvian Navy's modernisation of its mine countermeasure vessels has achieved its first major milestone with the disassembling of legacy equipment from the vessels.

ECA won the €20 mn contract eight months ago to modernise three mine countermeasures vessels belonging to the Latvian Navy. Following the disassembly, and the Critical Design Review of the ship architecture, teams will begin installing the new, upgraded equipment in October 2021.

ECA GROUP will install and configure its UMIS Unmanned Mine Countermeasures Integrated System on the three vessels. The UMIS Toolbox is a comprehensive suite of technology for unmanned mine clearance operations, which remove the need for the ship to enter the minefield (stand-off concept).

For the Latvian Navy, ECA GROUP will replace the vessels’ conventional mine detection systems based on a hull sonar with a more compact, mobile unmanned system UMIS, which consists of an AUV (Autonomous Underwater Vehicle),  A18-M drones fitted with the latest generation ECA synthetic aperture sonar for detection, and several underwater robots, including the Seascan MK2  and  K-STER C  for mine identification and neutralisation.

The new Ultra Short Baseline positioning system installed in place of the hull sonar enables not only tracking, but also acoustic communication, replacing the previous acoustic modem which had to be launched from the deck.

ECA GROUP will modify the vessels to accommodate the new equipment with the support of its subsidiary  MAURIC, which specialises in naval architecture, and Latvian industrial partners, in order to install these new generation of mine countermeasures systems.

MAURIC will make a valuable contribution in ensuring the operability of the equipment installed on board, guaranteeing enhanced performance of the ships following their upgrades.

An integral part of the upgrade by ECA GROUP and MAURIC will be the complete renewal of the Combat Room to integrate cabinets and consoles necessary for operating the new navigation systems (WECDIS, USBL positioning system and Inertial Navigation System by  iXblue), new Autopilot (by  SIREHNA), and ECA GROUP’s  UMISOFT  software suite for mission and data management, and drone control.

A new Iridium and Wi-Fi antenna will be installed on each ship for communicating with the A18-M drone at the surface. Naval forces around the world are faced with economic restrictions and the need to rationalise resources whilst enhancing their capabilities in order to fulfil their increasingly challenging missions of fighting threats and protecting populations.

Upgrading mine warfare equipment on existing vessels, allows navies to prolong the life of their fleet already in service. In the case of the Latvian Navy, they had acquired their vessels from the Royal Netherlands Navy in 2006. The  UMISToolbox can also be installed on other models of conventional mine countermeasures vessels or on ships that are not used for mine countermeasures.