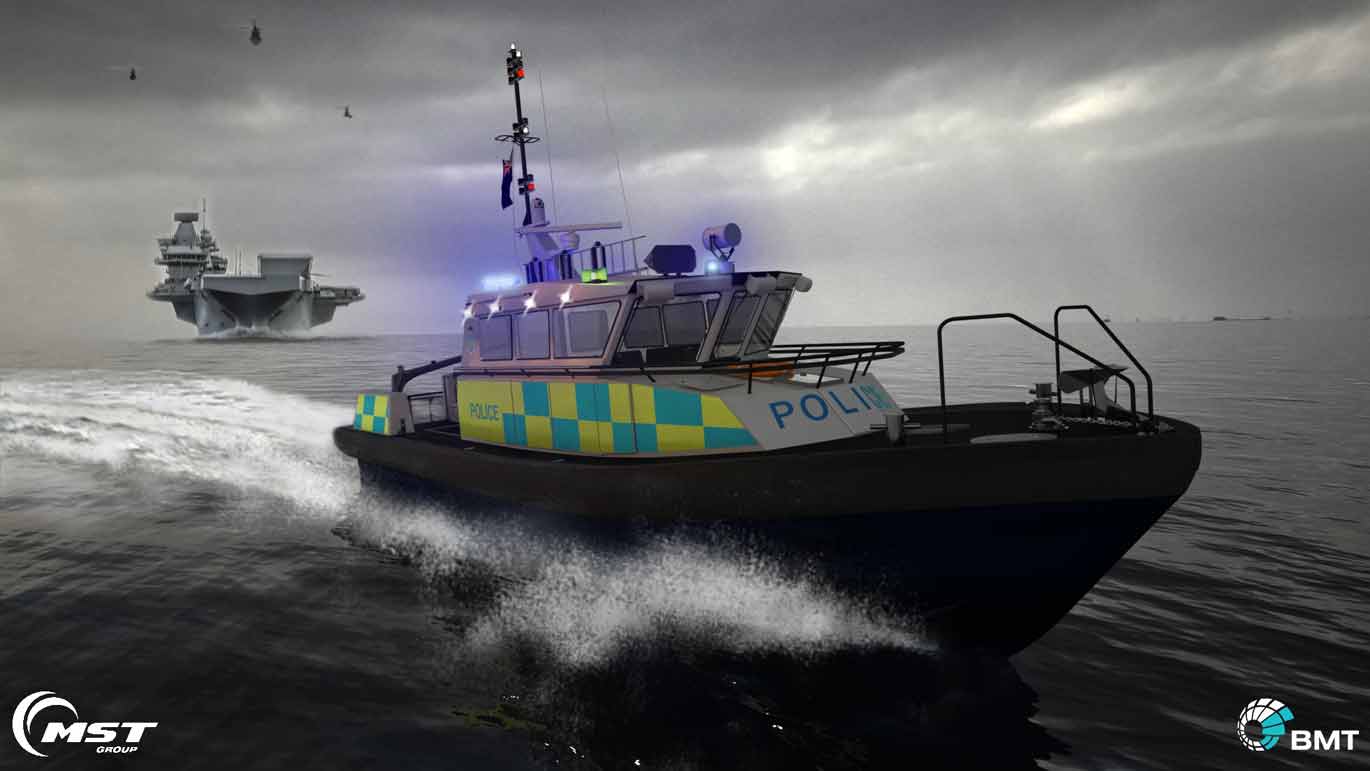 The UK Ministry of Defence Police (MDP) and Gibraltar Defence Police (GDP) Forces will receive 18 high performance patrol vessels as part of a £36 million contract awarded to Marine Specialised Technology. The new high speed patrol vessels are capable of operating in the most demanding of conditions, and will replace the current police vessels that are operated at naval bases across the UK.

BMT, in partnership with Marine Specialised Technology (MST), was selected by the UK MoD's Defence Equipment & Support (DE&S) procurement agency, following a competitive tender process. The BMT designed patrol vessel is 15 metres in length and powered by twin inboard diesel propulsion engines driving twin water jets. It is capable of speeds of up to 30 knots and can carry three crew members and up to four passengers.

The boats will be fitted with a CCTV surveillance system, two Marine Jet Power water jets and reinforced with bullet-proof protection against incoming fire.

Specifically designed to reduce fuel consumption, the vessel will have reduced fuel emissions as well as improved operational efficiency. Martin Bissuel, Business Sector Lead for Government and Security at BMT said the 15 m vessels will be valuable in providing the MoD Police Force with an upgrade in capability to persistently patrol in littoral areas for the purpose of force protection of critical national infrastructure, covering high value assets across the United Kingdom and its naval bases.

The constant waterborne patrol and policing at UK Naval Bases will include HMNB Portsmouth, HMNB Devonport and HMNB Clyde, as well as the Gibraltar Naval Dockyard. Advancements in the new craft will see the bridge featuring a fully integrated C4ISR and craft management system, utilising the latest open-architecture structure and shock mitigation crew seating.

This latest contract builds on BMT's partnership with MST’s larger, affordable and exportable HPB-1900 design, of which two are already in build for the Royal Navy Gibraltar Squadron. Construction has already started on the design project and the first police patrol craft is expected to be delivered in July 2022.