Saab's Next Generation Combat Boat Takes to the Thames 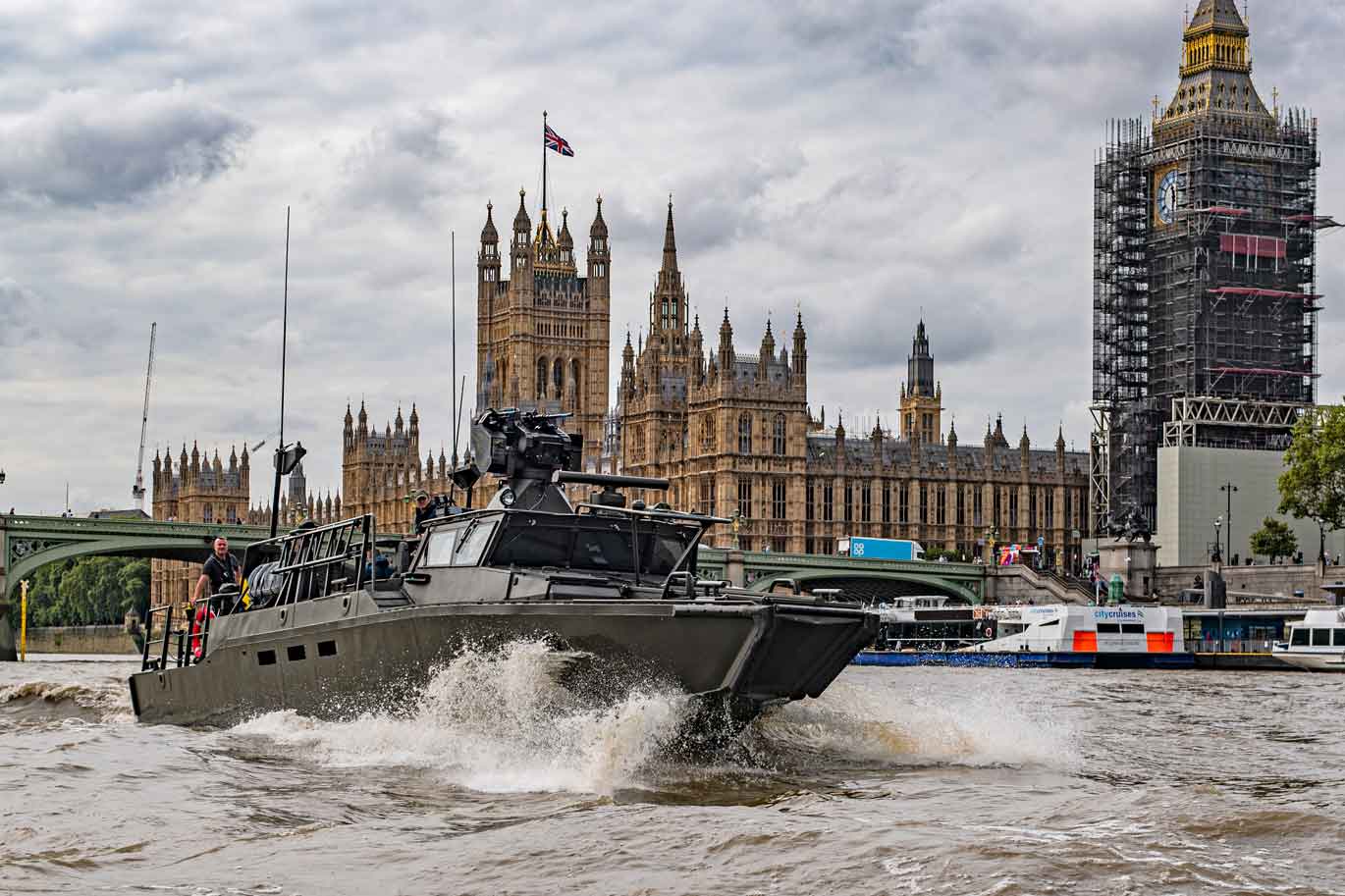 The combat boat will be conducting waterborne demonstrations from 14-17 September at the DSEI exhibition taking place at ExCeL London.

Building on the previous generation of more than 250 boats operating worldwide, the CB90 Next Generation (CB90 NG) is designed to swiftly transport marines and other forces. Saab says the boat is renowned for the ease by which troops can rapidly get on-shore and depart again, be it a beach or an awkward, elevated rocky shore.

Depending on the mission, the CB90 NG can take on different roles such as to search for threats, share intelligence, rapidly deploy troops and attack the enemy. CB90 NG includes a new combat management system and sensors for surveillance, ballistic protection, as well as further improved stealth, manoeuvrability and speed.

“It’s great to have the CB90 NG here in London on its first visit outside of Sweden.   We are proud of our combat boat and the capability it offers to our partners, and feel privileged to show it off to Londoners on the Thames today,” said Magnus Lewis-Olsson, chairman of Saab UK.

The CB90 NG has potential applications with specialist military units such as the Royal Marines Future Commando Force and the Littoral Strike Groups. The vessel on show at DSEI this week was recently delivered to the Swedish Navy, with the designation Docksta CB 90HSM.

The exceptionally fast and agile combat boat has a top speed well beyond 40 knots and can carry up to 21 amphibious troops with full equipment. Additionally it can be armed with large calibre machine guns, a MK19 grenade launcher, naval mines and depth charges, as well as Saab’s own Trackfire (a remote weapons station that enable weapons to fire with superb accuracy whilst the boat is on the move).

CB90 Next Generation will put on displays twice-daily as part of DSEI’s waterborne demonstrations outside the main hall. Saab is welcoming visitors to DSEI to come along to where the craft will be docked on the Royal Docks to see the CB90 NG for themselves.

Watch the CB90 NG in action on the Thames