MBDA completes qualification firing trials of the Sea Venom/ANL missile for the British and French Navies. 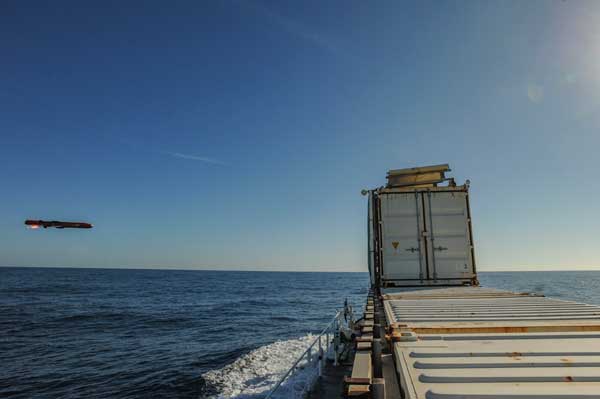 Despite disruptions caused by the coronavirus pandemic, the Sea Venom/ANL anti-ship missile has completed its qualification firings trials, with a successful final firing at the French Armament General Directorate (DGA) test site at Ile du Levant on 17 November.

Éric Béranger, MBDA CEO, said:  “I want to congratulate the UK-French teams across both MBDA and our governments for the commitment they have shown in meeting this qualification milestone amid the disruption caused by Covid-19. Together they have proven that through co-operation we can jointly overcome adversity and deliver leading edge military capabilities.”

Previous trials have tested the missiles launch envelope, release envelope and engagement modes, such as its low-altitude sea-skimming flight, lock on after launch (LOAL), lock on before launch (LOBL), operator-in-the-loop, and aim point refinement.