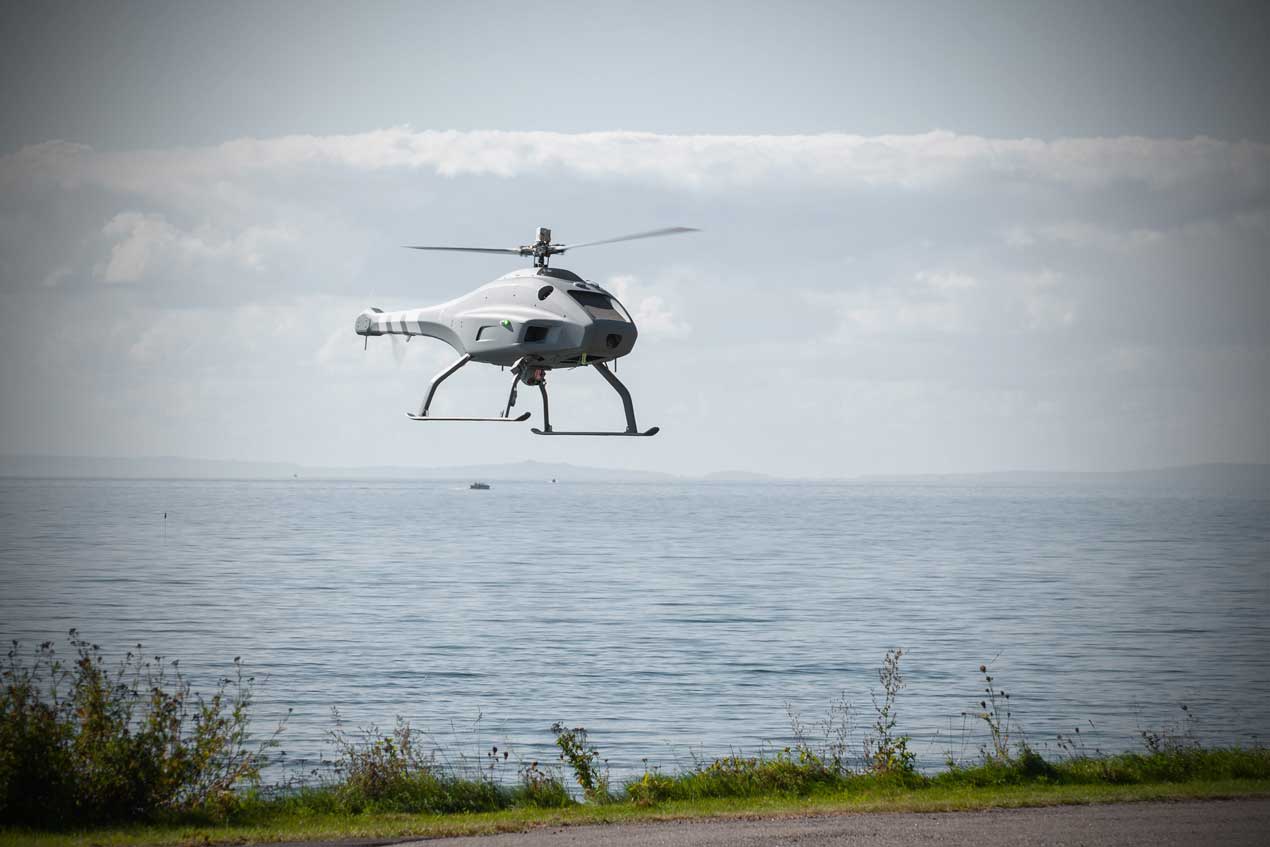 SKELDAR's V-200 rotary wing UAV has been selected for the Belgian and Dutch Navies' naval mine countermeasures capability toolbox.

French robotics company ECA Group, which alongside Naval Group, makes up the Belgium Naval & Robotics consortium, signed a procurement contract with SKELDAR for the V-200, which will form part of a Toolbox to be used by both navies for stand-off mine countermeasures.

The V-200 is already used by the Canadian and German navies to provide “eye in the sky” intelligence, surveillance and reconnaissance (ISR) capabilities to enhance their capacity to perform primary and secondary missions. Deliveries of the SKELDAR V-200 to ECA Group are expected to start in 2023.

“The SKELDAR V-200 is undoubtedly an essential asset in the stand-off concept,” said Cdr SG Claude Bultot, Programme Director for the Belgian and Royal Netherlands Navies. “This UAV with its integrated sensors and endurance will improve the situational awareness and enhance the detection process in the mine threat area. Ultimately, this will result in a more efficient and safer mission for our valuable crewmembers.”

Axel Cavalli-Björkman, CEO of UMS SKELDAR said the SKELDAR V-200 was conceived as a maritime platform, and we have continued a program of enhancements including technical, sensor and flight endurance.