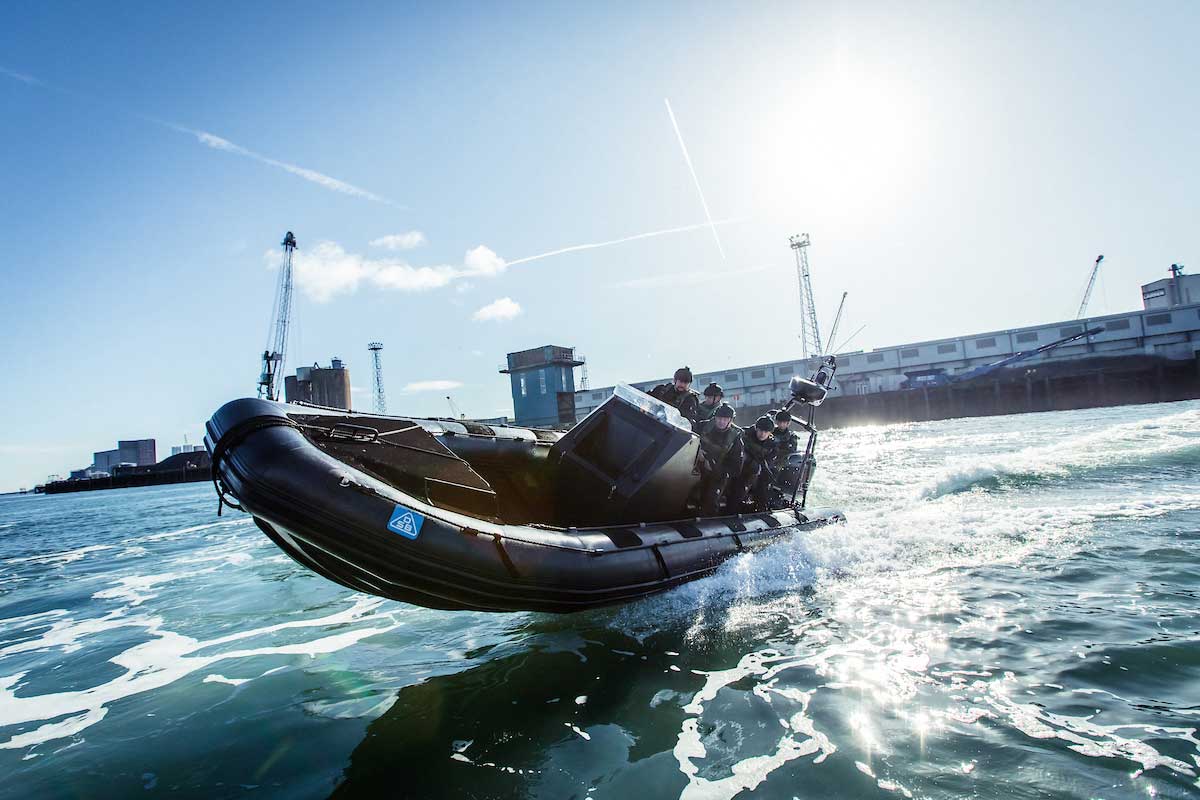 Developed by Survitec in response to customer and user feedback from ex-Marine boat specialists and other specialist military units, the new range is designed for all insertion and extraction scenarios. The boat features a single point of inflation which can be configured to suit the requirements of the customer making inflation during subsurface operations, paradrops and helocasts more user friendly.

Additional features include extra wear patches on the tubes, extra rubbing strake on the keel and a double skin reinforcement on the bow area to protect the boat from damage during beach operations.

Scott Tonks, boats subject matter expert, Survitec, said: “Being able to tailor the inflation method to the scenario makes the boats even more versatile. For example, in a subsurface scenario, the tightly-packed buoyancy-neutral boat would be brought to the surface by a diver. The inflation dial could be packed within the boat making it difficult to access. A cable with a remote activation dial can be attached to the boat’s air cylinders so that he/she can easily inflate the boat when required at the surface.”

Inflatable boats are often used for a range of tasks varying from logistical to Special Forces/reconnaissance missions, which are frequently carried out in harsh environments. Survitec has therefore added armour protection to certain points of the GPM range to offer reinforcements against punctures and tears.

Tonks said: “All sorts of units from army regiments to special forces will use this boat. If troops are required to land a boat it is rarely on sand. It will more likely be on difficult terrain where you are less likely to be over watched, so it’s important that these inflatable boats won’t be torn apart during these activities.”

The GPM range also comes equipped with a rapid deploy tow that allows a stricken boat to be attached to a tow whilst the boat carrying out the rescue keeps moving.

Devised and built by Survitec, the rapid deploy tow is located at the back of boat in a built-in parcel and ready to deploy. It can be solely operated by the coxswain who pulls on the toggle and clips the tow to the stricken boat as he drives past before removing it from danger.

Tonks said: “The rapid deploy tow can be easily reset for repeat use. It is ideal for use in tactical scenarios and for extracting a disabled boat out of the killing area”.

The boats come in five sizes ranging from 3.8 m to 5.8 m. The single point inflation feature can be used with one or two air cylinders and the 5.3 m boat can be inflated in one minute.

The new GPM range was presented in live, in-action demonstrations at the NAVDEX marina, which runs alongside the IDEX event.