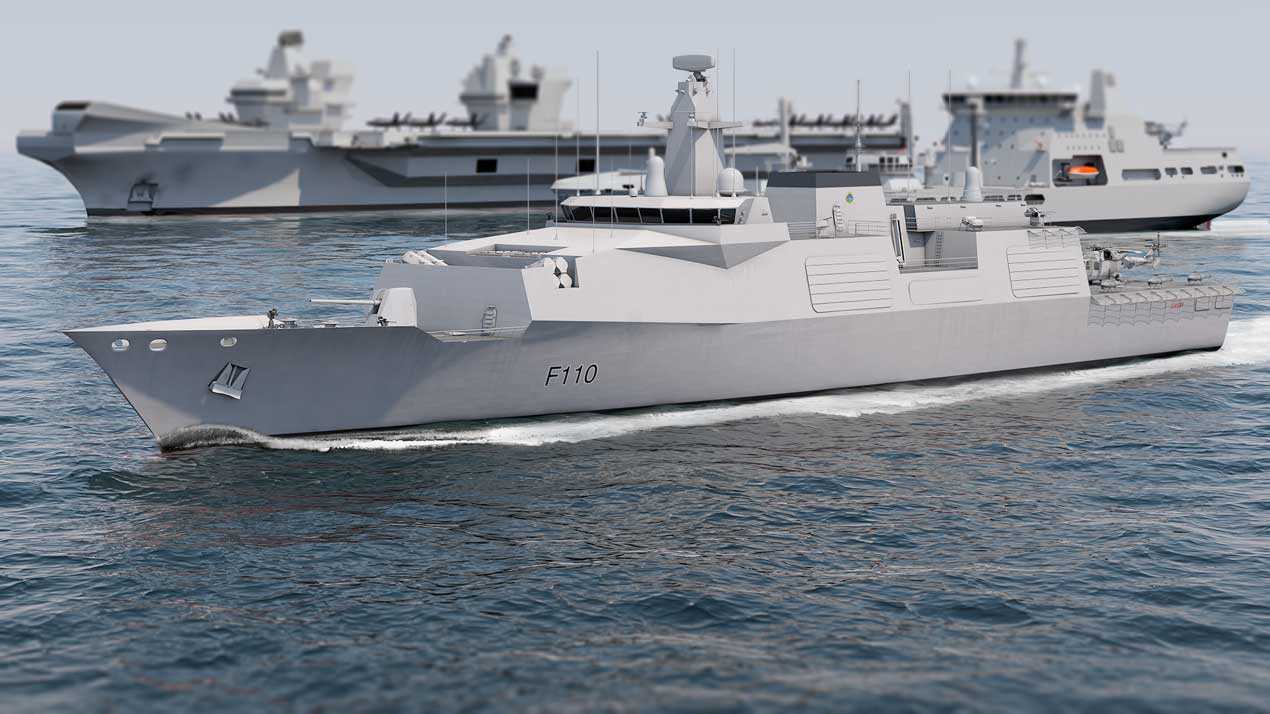 The Type 31e shipbuilding programme to construct a new general-purpose light frigate for the Royal Navy is heating up with some of the UK's leading shipyards announcing a joint effort to bid for the £1.25 billion programme.

The Type 31e , which will focus on patrol and protection roles, was announced as part of the UK's new National Shipbuilding Strategy back in September.

The Ministry of Defence says it has received more than 20 expressions of interest from industry, with Babcock on Monday announcing it will lead a bespoke team — calling itself "Team 31" — of industry partners, including Thales, BMT, Harland & Wolff and Ferguson Marine in a bid for the new Type 31e.

Babcock will act as the overall programme lead, whilst Thales will have overall responsibility for the development of the mission system. Babcock and BMT will leverage their experience in the development of designs for both naval and commercial vessels.

Babcock will leverage key lessons learned from participation in the Queen Elizabeth Aircraft Carrier programme and the construction of a new class of Offshore Patrol Vessel for the Irish Navy.  If awarded the contract to build the Type31e, Team 31 will take a modular build aproach leveraging Ferguson Marine's facilities on the Clyde, Harland & Wolff's in Belfast and Babcock's operations in Fife and Devon.

Its Appledore shipyard in Devon produced a number of "blocks" for the new Queen Elizabeth class aircraft carriers, the largest warships ever built for the Royal Navy.  The Appledore yard is also delivering a new class of offshore patrol vessels for the Irish Naval Service.

By leveraging each other's resources and shipbuilding expertise, Team 31 seeks to maximise UK content and export potential for the Type 31e, as well as leveraging the cost and programme benefits of a modular build.

“We firmly believe that our combined skills can deliver an affordable and effective Type31e frigate programme for the Royal Navy and offer something new and exciting in the export market," said Babcock's CEO, Archie Bethel. "With a high degree of UK content and the use of innovative technologies, we believe that our approach will deliver real benefits to UK plc.”

Thales UK 's CEO Victor Chavez said it would bring to the table an open-systems architecture approach to technologies that would ensure long-term value for money.

With a budget cap of £250 million per ship (compared to £3.5 billion for the first three Type 26 frigates) for the first batch of five frigates,  the UK's shipbuilders will have their work cut out for them meeting the ambitious 2023 timeline and budget restrictions set by the Ministry of Defence for the Type 31e.

By making the Type31e "exportable" from the outset, the MoD hopes to avoid the cost overruns associated with other shipbuilding programmes and restore competition to warship manufacturing in the UK.

An investment decision regarding the Type31e is expected to be made by the end of this year.

To find out more about the Type31e programme and the UK's National Shipbuilding Strategy, SUBSCRIBE to receive the Winter 2017/2018 edition of the magazine.