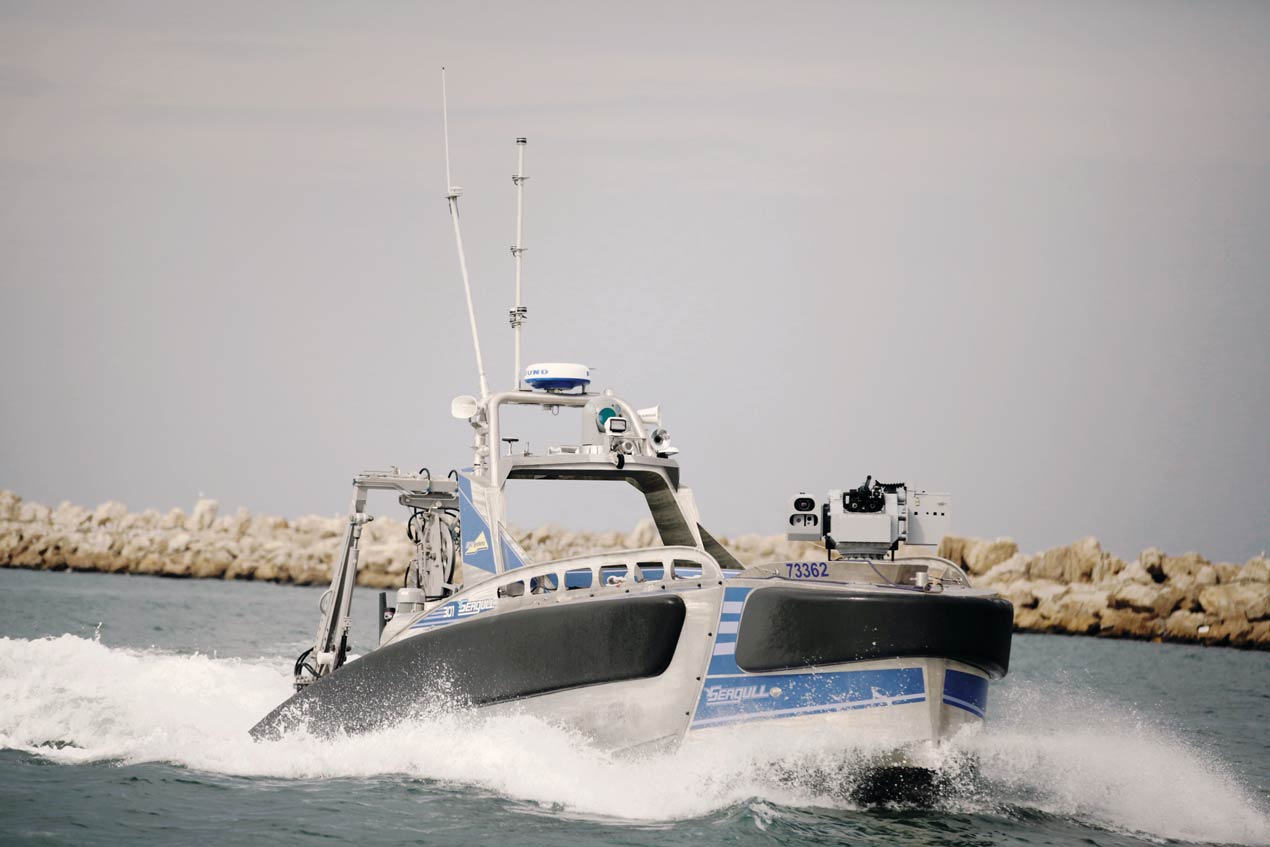 Seagull is a 12-metre long USV that can be operated from a mother-ship or from shore stations. It provides multi-mission capabilities including ASW, mine hunting & mine sweeping, electronic warfare, maritime security and underwater commercial missions, leveraging modular mission system installation and offering a high level of autonomy. It features inherent C4I capabilities for enhanced situation awareness and mission endurance of more than four days.

Unmanned systems in ASW are still a relatively new concept. As Rear Admiral Simon Williams, chairman of Clarion Defence & Security put it at UDT: “Unmanned systems are an afterthought in ASW, whereas they are the lifeblood of mine hunting.”

DARPA in the US is working on an ASW Continous Trail Unmanned Vessel for tracking quiet diesel electric submarines.

In February this year, Atlas Elektronik also announced that it had won a major export contract to deliver two ARCIMS USVs with an ASW surveillance mission module that can detect, classify and locate underwater threats such as submarines, mini-submarines and diver delivery vehicles.

The ASW surveillance mission module will be used by an undisclosed Navy to patrol their littoral waters and conduct persistent monitoring of underwater activity for early detection of potential threats.