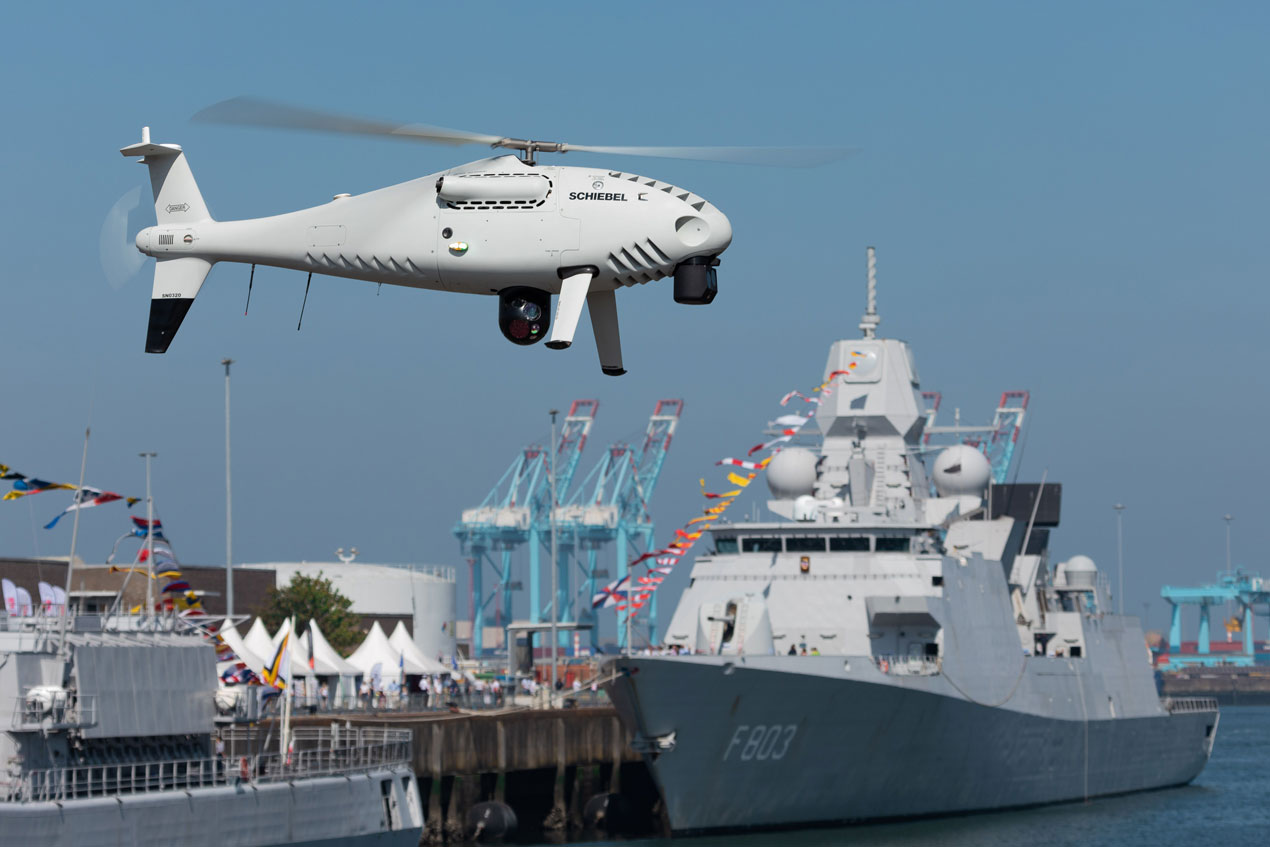 The Belgian Navy has completed trials of the Austrian rotary-wing specialist Schiebel’s S-100 Camcopter. The Navy want to use the unmanned air system (UAS) in support of search and rescue (SAR) as well as intelligence, surveillance and reconnaissance (ISR) missions.

Demonstration flights for the Belgian Navy saw the Camcopter equipped with two payloads, the L3 Wescam MX-10 and the Overwatch Imaging PT-8 Oceanwatch, as well as an automatic identification system (AIS) receiver and a rescue drop box.

The flight trials included various search and rescue scenarios in a land-based setting in Lombardsijde and in a maritime environment in the naval port of Zeebrugge. “The trials have taught us a lot about the possibilities of such systems and sensors, the ability to operate in Belgian’s confined airspace, opportunities for the domain of coastal security and prospects for further developments,” said Lt. Commander D. Biermans, in charge of the Belgian Navy’s Maritime Tactical UAS (MTUAS) Project Team.

“Given the complexity of introducing a MTUAS within the Navy and its impact on the concepts of operation and tactics, this was a first informative step and will be part of a series of tests and experiments with a variety of vehicles and sensors.” The flights were the first S-100 customer demonstration with the recently integrated PT-8 Oceanwatch payload.