Thales will upgrade Australia’s Collins class submarine sonar systems, enhancing their capability to outperform the most advanced underwater threats in an increasingly complex environment. The Collins arrays have not been upgraded since first entering service in the mid-1990s.

Utilising some of the latest developments in underwater sensing, Thales will prepare for upgrades to the submarines’ cylindrical array, flank array and on-board processing. The Collins’ legacy cylindrical array will be replaced with a Modular Cylindrical Array (MCA) based on submarine technology developed by Thales in the UK.

The existing flank array will be replaced by the latest generation flank array from Thales teams in France.

"The Collins class sonars have proven very effective over many years and now we are preparing for the upgrade to ensure they remain at the forefront of sensing performance,” stated Chris Jenkins, CEO of Thales in Australia. The integration work will be carried out at Thales’s underwater systems facility in Rydalmere, Western Sydney. This critical work will support Australia in the key decisions on the rollout programme of sonar and wider Collins Class upgrades, which will be subject to final Government approval in 2018.

Thales will also work with local industry to deliver the upgrades for the six submarines, integrating products from other Australian providers including Sonartech Atlas and L3 Oceania into the solution. The upgrade programme follows the company’s 2012 contract with the Department of Defence to update the Collins’s on-board sonar hardware and electronics. 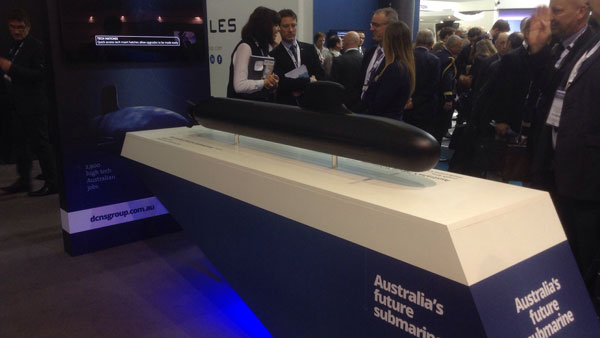 Meanwhile, as part of Australia's Future Submarine Programme which will see the Collins class submarines replaced with a new submarine designed to meet Australia's unique requirement, DCNS Australia, which won the contract to build the future submarine, announced that it aims to deliver a regionally-superior submarine for Australia’s sovereign operation and sustainment and maximise local industry participation.

"In order to achieve this, we will build a supply chain in Australia that has the in-country capability to deliver the products, services and know-how to keep the submarines capable and available on an enduring basis,” said Sean Costello, CEO of DCNS Australia.

DCNS has already issued 600 requests for information from 145 companies in Australia and 25 Australian companies have passed the first audit to be considered appropriate to participate in the supply chain activities.

The Future Submarine briefings will continue across the nation in 2017, with the next briefing to be held in Sydney in February.

DCNS has signed a letter of intent with the Indigenous Defence Consortium (IDC) to explore opportunities to include indigenous Australians and indigenous businesses within DCNS’s supply chain, particularly within the Future Submarine Program.

The partnership is the first agreement signed by the IDC since it was founded in March 2016.

CNS Australia and the IDC see the mutual benefits associated with supporting and assisting one another in relation to our role in one of Australia’s most complex defence projects, the Future Submarine Program,” said Costello.

The IDC already has six Indigenous businesses providing services to DCNS across a couple of contracts.