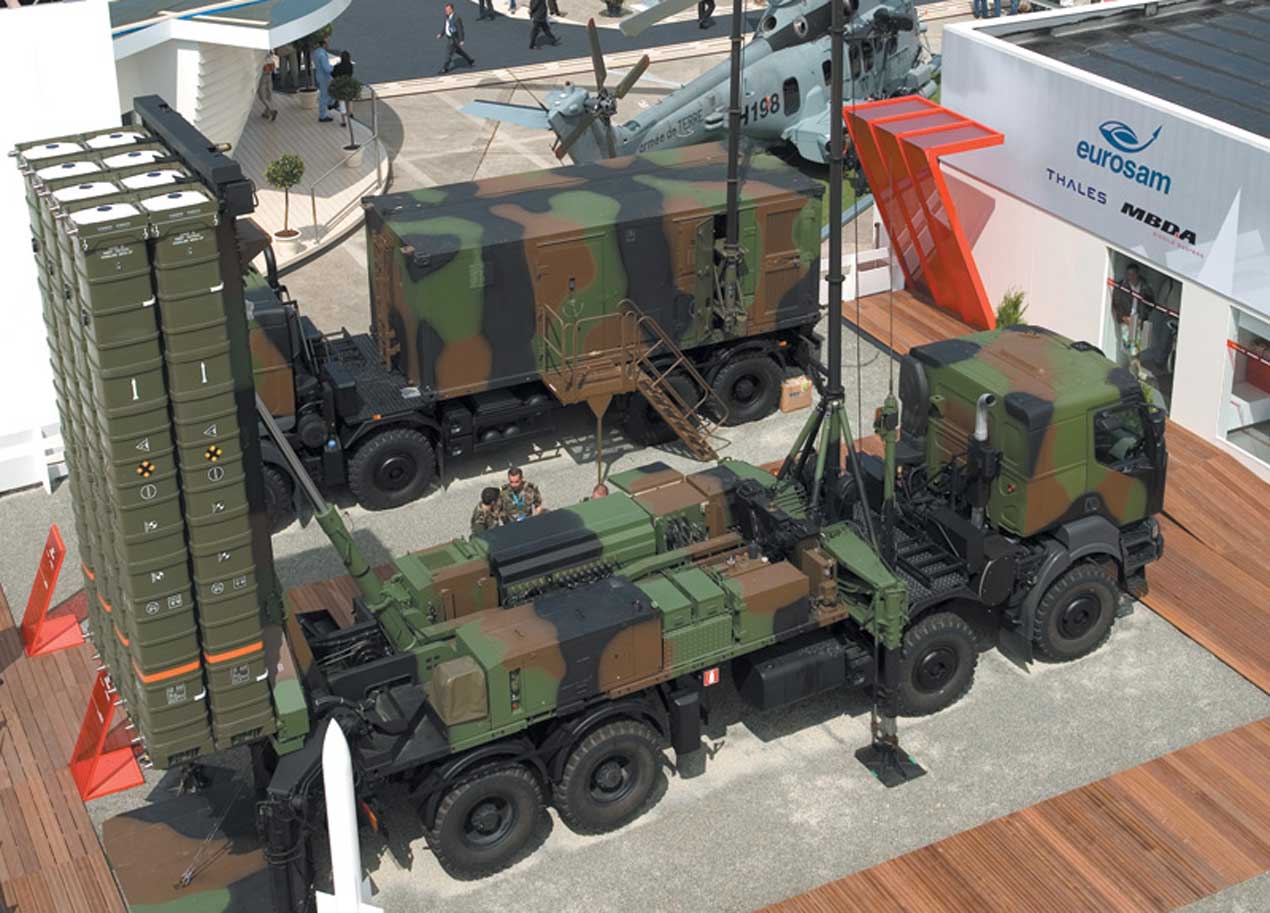 Turkey recently awarded the Franco/Italian consortium Eurosam, and Turkish defence contractors Aselsan and Roketsan, a contract for a definition study of the future Turkish Long Range Air and Missile Defence System. The study will leverage the experiences and technologies from land and naval defence systems based on the Aster series of missiles operated by Italy and France.

The contract was awarded during a meeting between Turkish president Recep Tayyip Erdoğan and President Emmanuel Macron in Paris. The definition study will last for 18 months and will prepare the development and production contract for a future system that meets the operational requirements of the Turkish Air Force. Eurosam,  is backed by its two shareholders MBDA and Thales.

Turkey has long pursued a policy of developing defence equipment indigenously, including short and medium-range missiles. But to provide upper-tier defences it looked to third-party contractors.

In addition to Eurosam, Raytheon and Lockheed Martin’s Patriot missile and Rosoboronexport’s S-300 variant, were in contention, at one stage, for a longer-range SAM capability, and more controversially, China Precision Machinery Export-Import Corporation’s HQ-9 export variant. In 2013, Turkey announced that it had selected the HQ-9, which would have marked China’s largest ever military export. The competitive cost of the HQ-9 and the prospect of co-production attracted Turkey to the Chinese deal.

But it wasn’t long before NATO expressed concerns about Chinese missiles being integrated into allies’ air defences, and the appeal of the Chinese deal to Turkey eventually waned, reportedly in light of so-called promises regarding technology transfer to Turkish industry not coming to fruition. The Chinese contract was eventually cancelled in 2015.

The Eurosam contract was awarded by Turkey’s SSM (the Undersecretariat for Defence Industries), which is responsible for Turkish defence acquisitions. It follows the signing of Heads of Agreement by industry on 14 July 2017 and a Letter Of Intent signed by the French, Italian and Turkish Defence Ministers on 8 November 2017.

The future system is not expected to be ready until the middle of the next decade. It will be designed to counter the most challenging threats including stealth aircraft, UAVs, cruise missiles and ballistic missiles. The system is expected to meet three countries’ basic operational needs and it will guarantee Turkey has full employment autonomy and will allow a sovereign choice of integration level within NATO.

The joint development activity is expected to support Turkey’s indigenous air and missile development programme, as well as open up prospects for exports and longer-term co-operation between Turkey, Italy and France.