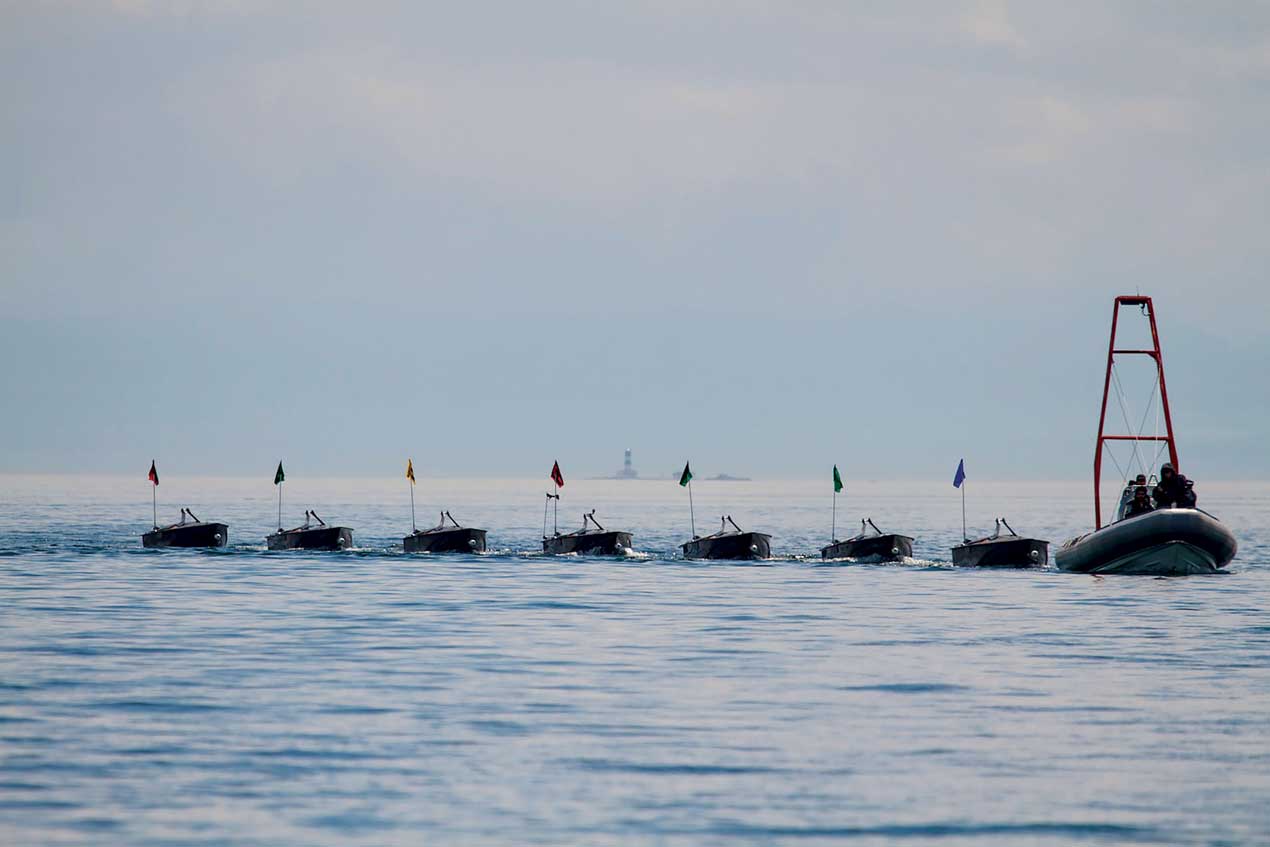 The order is placed under an existing five-year, CAD$35 million framework contract with the Canadian Department of National Defence, awarded in May 2016, for the provision of surface and aerial target systems. The deal brings total worldwide Hammerhead orders to more than 425 – the highest of any surface target in production.

The Hammerhead, fitted with a wide variety of threat emulating payloads, enables ship operators to train against the piracy threat by simulating Fast Inshore Attack Craft. The targets can be controlled in large swarms to replicate a co-ordinated attack by multiple vessels.

“The Hammerhead is continually proving to be a cost effective and high performing surface target for the RCN and several other customers around the world,” said Peter Longstaff, managing director of QinetiQ Target Systems. The Hammerhead will be manufactured at QinetiQ’s manufacturing facilities in Medicine Hat, Alberta and Ashford Kent, using a deep supply network across both respective countries.

QinetiQ Target Systems (QTS) was formed in December 2016, when QinetiQ invested £57.5 million in the acquisition of Meggitt Target Systems.

A full-scale model of the Hammerhead target will be on display on QinetiQ’s stand at Defence and Security Equipment International (DSEI) from 12 to 15 September 2017.

Also on display will be QinetiQ’s AS3 communications intelligence (COMINT) system, which is ready to fly as a payload on Thales’s Watchkeeper  tactical unmanned aerial vehicle (UAV), which is used by the British Army for aerial surveillance and target acquisition. Part of QinetiQ’s ASX family, AS3 is designed specifically for UAVs and small manned platforms. It enables the operator to detect signals from military communications devices and then locate, identify and listen to the individuals using them.

Fitted to Watchkeeper, AS3 is designed to increase the UAV’s sensor footprint and enable it to work with ground-based systems, such as QinetiQ’s MEWS, to locate military communications with greater precision. It allows the platform to undertake communications intelligence missions that would normally be carried out by larger more strategic platforms, such as multi-engine business jets.

AS3’s integration into Watchkeeper is the culmination of a jointly funded collaborative project between Thales and QinetiQ, with its roots in a contract with the Defence Science and Technology Laboratory (Dstl). The achievement follows a rigorous programme of engineering and safety case activity, which saw QinetiQ design, test and manufacture a bespoke chassis to hold the AS3 payload in place.

“Having combined our technologies and expertise to enhance the platform, we look forward to demonstrating the new capability in its first flight trials,” said Ian Fuller, campaign lead for Airborne Surveillance at QinetiQ.