Naval and Medical Innovations Dominate At This Year's Show 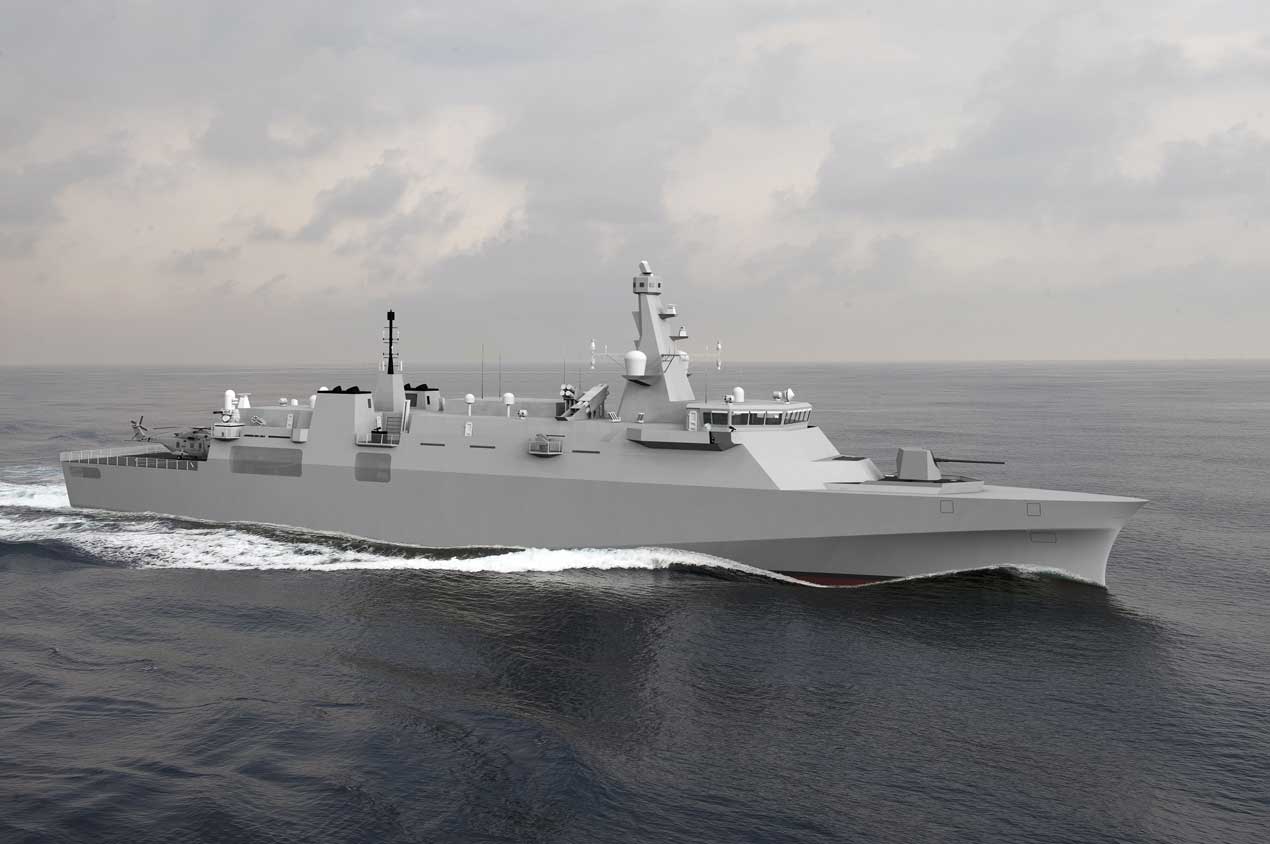 More than 1,600 exhibitors from 54 countries will take part in the 2017 Defence and Security Equipment International (DSEI) exhibition, which officially opens tomorrow at the ExCel Centre in London’s docklands.

The medical zone at this year’s show has more than doubled in size with demonstrations including a pioneering smartphone app, called citizenAID, to help soldiers and civilians deal with injuries following acts of violence, while waiting for emergency services.

First time exhibitor, MDT Global Solutions, a company focused on the simulation theme of the Medical Zone, is a world leader in the supply of simulated bodies for military, police and medical training. The company creates lifelike products which feature injury patterns that allow for realistic training events.

Tytek Medical manufactures compact, pre-hospital, emergency medical equipment which has been designed for military medics in current conflicts in the Middle East. Tools such as their Piranha Trauma Shears have been designed to cut through any material, including webbing, leather, boots, heavy winter gear and any metal components.

Another new exhibitor to DSEI, Bodytrak, has created the first, and only, unobtrusive body monitoring platform to accurately measure multiple physiological factors via an in-ear device. The solution was developed in response to the death of three SAS recruits through hyperthermia. To find out more about Bodytrak, click here.

Philips Healthcare, will discuss their latest mobile ultrasound technology and why it is a game-changer for military and disaster relief clinicians. Another seminar session, led by BlackBoxBiometrics, will showcase its Blast Guage System for measuring blast exposure to the brain. The system has been used by US Special Forces, the Army and SWAT teams.

DSEI’s Thames-side location enables a programme of live-action waterborne exercises from nine specialised vessels throughout the week, exhibiting the very latest developments in maritime capability. Named “Operation MARCAP”, the scenario focuses on a Royal Marines team identifying, surveilling and boarding a suspect vessel under the cover of fire-support.

The event will welcome a selection of visiting warships from the Royal Navy:

As well as vessels from the Belgian and Irish Naval forces.

On the dock, next to the Type 23 frigate, a navy Wildcat Helicopter and a Merlin MK4 helicopter will be on display.

Look out for some major announcements during the show regarding UK maritime collaboration with other countries on naval programmes. Ship design will feature at the show, with BMT previewing its VENATOR-110 General Purpose Light Frigate, which is considered  a strong contender for the UK Royal Navy's Type 31e frigate programme.

The VENATOR-110 is a flexible and tailorable modern warship, able to provide a breadth of credible capability from maritime security to warfighting, worldwide, at an affordable procurement cost. BMT says the design is gaining traction through several overseas opportunities such as the US  Navy's Guided Missile Frigate  replacement progamme, FFG(X) and Colombian PES programmes.  VENATOR-110 is a standard platform with a flexible/modular approach enabling different customers to have a "menu of choice".  It is also design configured for "block-build," enabling different parts to be built in different shipyards.

Babcock will also showcase its new Arrowhead,  120 m general-purpose frigate at DSEI. Arrowhead’s, adaptable configuration acknowledges operational roles will change through the life of the ship, with multiple mission bays incorporated into the design allowing for rapid reconfiguration and re-role to meet changing operational needs.

The vessel can accommodate a variety of equipment choices and can be deployed for a broad range of roles from low threat security operations to task force deployments. The Arrowhead design lends itself equally to either a single build strategy, or a cross–site build strategy bringing together modules—an approach used for aircraft carrier assembly at Rosyth.

"Arrowhead is a game changing general purpose frigate for modern navies," says Craig Lockhart, managing director, Naval Marine at Babcock. “Optimising through life support costs is at the very core of the principles of Arrowhead’s design and build methodology, all balanced against the ability to deliver the required capability."

The waterborne demos at DSEI will include a preview of Supacat’s new Rigid Inflatable Boat, a collaboration with Norwegian boat builder, Goldfish. To find out more, click here.

James Fisher Defence will demo its SEAL Carrier and Torpedo SEAL Swimmer Delivery Vehicles, as well as submarine escape and rescue capabilities. The SEAL Carrier will be demonstrated at the waterborne demonstrations each day at DSEI. 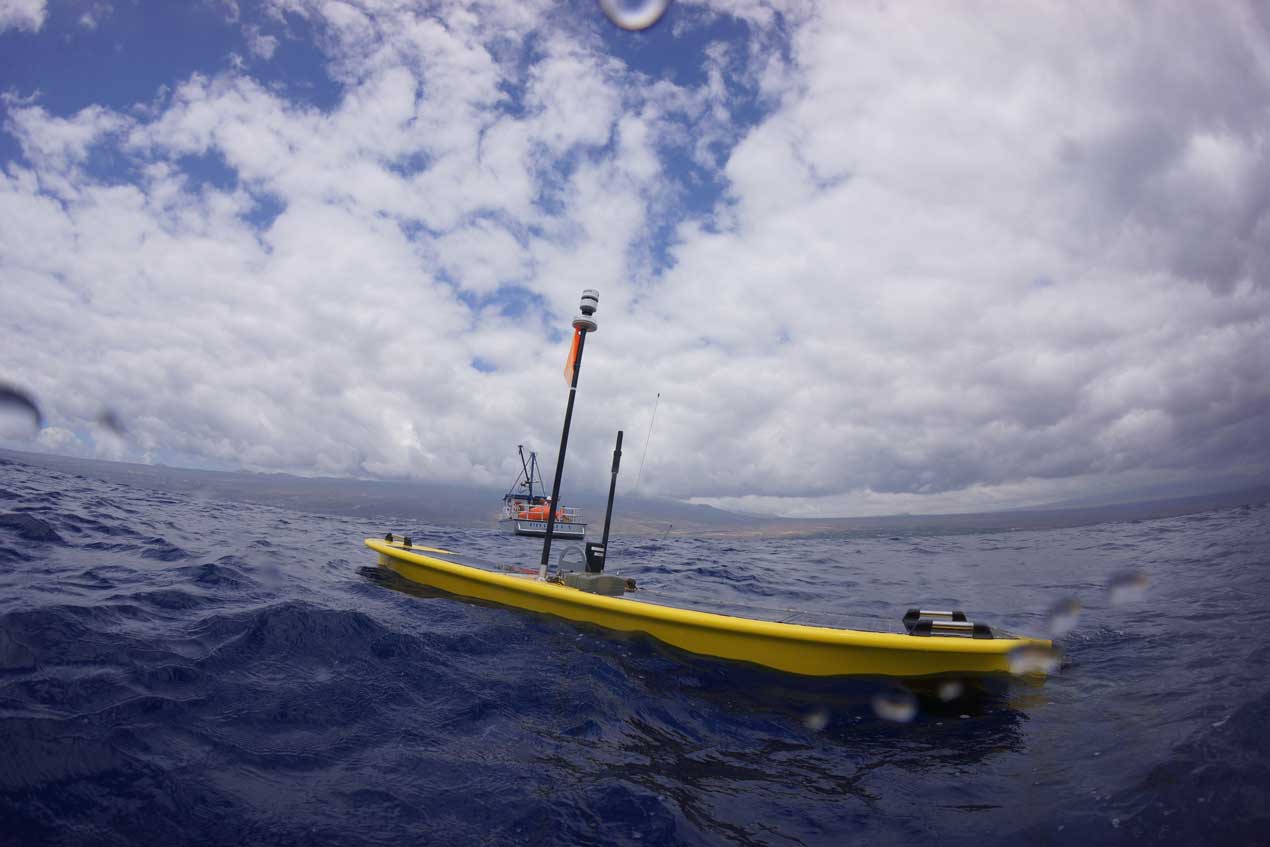 The Naval Zone will also feature Liquid Robotics’ Wave Glider, which can be used for anti-submarine warfare, ISR and surface vessel detection. Admiral Sir George Zambellas, formerly the First Sea Lord of the Royal Navy, will highlight WaveGlider in his discussion of Changing Perceptions in Underwater Defence and Security: Respecting the March of Technology in the Naval Theatre on Tuesday 12 September.

Also on display in the Naval Zone (ND4) is a full-scale Dragonfire laser beam director. Dragonfire is a consortium led by MBDA, with Leonardo and QinetiQ, which is developing a Laser Directed Energy Weapon capability demonstrator for the UK Ministry of Defence.

Unmanned systems will feature prominently at DSEI this year. Highlights include Swarm Systems’ nano unmanned air system, Owl 4, which provides warfighters with “round the corner” and “over the hill” surveillance capabilities.

Strategic Robotic Systems will exhibit its new FUSION hybrid underwater vehicle, which can be operated autonomously or remotely or used as a diver navigation and propulsion device.

Marathon Targets will showcase its autonomous robotic targets for live-fire marksmanship training. Also on display will be systems for countering drones, including Delft Dynamics’ DroneCatcher netgun, which incorporates an onboard camera, laser rangefinder and tracking system.