Rheinmetall and Israel’s UVision are to supply HERO loitering munitions to a major European NATO partner in a deal said to be in the single-digit million-euro range.

Rheinmetall set up a partnership with UVision in 2021 to sell its HERO family of loitering munitions in Europe.

The customer, a special forces formation, ordered Hero-30 combat and training munitions, a simulator, training courses, as well as integrated logistics equipment and support. The exact number of munitions to be supplied is classified. The order was placed in July 2022, with delivery scheduled to take place by next year.

For both Rheinmetall and UVision, the order is of particular importance as it is the first delivery to a major European NATO force. European interest in loitering munitions has been sparked by their ovel use in the war in Ukraine to attack Russian artillery positions from a safe distance.

Most of the LMs being used in Ukraine are supplied by countries such as the US. Howevever, UVision told Defence Procurement International back in May that it was experiencing very large interest at the moment in its Hero family of munitions. “We’re getting calls from everybody, but there are limits on where we can sell and export to,” said Dagan Lev-Ari, marketing director at UVision.

Full details of this latest contract with a major NATO European partner cannot be disclosed publicly. However, prior to awarding the contract, the customer conducted a market survey indicating that the HERO family had already proven itself in service with other armed forces such as the United States Marine Corps.

UVision’s Hero 120, which carries up to a 4.5 kg warhead, and has a flight time of 60 minutes, was selected by the USMC to meet its Organic Precision Fires-Mounted (OPF-M) requirement, which will see it mounted on a vehicle and fired using a multi-canister launcher

In addition, Rheinmetall said due to the high operability of the HERO systems family, there is the possibility that the undisclosed European customer will also introduce the next-in-series HERO loitering munitions into its forces in the future.

The Hero loitering munition is a series of operationally proven, widely deployed effectors, manufactured and distributed in Europe as part of a cooperation between UVision Air and Rheinmetall's Italian subsidiary, RWM Italia S.p.A. 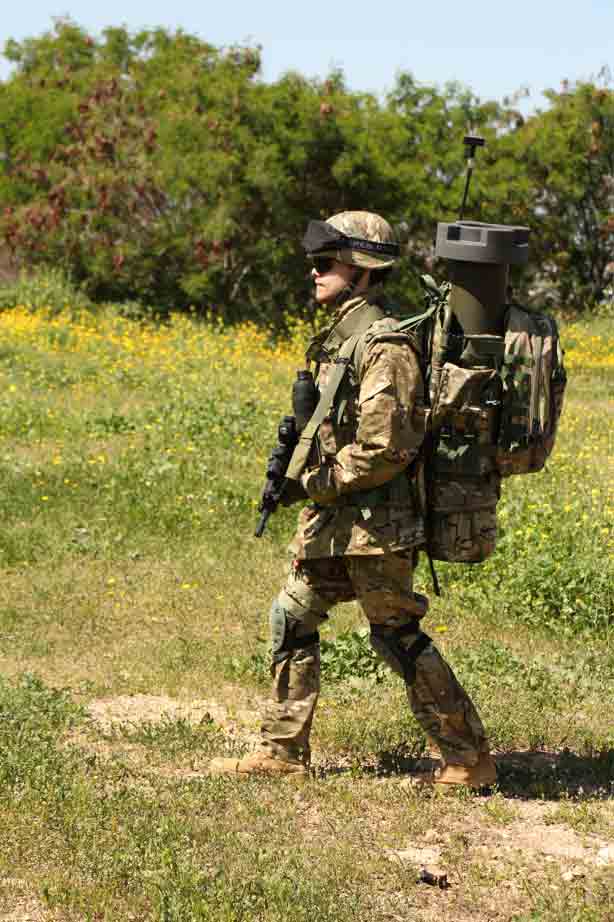 Loitering munitions – remote-controlled airborne precision-strike munitions – combine the operational advantages of drones and guided missiles. The systems provide frontline forces with a combination of advanced intelligence gathering and target acquisition capabilities along with extended range firepower, which until now could only be achieved by complex coordination between several units and echelons.

The term loitering munition (“LM” for short) is derived from the munition’s ability to remain undetected in the airspace above the target area for an extended period of time and to strike when the right moment arrives.

Versatile and easy to operate, loitering munitions can be used in national and allied defence as well as in low-intensity conflicts or peace stabilisation operations.

Rheinmetall says LMs offer the military user considerable cost advantages over guided missiles, delivering comparable effectiveness as well as the ability to reconnoitre, locate and track targets from the air for an extended period.

An important tactical advantage of the operationally proven UVision HERO systems lies in its high-precision strike capabilities, which is said to result in minimal risk of collateral damage. Continuous monitoring in accordance with the "human in the loop" principle enables calculated, pinpoint attacks that are precisely tailored to the timing and conditions of a constantly changing situation.

A loitering munition system includes a single or multi-canister launcher, a loitering munition (or multiple LMs if the latter), communication technology, and a ground control module for the operator. The loitering munitions themselves are remote-controlled small air vehicles, each of which can attack ground targets – even beyond the line of sight.

All models are equipped with high-resolution electro-optical sensors and infrared cameras that enable the operator to locate, monitor and ultimately engage even time-critical low-signature targets.

In this way, enemy targets can be located, tracked, and verified to conduct precise strikes. The HERO system can abort an attack in mid-air, return to flight mode and then resume the attack or reassign other targets, giving operators tactical flexibility on the battlefield.