Your drone can help us win this war. Ukraine's Army of Drones crowdfunding project aims to procure thousands of drones for air reconnaissance. 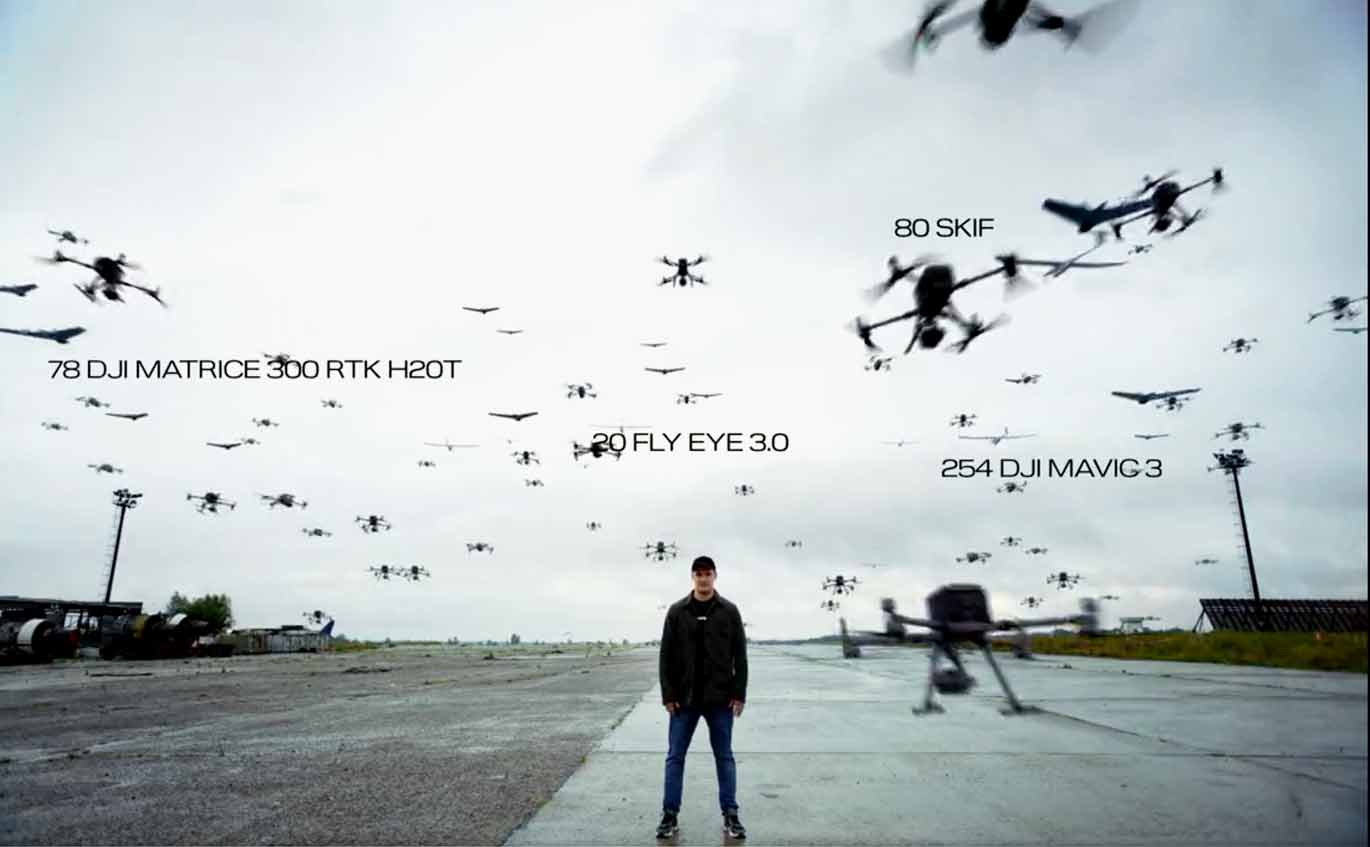 A slick video on Twitter using CGI, shows Mykhailo Fedorov, Ukraine's Minister of Digital Transformation, with some of the drones already purchased by the Army of Drones crowdfunding campaign

Ukraine is taking its drone war against Russian forces to unimaginable heights with a new crowdfunding campaign for an Army of Drones. The campaign aims to raise money to procure thousands of drones to monitor the more than 2,470 km long frontline in Ukraine and provide an effective response to Russian attacks.

“This is a complex program that involves a drone procurement, their maintenance and replacement, as well as pilots' training,” the Army of Drones webpage stated. “Make a donation to the account of the Ministry of Defence via UNITED24, and we will buy drones. Or, even give us your own drone! “Dronate” it! Glory to Ukraine!”

The crowdfunding project was launched by the General Staff of the Ukrainian Armed Forces, the Ministry of Digital Transformation and UNITED24, the official site for all charitable donations to Ukraine which was launched by Ukrainian President Volodymyr Zelenskyy.

But Ukraine's Army of Drones is as much about information warfare as it is about air superiority. A slick video shared on Twitter prefaced with the words: “What would happen if 472 soldiers from Army of Drones are simultaneously flying up the sky?” shows computer-generated images of drones already procured under the crowdfunding programme, flying past Mykhailo Fedorov, Ukraine’s vice Prime Minister and Minister of Digital Transformation, and one of the key instigators of the crowdfunding project. 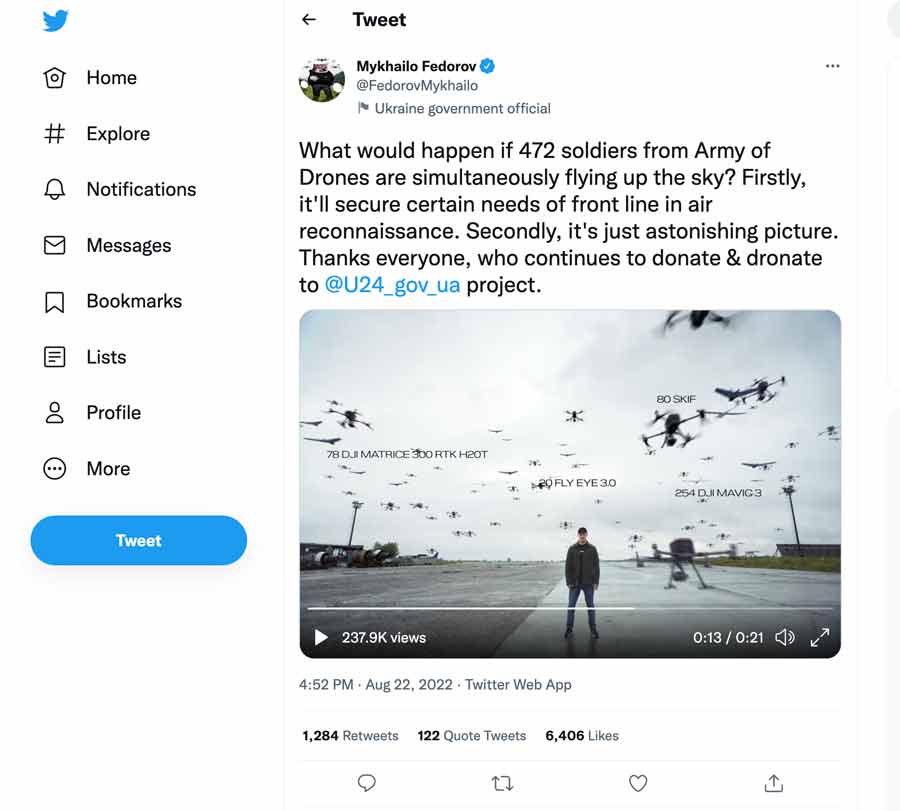 “To make our army stronger and protect our defenders, we are assembling the Army of Drones,” Fedorov stated in a separate video on the project’s website. The project’s first target is to procure 200 air reconnaissance drones that can fly for up to 24 hours and constantly monitor the frontline using thermographic cameras with GPS modules and mapping software.

“Such birds can fly 50 kilometres behind enemy lines, equipped with state-of-the-art systems for detecting positions,” stated Federov. “They are difficult to spot and shoot down.”

The crowdfunding campaign is also looking to acquire thousands of ‘simpler drones,” which are typically used to take pictures of nature. Drone donations can be sent to specialist hubs set up in Poland, Ukraine and the US.

“It’s your drone that can help us win this war,” Federov proclaims at the end of the video.

But just how effective is Ukraine's Army of Drones likely to be against Russian land forces armed with sophisticated radars and jamming equipment? Well, you may be surprised.

Ukrainian forces have used small commercial off-the-shelf unmanned air systems armed with grenades and mortar rounds to great effect against Russian forces and tanks. Even if they don't hit their target, these drones can have a devastating psychological impact on the morale of Russian forces.

“These small drones are also flying decoy missions against Russian air defence units, though probably with less success because Russia’s counter-UAS radars are having huge difficulty tracking these small objects in the first place,” Philip Butterworth-Hayes editor and publisher of www.unmannedairspace.info wrote in the Summer issue of DPI.

While Russia has been able to deploy highly successful C-UAS air defence systems in Libya and Syria to defend against static targets, its mobile Pantsyr-S1M air defence system — developed as a single unit to protect against aircraft, helicopters, precision munitions, cruise missiles and UAS – hasn’t been able to provide the kind of defence against smaller UAS for which it was designed, says Butterworth-Hayes.

Detecting smaller UAS is particularly challenging for air defence systems given their slow speed and low radar cross-section. But Russia is not alone in finding detection of small drones, either singularly or in swarm formations, a tough technical challenge, says Butterworth-Hayes.

Other countries, including the US, are devising increasingly novel solutions to counter the small drone threat, including visual systems of hoverflies to detect drones’ acoustic signatures from almost four kilometres away, directed energy weapon systems, net capture drone systems and different types of intercept drones.