The Future For UK Combat Aircraft Hangs In The Balance

The aerospace industry calls for investment and support to maintain the UK's leading position in combat air power, which has been challenged by defence budget cuts and the growing procurement of systems from abroad. 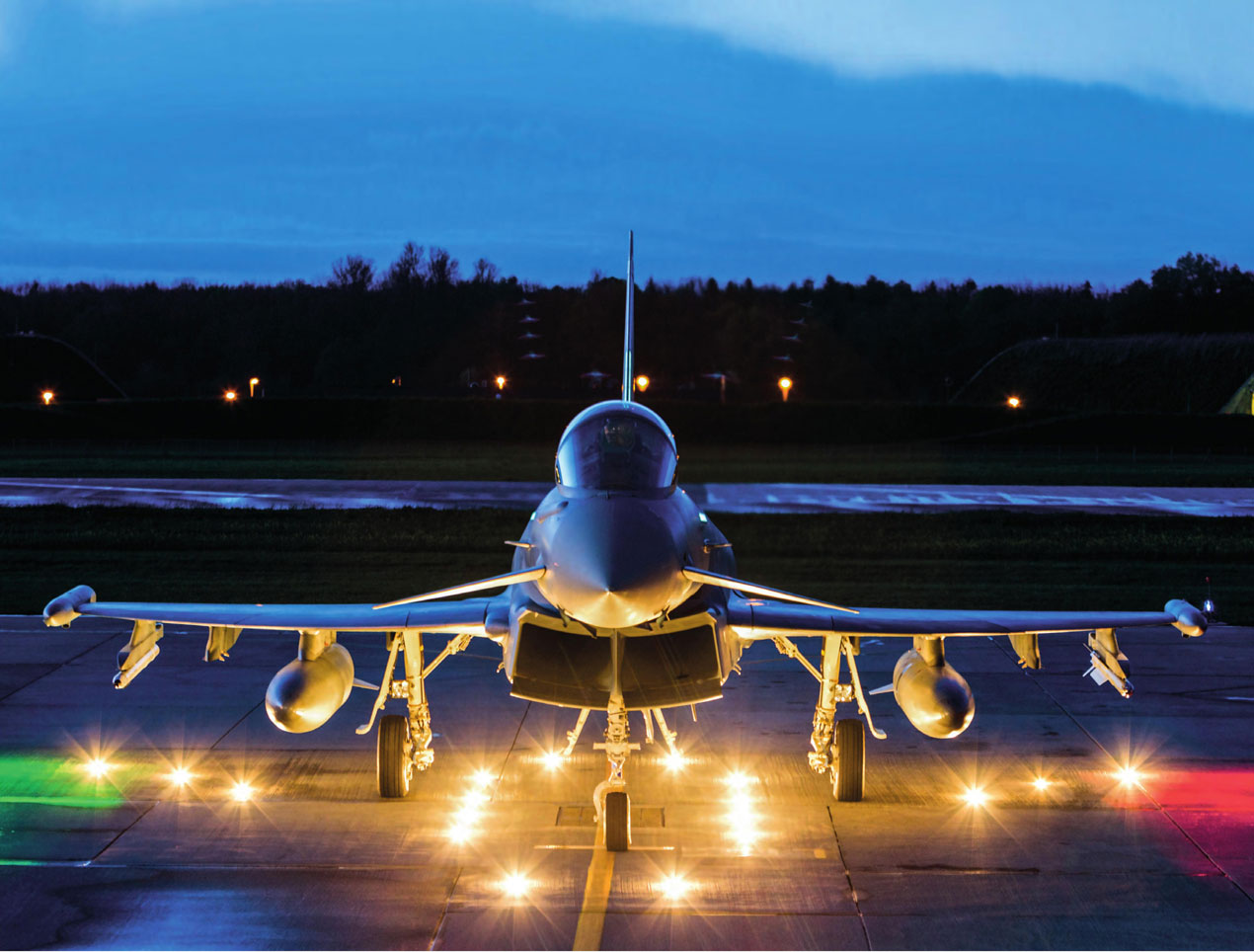 With the Eurofighter scheduled to go out of service by mid 2020, what next for the UK's future Combat Air Power (Copyright: Dr. Andreas Zeitler)

The UK Government’s new Combat Air Strategy must set out a roadmap to enable UK industry to provide the Royal Air Force and international partners with the next generation of military air capability, says the ADS.

The Combat Air Strategy was announced by Defence Secretary Gavin Williamson back in February, ahead of the Royal Air Force celebratings its  centenary.

Although most of the next-generation combat aircraft that will be flown by RAF pilots, including unmanned systems, will be procured from US companies (Lockheed Martin and General Atomics), the UK is the US’s only Tier 1 partner on the F-35 Lightning II programme, with British industry building around 15% of every F-35.

The UK’s RAF has also ratcheted up more than 20,000 flying hours on the Eurofighter Typhoon, with the UK being one of four partner nations in the Typhoon programme. But as Justin Bronk, research fellow for Airpower and Technology at the Royal United Services Institute (RUSI) writes,  the Typhoon production line is unlikely to stay open beyond the mid-2020s. And whilst BAE Systems is a “sub-systems provider” in the global supply chain for the F-35 fifth-generation fighter jet, Bronk says BAE has not assumed a leading role in the design, development and manufacture of a new combat aircraft.

“Manufacturing parts for the F-35 also does not help to generate new intellectual property for BAE Systems, or indeed other UK subcomponent contractors. In order to secure its Tier 1 partner position and influence within the F-35 programme, the UK had to ‘buy in’ with intellectual property as well as funds.” The same was true for Tornado and Eurofighter, writes Bronk.

Last October, BAE Systems’ announced plans to cut approximately 2,000 jobs from its military air and Information and maritime workforce. The announcement pertained to Typhoon final assembly and Hawk production, with BAE saying it had to make the reductions to ensure production continuity and competitive costs between the completion of current contracts and anticipated new orders.

The UK was also surprisingly excluded from an accord signed last summer between France and Germany  to develop a future combat aircraft, despite having already worked closely with France on a future unmanned combat aircraft and being part of the original European Typhoon consortium with France, Germany and Italy. Brexit, it seems, may be already having an impact on the UK's aerospace industry.

There are also concerns about the affordability of the UK ‘s defence ambitions. Williamson is believed to have asked Theresa May for more money to be spent on defence., but none has been forthcoming so far. Although the UK is one of the few countries that meets the NATO 2% of GDP spending target, it is under pressure from allies, such as the US, to spend more on defence.

With the Farnborough International Air Show just days away, the UK government is expected to use the event to announce more details about its future Combat Air Strategy..

Everitt said an ambitious combat air strategy would encourage greater public and private sector investment in technology, innovation and high-value design skills in the UK. “Industry and government working in partnership will demonstrate serious intent and encourage engagement with international partners looking to address their own security requirements and build important defence and industrial relationships.”

ADS says industry priorities for the new combat air strategy should include:

2) Supporting the development of innovative intellectual property in the UK by driving forward a vision for UK research and development, and high value design.

3) Creating an internationally competitive offer for UK export markets to secure the customers needed to support a successful and sustainable programme.

4) Delivering a long-term outlook that enables the decision-making needed to achieve a seamless transition from current combat aircraft to future generations, protecting our national security.

The current generation of combat aircraft will go out of service from 2040. Everitt says the long-term nature of a new programme to develop the next generation of combat air capability requires early commitment and a clear timetable for future decisions. Practical steps towards a successful combat air strategy should include establishing a high value design centre – with benefits beyond the defence sector – to cut the costs and timescales associated with designing and developing new aircraft and air systems.

Combat aerospace is a major contributor to the UK economy:

85% of UK defence exports come from the aerospace sector