Myanmar's Military Coup: How The Tatmadaw Have Clung on to Power for More Than 50 years 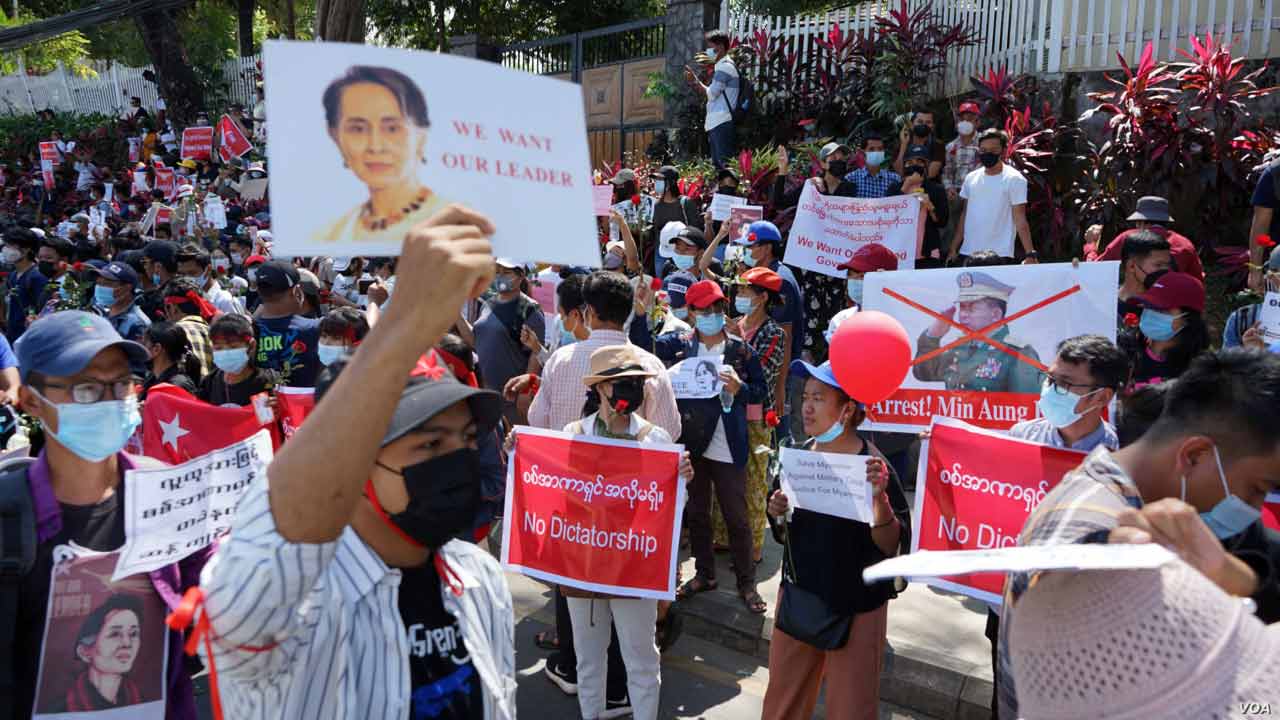 But how much do we know about the military forces that have had a grip on power in the embattled Southeast Asian country for more than 50 years? And which countries continue to supply military hardware to Myanmar's armed forces, despite its reputation for brutal force and human rights abuses?

Aung San Suu Kyi's National League for Democracy (NLD) has served as the country's democratically elected government since 2015. The NLD was about to enter its second term after a landslide victory in last November's elections, but on February 1, the Tatmadaw, the vernacular name for Myanmar's military, ousted Aung San Suu Kyi, alongside other government members.

The NLD's leader, Aung San Suu Kyi, has a complicated relationship with the country's military, which no doubt stems from the fact that this powerful well-armed force was founded by her father, the Burmese revolutionary Aung San, who is celebrated as the Father  of the Nation for delivering Burma from colonial rule.

Despite the military putting her under house arrest for many years and more recently being responsible for a brutal crackdown against Myanmar's Rohingya Muslims, Aung San Suu Kyi has stated previously that she has tremendous goodwill towards the Army.

Aung San founded the Burma Independence Army (BIA) in Bangkok in 1941 with the support of Imperial Japan, which was then in occupation of Thailand. His army then helped Japan to seize Burma in 1942, when it was still a self-governing colony of the British.

Doubting Japan’s assurances of granting independence to his country, Aung San co-operated with the  British and, in 1945, helped the Allies defeat the Japanese occupiers. But he never got to see his beloved Burma gain independence as he was assassinated just six months prior in July 1947 at the age of 32.

Since the country’s founding, the Tatmadaw, which literally means 'royal force,' has been deeply involved in domestic politics, running the country for five decades following a military coup in 1962.

COUNTRIES THAT SELL WEAPONS TO MYANMAR

A tremulous democratic transition began in 2011, but despite the NLD winning democratically held elections, a constitution drawn up in 2008 saw the Tatmadaw maintain control of a quarter of parliamentary seats and key ministries such as home affairs, defence and border affairs.

The Tatmadaw’s inventory in the past mostly comprised older Chinese and Soviet-era equipment, but modern acquisitions in recent years have transformed the armed forces, with major suppliers including China, Russia, Israel, Belarus, India and South Korea.

The Myanmar Navy, which largely comprises surface combatants, metamorphosed last December into a three-dimensional force upon receipt of a refurbished Soviet era Kilo class diesel-electric submarine  from the Indian Navy. The Navy’s aerial defence  accrues  from  the Swedish Bofors 40 mm and the Chinese-made ZPU-2/Type 58 anti-aircraft guns.

A 2019 UN Independent International Fact-Finding Mission on Myanmar highlighted a vast web of companies which Myanmar’s military is alleged to control.

It also highlighted revenues the military is alleged to have earned from domestic and foreign business deals that “substantially enhance its ability to carry out gross violations of human rights,” which refers to the brutal crackdown in August 2017, which killed thousands of Rohingya Muslims and forced more than 740,000 to flee Rakhine to bordering Bangladesh.

Despite knowledge of the Tatmadaw’s excesses, the UN mission claims that 14 companies from China, Russia, Ukraine, Israel, North Korea, India and the Philippines have supplied fighter jets, armoured combat vehicles, warships, missiles and missile launchers to Myanmar since 2016. It also found 59 foreign firms had commercial ties with Tatmadaw businesses.

They also stated that "pre-existing EU restrictive measures such as an embargo on arms and equipment remain in place.

HOW THE TATMADAW FUNDS ITSELF

According to the UN Fact Finding Mission, MEHL and MEC own at least 120 businesses involved in everything from construction to pharmaceuticals, manufacturing, insurance, tourism and banking,

Justice For Myanmar (JFM), “a covert group of activists campaigning for justice and accountability for the people of Myanmar,” says it has provided evidence about the Tatmadaw’s clandestine and extensive corporate set-up to the Organised Crime and Corruption Reporting Project (OCCRP), an investigative reporting platform and international media network.

JFM claim that income from MEC and MEHL are not disclosed to parliament, leading to a massive loss of public funds, which it alleges the military can utilise off-budget.