Hear from the Ukrainian start-up that is giving the Ukrainian Army a technological edge, building and repairing ordnance-carrying and surveillance drones. 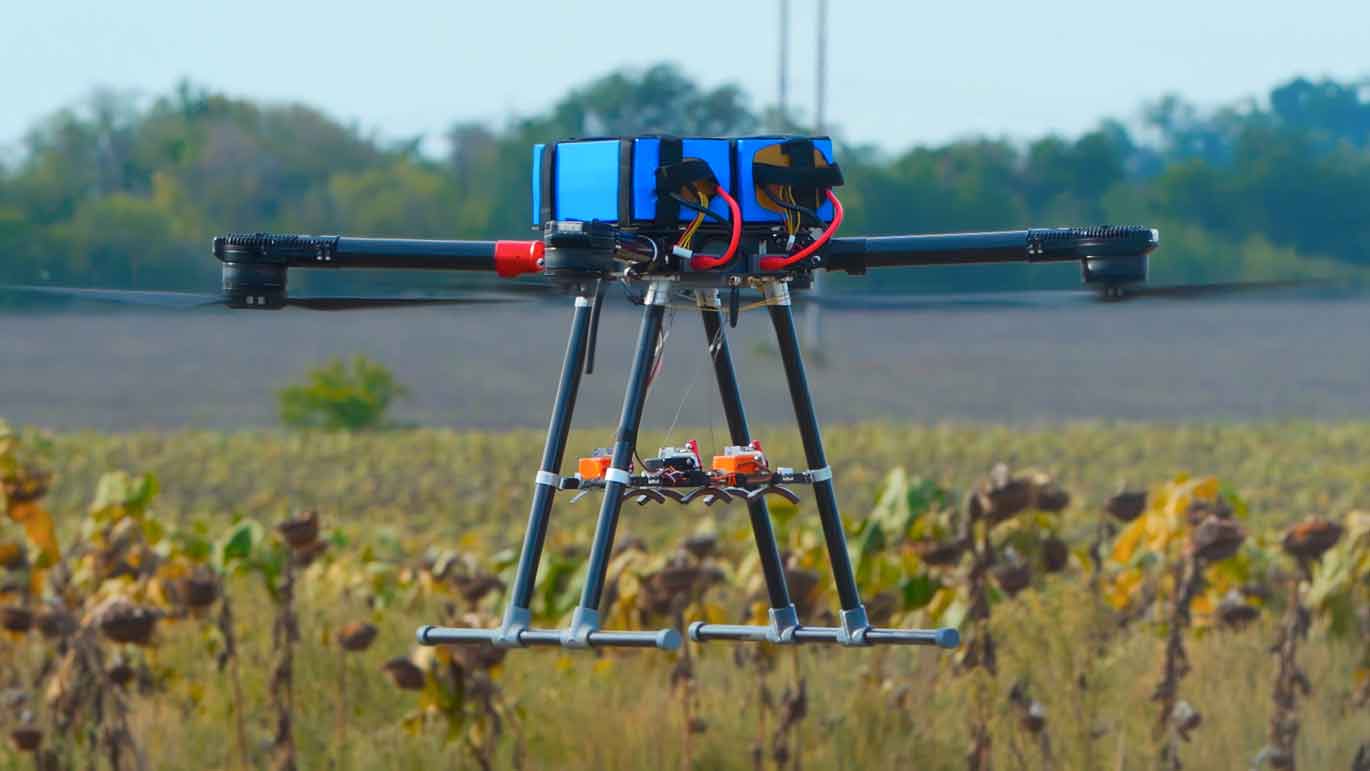 “We do what we can, with what we have, where we are,” is a common refrain you hear from Ukrainians. It sums up the unique and innovative way that the country and its people have been able to respond to Russian aggression using whatever is at their disposal – petrol bombs, Molotov cocktails, or off-the-shelf drones.

While Ukraine has received billions of dollars in military aid (anti-tank missiles, drones, howitzers, air defence systems, helmets, armoured vehicles), the on-the-ground-reality is that while Western military aid continues to pour into Ukraine — or trickle in in the case of air defence systems and tanks pledged by Europe and the US – the Ukrainian Army is still having to make do with what it has. This is particularly true when it comes to drones. As the Ukrainian Army has discovered, you can never have enough drones, which is why the government has set up a donations page where people can donate money, or drones, for Ukraine’s so-called Army of Drones.

In the early phases of the war in Ukraine, videos emerged on social media of the Turkish Bayraktar TB-2 UAV taking out Russian tanks, artillery, and air defence systems. Countries like the US have also donated Switchblade ‘kamikaze drones,’ but there is also an army of citizens and volunteers on the ground in Ukraine assembling and maintaining drones for the Army, using whatever parts they can get their hands on.

One such company is Ukrainian start-up Iziviz, which before the war was making drones for inspecting dangerous and hard-to-reach places, such as oil cisterns, sewers, tanks, or toxic low-oxygen spaces. Iziviz’s inspection drones are designed to fly without GPS, instead relying on computer vision and inertial measurement unit sensors or optical navigation.

“After the war began, we started to work with the military giving them drones and helping repair them,” says Konstantin Klyagin, an investor and partner in Iziviz. “The drones we have built for the military are mostly tactical and are built on one of our platforms (RD1) originally conceived as a silo drone. These drones are being used by the Army to carry cargo to certain coordinates mostly for attacks.”

The RD1 is a lightweight surveillance drone that offers up to one hour of flight time without any payload. It can carry up to 1.5 kg of cargo as far as 5km away, drop it in a designated place, and safely return. The RD5 “is a heavier-duty version of the RD1.” It can carry a 5 kg payload as far as 10 km and be used for ordnance drop-offs or surveillance.

Ukraine: There is a constant flow of drones to repair

Klyagin relocated his family to Portugal when the war broke out in Ukraine but has a small team still on the ground in Ukraine, building and maintaining drones for the Ukrainian Army.  “It is becoming an increasingly stressful environment for the team to operate in,” he says. One of the team members who remained behind in Ukraine is Roman (he asked us not to use his last name as there are pro-Russian insurgents where he is based in Ukraine and being exposed is dangerous). Roman is based just 50 kilometres from the frontline where fighting continues.

Before the war he worked in a steel factory using drones to measure piles of material. He was inspired to start building drones as every time there was an inspection, scaffolding needed to be built and people risked getting injured. “I thought, drones can do this job better,” he says. As Roman and Iziviz is discovering, drones can do a lot of things when your country is at war.

“There is a constant flow of drones to repair,” says Roman. “We can’t say no to the soldiers. We are all interested in the same outcome, getting rid of the invaders. That is our motivation.” He says the most common requests from the Ukrainian Army are: “More payload, more range and a stable signal.” While much has been written about the use of mass-produced commercial drones by the Ukrainian Army, Roman says these drones do not satisfy all their needs as they rely heavily on GPS, so they are unable to return to base if the signal is jammed. They also lack any built-in protection against electronic warfare (EW), so are easy to track and often expose an operator’s location.

“The Russians are pushing a lot of big jammers towards the frontline, so it is becoming significantly more difficult to use drones there,” says Roman. To counter this threat, he says Iziviz’s drones rely on multiple scenarios for flying in a jammed environment. “As soon as a drone loses its signal, it understands there’s a jammer and turns around back towards the direction it came from and flies back to catch the signal again.”

All the drones Iziviz provides to the Ukrainian Army, are painstakingly built by hand. “We don’t have any mass production,” says Klyagin. “There are certain budgetary constraints. We’re trying to build the lightest, and most robust drone available.” So far, Klyagin says his team has built two aerial reconnaissance drones, worth around $10,000 each, for the Ukrainian Army, which he paid for out of his own pocket.

Their range is up to 15 kms and they are VTOL with vertical start and quadcopters and then they fly like airplanes. Five RD1 and six RD6 bomber drones have been built on its Iziviz Heavy platform, and it has also constructed kamikaze drones that can carry a 1 kg payload; and that sell for about $600 a piece. “We’re also working on a deal to custom-develop a very cheap and disposable drone with night vision and anti-EW functionality from a NATO-affiliated organisation.”

Bombarding the enemy with drone swarms

Using masses of drones to bombard the enemy is a concept that is catching on and is no doubt inspired by Russia’s use of Iranian-made Shahed-136 drones to bombard Ukraine’s cities and civilian infrastructure. However, Klyagin says even the Iranian drones are still too expensive. Estimates suggest the cost of a Shahed range anywhere between €20,000 to €50,000 per vehicle.

Klyagin and his small team in Ukraine aren’t the only ones looking at ways of developing drones more cheaply. Drone expert James Earl, who served as a helicopter pilot in the Royal Air Force and has worked on a range of commercial drone projects, says that he is aware of a few drone companies developing “basic munition carriers utilising drone technology” effectively creating long-range artillery style capabilities, but at a much lower price point ($15,000 per drone).

He says the drones uses simple piston and in some cases jet technology and can travel at speeds of up to 300 km to 350 km an hour, with a range of up to 500 km and a payload capacity of up to 40 kg. “It’s not super-sonic, but very fast, and its attraction is that it's cheaper than anything else out there,” he says. “The acronym used by the leading manufacturer of these platforms is simple, affordable, and disposable (SAD).

Earl says one of the biggest markets for this type of capability are African countries that are being priced out of the long-range artillery market, but he says Ukraine has become a real hot bed of innovation in this area. “The war in Ukraine is challenging a lot of people’s views on defence procurement. The bureaucracy and the time it can take to approve a project, means a lot of militaries won’t be able to keep up with developments that are happening in Ukraine,” he says.

The war in Ukraine has proven to be the perfect “sandbox” for testing new and novel drone technologies. “The heavy use of Iranian kamikaze drones by Russia means we are now looking at developing some anti-drone solutions,” says Klyagin. “I can’t disclose any more, but it does involve using drones against drones.” Once the Russian invaders are defeated, Iziviz aims to go global with its technology.