UK MoD is wasting billions of dollars in taxpayers money, according to Labour dossier

The Labour Party's 'Dossier of Waste,' says the UK Ministry of Defence is failing British troops and taxpayers by mismanaging defence contracts worth billions. 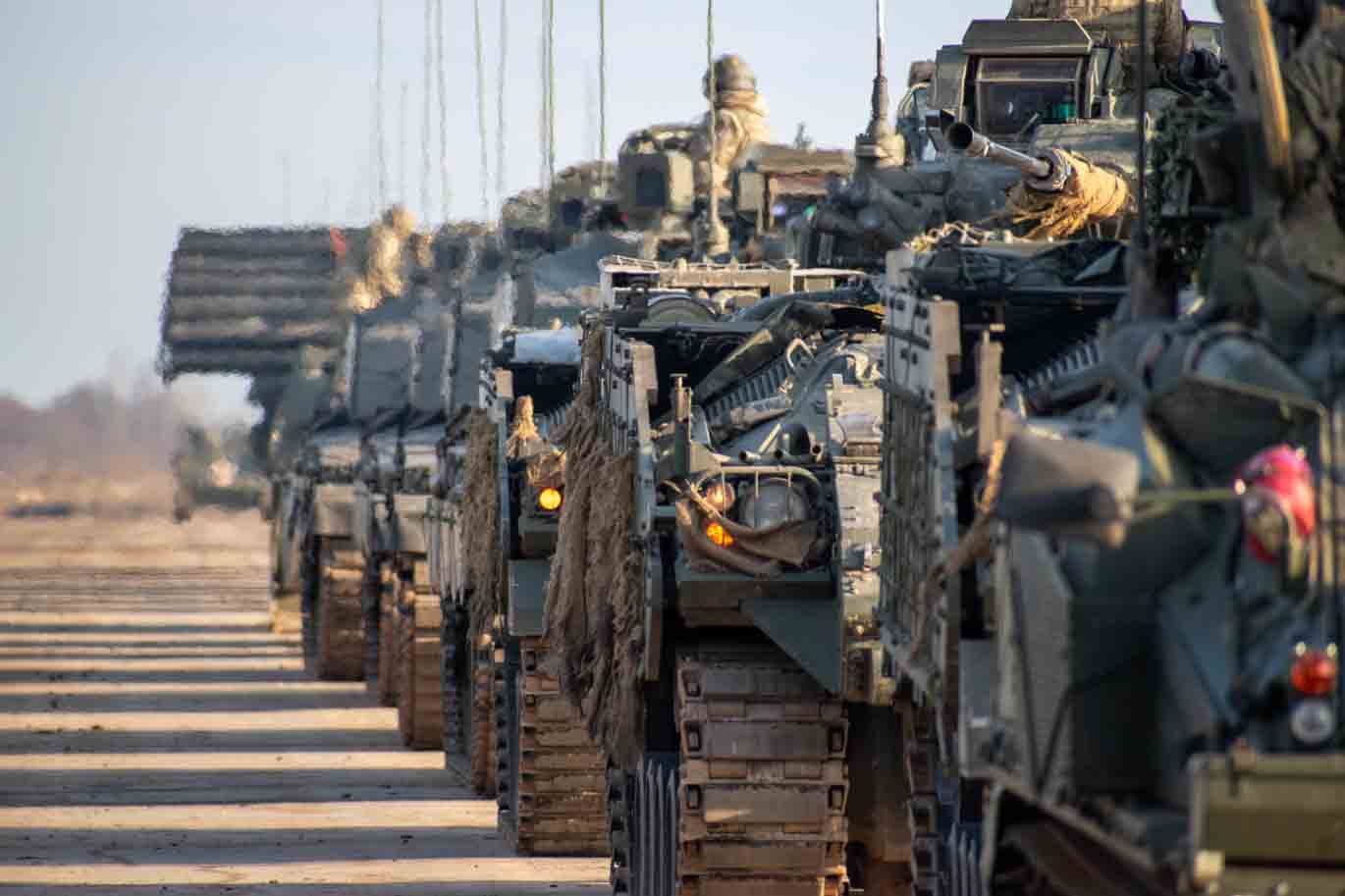 One of the waste cases highlighted in Labour's Dossier of Waste is the scrapping of the Warrior sustainment programme after 10 years of development and £594.6 million in investment (Photo: MoD/Crown Copyright).

A 'Dossier of Waste' published by the UK Labour Party has described the Ministry of Defence (MoD) as a “uniquely failing department,” responsible for wasting more than £13 billion in taxpayer's money since 2010.

Quoting from a 14-page dossier released on Wednesday, Shadow Defence Secretary John Healy, said its 'audit of waste' showed that $4 billion alone had been wasted since 2019, under the current UK Defence Secretary, Ben Wallace's watch. “Ministers are failing British troops and British taxpayers,” he tweeted. The £4 billion quoted in the report is in addition to the £17 billion deficit already identified by the National Audit Office (NAO) in the MoD's Equipment Plan.

Labour's dossier which draws on official published sources of information, including MoD annual reports and accounts, the 2020–2030 Equipment Plan, various National Audit Office (NAO) reports and parliamentary questions to the Defence Secretary, identified 67 officially confirmed cases of waste, which Labour claims could have been avoided or reduced by better MoD judgement or management.

The 67 cases include almost £5 billion Labour claims was wasted on cancelled contracts since 2010, £71 million spent on unplanned life extensions, and £64 million "wasted on admin errors," including fines imposed by HM Treasury on the MoD for 'poor accountancy practices.'"

Exmples of unplanned life extensions that Labour were unable to accurately cost, included the sustainment of the Type 23 frigate fleet, which the dossier stated was required as a result of delays to the Type 26 and Type 31e frigates (parliamentary question 71268) and the Vanguard nuclear submarine Life Extension Project, which was required following delays to the new Dreadnought submarine.

It also highlighted "overspent money wasted on procurement of the Protector UAV, which the NAO directly attributes to poor management from the MoD." The life of the Reaper UAV fleet is having to be extended due to delays in delivering Protector, which the NAO estimates will cost an additional £50 million, on top of the £325 million, Labour said the NAO identified had already been overspent on the Protector programme. Other examples include the £600 million wasted on the Warrior Capability Sustainability Programme, which was scrapped as part of the UK's 2021 Integrated Defence Review.

There is a difference between waste and accounting adjustments, says the MoD

Labour said total waste estimates in the report could be underestimates and that further waste cases may exist, but have not been reported. by the MoD. According to Labour, none of the MoD's major projects have received a ‘green’ rating, for being on time and in budget, “...[making] it the worst performing department in Whitehall.”

But the MoD hit back at Labour's 'audit of waste' on Twitter, stating: "For absolute clarity: there is a difference between ‘waste’ and accounting adjustments, extensions and overruns. We always review and renew our capabilities to ensure relevance to today’s threats and taxpayer value for money." It said the UK's "world-class aircraft carriers" were not a ‘waste’, and that it was prudent to extend Sentry and Reaper systems and right to retire surplus and outdated equipment.

An MoD spokesperson stated: “This government is serious about investing in defence modernisation to ensure the UK Armed Forces have the relevant capabilities to face today’s threats. That means taking tough decisions to replace old equipment and halt programmes that no longer fit requirements.

However, Labour's dossier is one of many reports to level criticism at the MoD for a culture of waste. Last November, the Public Accounts Committee said it was “extremely disappointed and frustrated by the continued poor track record of the MoD and its suppliers — including significant net delays of 21 years across the programmes most recently examined by the National Audit Office — and by wastage of taxpayers’ money running into the billions.”

Will additional defence spending be swallowed up by procurement 'black holes?'

Questions are now likely to be asked about how the additional £16 billion in spending awarded by the UK government in 2020, will be managed by the MoD.

“Without a revolution in the way the MoD controls costs, there is a serious risk that the extra £16.5 billion in capital funding for defence announced in November 2020 will simply be swallowed by this black hole in current procurement programmes,” the dossier states. Healy said a Labour government would make the MoD the first department to be subject to its new “Office for Value for Money tough spending regime,” and would commission the NAO to conduct a more comprehensive “audit of waste.”

Cost overruns and delays, and scrapping of programs due to changing or not very well defined requirements, are not unusual in large defence equipment programmes However, Labour's dossier and reports published by the NAO and others highlight systemic and long-running issues within the MoD's procurement apparatus.

In 2009, Bernard Gray (now a Sir), led an independent review into UK defence acquisition, describing it as “substantially overheated” and “unaffordable,” with too many types of equipment being ordered for too large a range of tasks at too high a specification.

Gray's report concluded that the average defence programme overruns by 80% or circa five years from the time specified at initial approval through to in service dates. Gray said the 'overheating' arose from a mixture of incentives within the MoD, which encouraged Armed Forces competing for scarce resources to underestimate the likely cost of equipment, so they could secure funding.

One of the most controversial proposals mooted at the time of the review was to transform Defence Equipment & Support (DE&S), which manages most procurement for the UK Armed Forces, into a government-owned, contractor-operated (GOCO) body, but the proposal never got off the ground after only one bid was received.

Instead, in 2014, DE&S became a 'bespoke trading entity,' at arms length from the MoD, which gave it the flexibility to improve the skills within its workforce. A competition was launched for Managed Service Providers in spring 2014 to bring in private sector expertise.

Gray, who later became CEO of DE&S, expressed his desire to transform the organization into the “pre-eminent defence materiel organisation”, telling employees “I believe we can become a world class programme management organisation, envied and respected around the world.”

In an interview Gray gave to Defence News before leaving DE&S in 2015, when asked whether the final nail was now in the GOCO coffin, he replied: “Those people who don't want it to be a GOCO have the job of making DE&S so brilliant that the people in authority at the time will say, "Why do we need to make it anything else?"

That question may now come back to haunt the MoD and DE&S.