A UK company has invented a new anti-IED system, which uses rockets, and an active floor system, to counteract an IED blast's impact. 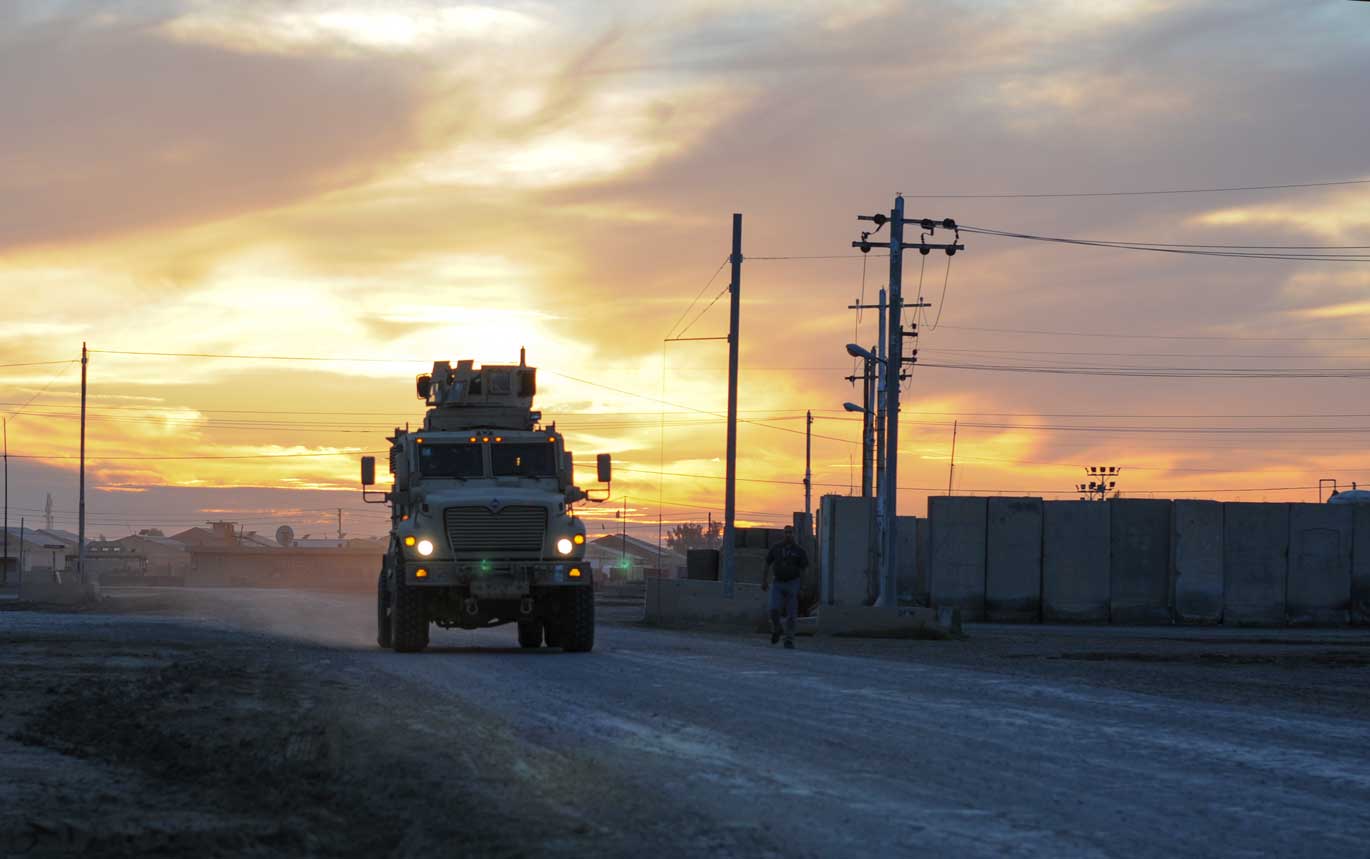 The wars in Iraq and Afghanistan graphically illustrated how local insurgents can inflict substantial casualties on better-equipped militaries, primarily through the widespread use of Improvised Explosive Devices (IEDs).

IEDs were responsible for the majority of coalition force casualties in Iraq and Afghanistan. According to a report by ReliefWeb, between September 2011 and October 2020, IEDs caused almost 50% of US and 43% of British combat deaths. Out of all IED types, roadside bombs targeting vehicles were the most common.

Most armoured vehicles today feature V-shaped hulls, which deflects the force of an IED blast up and away from the vehicle. But Roger Sloman, managing director at UK-based company, Advanced Blast & Ballistic Systems (ABBS), says vehicles with high ground clearance and V-shaped hulls are taller, which creates several disadvantages. They are more unstable, difficult to access from the ground, are a much bigger target and more difficult to recover.

They also have increased weight and heavier fuel consumption, says Sloman. loman is best known for introducing the concept of carbon-fibre chassis to Formula One racing cars in the 1970s. Now he is working on an anti-IED system, which he says could prove a major tipping point in protecting vehicles and their occupants against IED attacks. But it could be several years before the solution is commercially available.

The system can be retrofitted to existing vehicles, even minimally armoured ones, and Sloman says it has successfully protected vehicles such as a lightly armoured Snatch Land Rover against IED blasts in multiple field tests.

“It's all based on simple observation, understanding cause and effect, and counteracting the forces involved at the right time,” he says. The theory behind ABBS's system is basic physics: An action can be countered by an equal and opposite reaction.

Sloman says he was inspired to develop the anti-IED system, which uses rockets, after observing a blast test on a vehicle for the first time in April 2008. “I noticed (on the high-speed video of the event) that when the mine explodes, the vehicle doesn’t move for about 10 milliseconds, which was a time window in which to do something to counteract the movement and stop it,” he explains.

The ABBS anti-IED system relies on three components to protect a vehicle’s crew. The first, dubbed the Vehicle Global Acceleration Mitigation (VGAM™), features rockets attached to the target vehicle. These are aimed downward and fire within a few milliseconds, counteracting the lifting forces generated by a mine or IED and pushing the vehicle down to keep it grounded.

At the same time, an “active floor system” activates. This removes the floor from under the occupant’s feet so they are not in contact with it, preventing shock injuries to lower extremities. The final component is a special belly plate fitted under the vehicle constructed of steel and composite materials such as carbon fibre. The plate prevents shrapnel from penetrating into the vehicle body and helps the vehicle resist deformation, which can also kill or injure crew members.

ABBS's anti-IED system is largely developed. Sloman says it is on the cusp of producing viable, cost-effective products in the form of carbon-fibre reinforced belly plates, initially for civilian Toyota Hilux vehicles for aid and mine clearance agencies, or Special Forces. “Completing development of this technology only requires a relatively low investment for each vehicle type,” Sloman says.

But it has been something of an uphill struggle. Sloman's training is in polymer chemistry. He has no military experience to speak of, but he was the man who introduced carbon fibre to Formula One. Developing and building components and chassis for race cars provided him with what he describes as “a learning curve of basic engineering.”

He sold his original company in 2004 and went on to join Aigis Blast Protection in Derby where he ran explosive tests on an ex-Russian BRDM-2 amphibious armoured patrol car. This led to his observation that a vehicle targeted by an IED did not start moving until about 10 milliseconds after the mine exploded. It is this 10 ms period, which he describes as the “window of opportunity.” When he saw the injuries inflicted on coalition forces by IEDs, he was compelled to act.

“Being an entrepreneur, it was natural to pursue the engineering solution to the problem and to try to get funding from the UK MoD,” he says, “plus a visit to Whitehall to get the work supported.”

Sloman initially funded the research himself. But the US Army and the British Ministry of Defence have since invested approximately £1 million in ABBS in  the last 10 years. But it will be some time before the VGAM™ is available for commercial use. ABBS requires several more years and an estimated £8 million to £10 million in funding. “As always with the development of high technology critical systems, much more funding is required to get all the systems into service,” says Sloman.