A Billion More For Defence, But Is It Enough?

UK Chancellor finds an extra £1 billion for UK defence, but it won't plug the £20 billion hole in the Defence Equipment Plan. 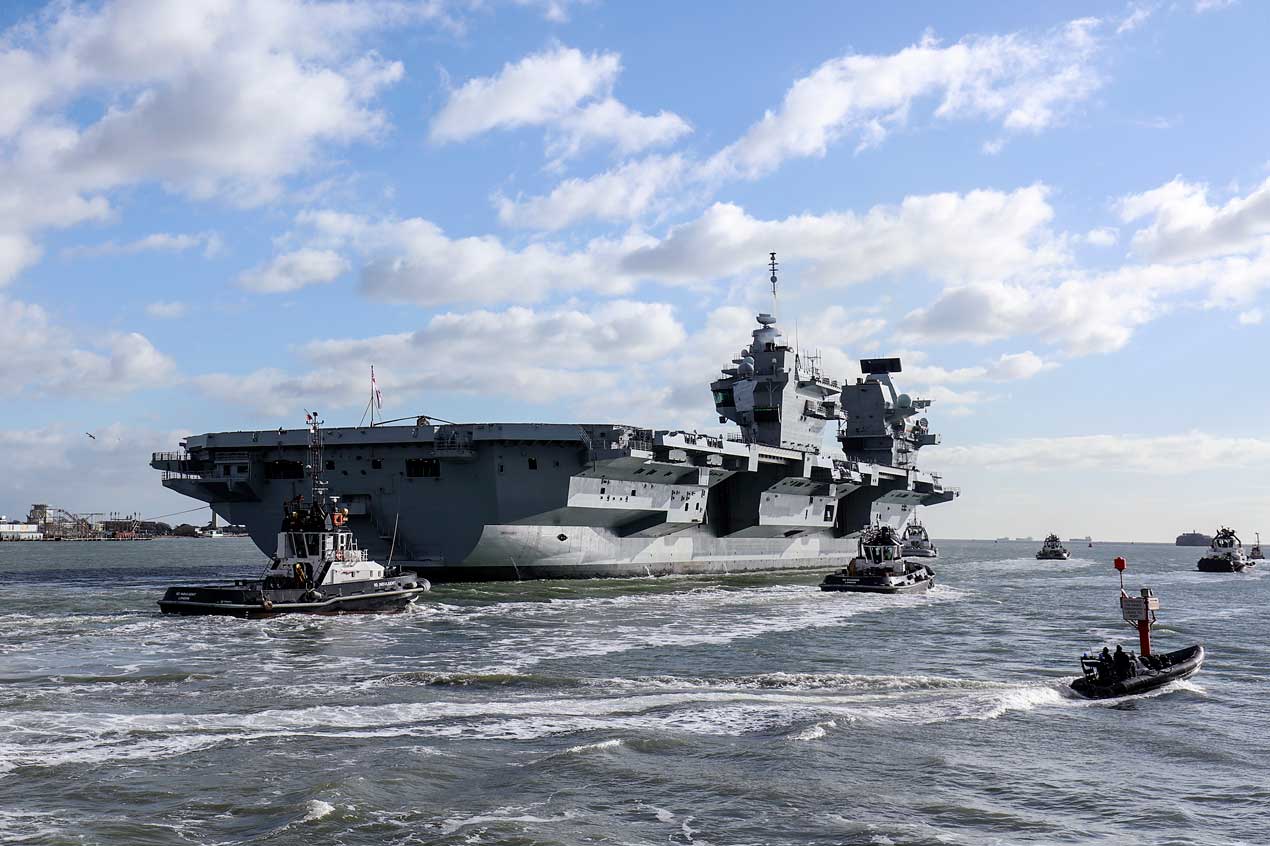 The National Audit Office says: "it is not possible to satisfy all demands" for use of Carrier Enabled Power Projection "with current levels of equipment, budget and personnel."
(Photo: MoD/Crown Copyright)

An extra £1 billion for the Ministry of Defence for bolstering cybersecurity and anti-submarine warfare in the UK Chancellor Philip Hammond's Autumn statement, and incentives for small businesses to invest in apprenticeships, new equipment and productivity were welcomed by UK defence trade organisations.

But in the event of a no-deal Brexit, ADS the UK trade industry body for the aerospace, defence, security and the space sectors said further action and reassurances would be needed.

The trade body did not elaborate on what form those further assurances should take. However, Paul Everitt, ADS's CEO stated: “The threat of leaving the EU with no deal is a drag on our economy and the Treasury should stand ready to take further steps if needed to make sure small companies are able to sustain their businesses through any period of turbulence.”

The £1 billion in increased funding for the MOD, which is largely earmarked for cybersecurity and anti-submarine warfare — in what is effectively a nod to the threat posed by a resurgent Russia — whilst on the surface will be welcomed, is unlikely to go far enough given that the cost of  defence imports from other countries, namely the US, are likely to increase significantly in the event of a no-deal Brexit and a slump in the value of the pound.

While a weaker pound may be good for defence exporters, undoubtedly it will mean a hefty increase in the price of any defence hardware and equipment purchased from abroad, which will be a bitter pill for the MoD to swallow when, according to the National Audit Office, the Department already has a £20 billion shortfall in its Defence Equipment Plan (DEP) 2017–2027 over the next date.

Although the UK is one of the few European countries to meet the 2% of GDP defence spending target encouraged by the NATO alliance, the US, under the leadership of President Donald Trump and his Defence Secretary Jim Mattis, have continued to pile the pressure on the UK to spend much more (3% to 4% of GDP) on defence.

In the run up to the Autumn Budget, Defence Secretary Gavin Williamson had also been bending the ear of the Chancellor for more money for defence, which was seen as a political move on Williamson's part to shore up support for any future bid he may make for the Tory leadership.

In addition to the already expected increase in the defence budget from £35.3 billion in 2016/2017 to £39.6 billion by 2020-21, over the summer, Williamson had asked for an extra £20 billion for defence over the next decade. At the time, it was reported that the Chancellor had rebuffed Willamson's request, saying there was no extra money in the kitty for defence.

In his Autumn statement this week he seems to have pulled a rabbit out of the hat, but nowhere near as big a rabbit as Williamson or many others in the defence sector would have liked, and far from big enough to address the affordability gap in the DEP, which has arisen as a result of cost overruns on large-scale programmes like the Dreadnought submarines and Trident.

A £1 billion increase may placate critics of UK defence spending for now, but it still doesn't solve some of the Department's longer-term defence spending challenges, and in the event of a no-deal Brexit, its overall impact on defence is likely to be minimal, at best.