Breaking Up Is Hard To Do

With the UK set to leave the European Union, how will it impact UK defence companies that have relied on EU contracts and funding? 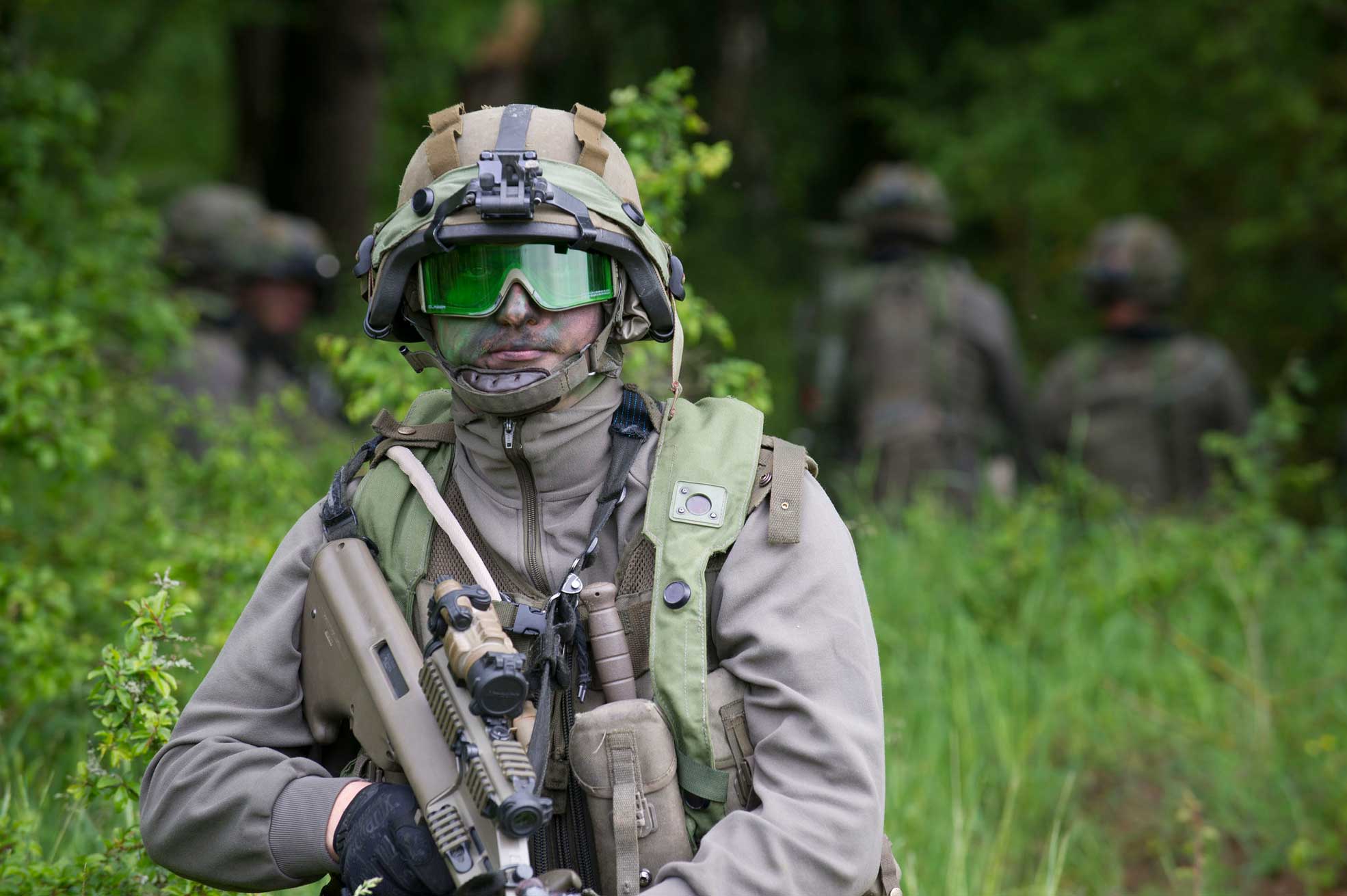 An Austrian Army soldier: The EU is looking to reduce its reliance on the US when it comes to defence and security
(US Army photo by Staff Sgt. Caleb Barrieau)

The European Union's Common Foreign and Security Policy (CFSP) is designed to give the bloc greater capacity for acting in foreign and defence affairs. It is in effect, the EU's foreign policy, but one which has become increasingly fraught in light of the UK's decision to leave the Union.

From “No deal is better than a bad deal,” to claims that any deal will make the UK a vassal state, the rhetoric on both sides of the Channel has escalated recently as to how the UK will leave the EU and what relationship it is likely to have with them afterwards. One area that is particularly challenging is future UK/EU defence co-operation.

In response to Brexit and increasing pressure from the US administration under Donald Trump calling on EU member states to spend more on defence and assume more responsibility for their own security, in September 2016 the EU established the European Defence Fund (EDF) to boost Europe's defence capabilities.

A key objective of the EDF is to reduce reliance on the US for key defence capabilities. The EDF has considerable resources at its disposal with two ‘windows’ of funding. The first is the defence capabilities fund for new equipment, aimed at collaborative procurement projects with an initial budget of €5 billion, which will increase to €13 billion. Secondly, there is a research window, which offers a pool of funding to develop new technologies.

In light of Britain's decision to leave the EU, Professor Malcolm Chalmers, Deputy Director-General of the UK-based Royal United Services Institute (RUSI) points out that any resources allocated by the EDF are likely to favour EU-based companies.

A UK Parliamentary Report on the EDF elaborates further, pointing out that:“During the proposed post-Brexit transitional period, due to last from 29 March 2019 until 31 December 2020, the UK would remain a contributor to the EU budget and consequently a participant in all EU funding programmes. If it leaves the Union without a Withdrawal Agreement and transitional period, UK participation in all EU programmes would cease abruptly on 29 March next year [2019].”

“Irrespective of the outcome of the withdrawal process, any UK participation in the full European Defence Fund from 2021 onwards would need to be negotiated afresh as part of the discussions on its future economic and security partnership with the EU,” the report continues.

Defence was one of the most contentious issues of the EU referendum, with the Leave side arguing that a vote to remain would embolden federal forces within Europe to push for an “EU Army.” The Remain side said closer defence links with the EU were essential for ensuring security. In recent weeks, calls for a European army or defence force have resurfaced with French president Emmanuel Macron reported as saying that “Europe needed to be able to better defend itself alone,” particularly against a resurgent Russia. Macron and German chancellor Angela Merkel have both backed the idea of a “joint intervention force” for what is termed 'crisis missions.'

An example of a UK-based firm taking advantage of EDF resources is Hawk Associates, which provides secure data management solutions for the aerospace and defence industry. Recent examples include the Virtuoso programme, which is used by intelligence services for secure communications and RECOBIA, utilised to detect cognitive bias in information.

As these programmes have to be carried out through a syndicate of other EU member states to be eligible for funding, Mike Hobbs, Hawk Associates' managing director, is concerned about the impact of Brexit, and says the company may have to register as an EU entity at one of its European associates in order to remain eligible for EDF funding. He also says that the UK government hasn't offered to make up any shortfall in funding caused by Brexit.

How will the UK continue to work with European partners on joint defence projects through mechanisms, including the EDF? Chalmers says there could be joint UK/EDF projects going forward. This is not without precedent, as non-EU states like Norway and Switzerland, for example, co-operate closely with the EU on defence matters.

The former takes part in EU battlegroups and the latter has obtained EU funding for research on emerging technologies such as blockchain. The official position set out in UK Prime Minister Theresa May's controversial Chequers blueprint for the UK's future relationship with the EU is that the UK will seek a series of bilateral agreements, on a case-by-case basis, to govern defence ties between the two partners.

Chalmers believes that the proposed Chequers deal will be favoured by the defence industry going forward, as its close alignment with the EU on the transport of goods favours the “just-in-time” production schedules that the industry relies on for the complex manufacturing of key products.

As it stands, even under this closely aligned model, Chalmers still believes the UK could lose out on defence-manufacturing contracts as defence industries in EU member states are likely to be favoured by the EDF. He says that there are already signs the UK is becoming less connected with the EU in defence matters. The country will have to give up command of EU battlegroups and the headquarters of the EU's counter-piracy Operation Atalanta mission will be moved from Northwood in London, to Rota in Spain after the UK leaves the EU in March 2019.

A briefing paper published by the International Institute for Strategic Studies cautions that in continuing to co-operate on defence-related projects, the UK will have to continue to pay “due regard’ to the rulings of the European Court of Justice. Additionally, Chalmers draws attention to the proposed transition period under which the UK will follow EU rules and obligations until December 2020 or beyond (this is dependent on a withdrawal agreement being secured). He says that this will cover the EDF and the UK will therefore be bound by EU procurement regulations for this period.

Independent defence and aerospace analyst Howard Wheeldon says the UK must continue to co-operate with EU defence and security policy, but that doesn't mean it needs to be tied to EU obligations.“No one country will accept being totally bound by EU foreign policy,”he says. This is within the context of France and Germany continuing to disagree over the future direction of foreign and defence policy and to Chalmers' point that, fundamentally, the UK will not be in the EDF once it leaves the EU. Wheeldon also says that the EU's defence resources will be reduced by Brexit as the proposed, “divorce bill,” which the UK will pay the EU in the event of a withdrawal deal, is separate from defence resources.

Until now, defence has taken a back seat to the wider Brexit issues of a future economic relationship with the EU, citizens' rights and the issue of the Irish border. Whether these issues are resolved through a withdrawal agreement, or the talks end in no deal, there will still be a great deal of uncertainly as to the overall future relationship.  This is particularly the case with defence and security as UK-EU ties continue to evolve.