EU States Come Together to Develop A Modular UGV 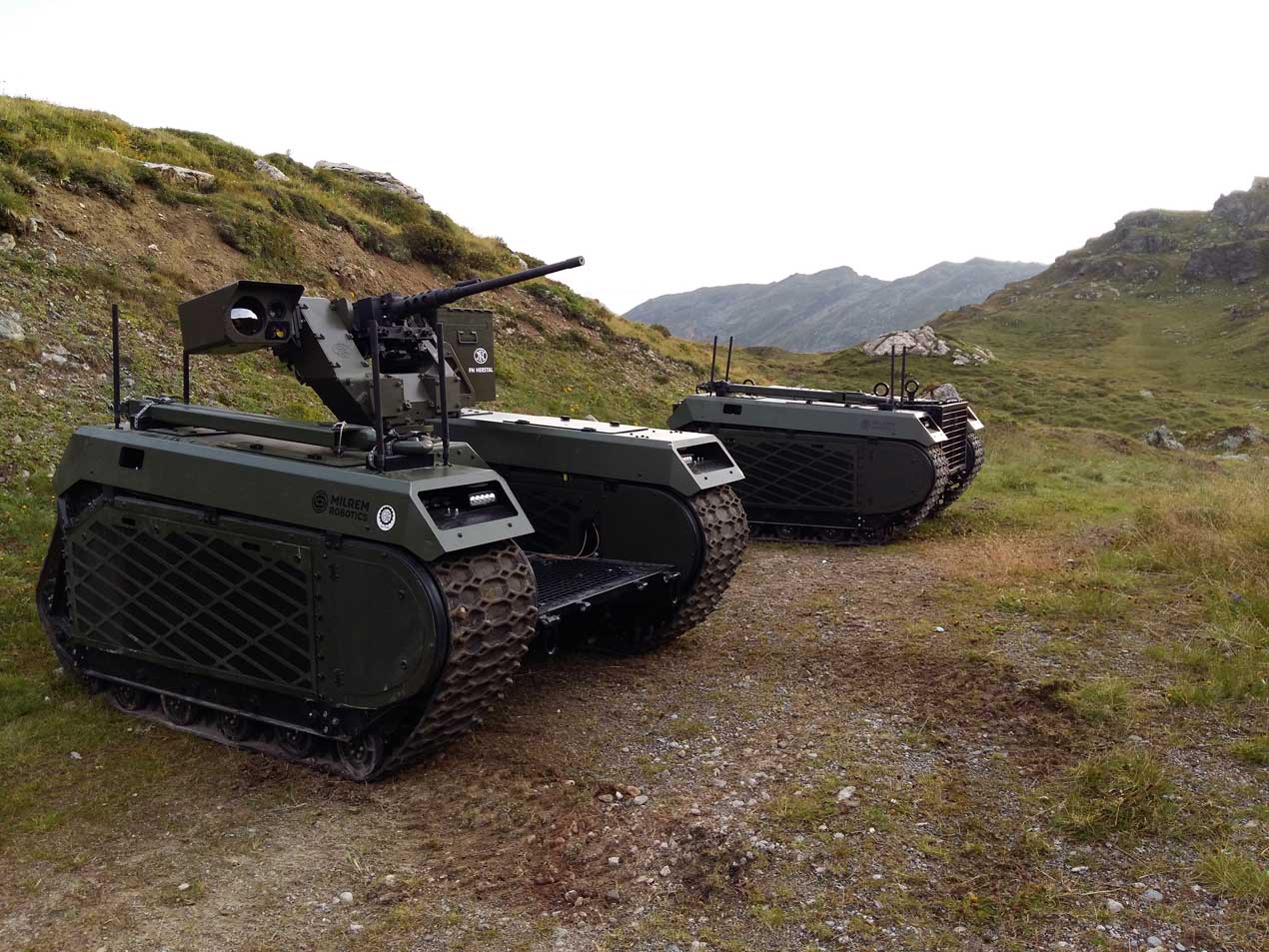 Milrem Robotics' new generation multi-purpose UGV which was introduced at DSEI 2019 in London. Milrem is leading the consortium behind the iMUGS project (Photo copyright: Milrem Robotics)

An application for a multi-mission unmanned ground vehicle (UGV), which can be teamed with manned and aerial vehicles, has been submitted by a consortium of defence, communication and cybersecurity companies to the European Defence Industrial Development Programme (EDIDP).

The consortium is led by Estonia's Milrem Robotics, which manufactures the THeMIS UGV. The project is titled iMUGS (integrated Modular Unmanned Ground System)  due to its origins as part of the Permanent Structured Cooperation (PESCO) framework, which allows EU member states to jointly plan, develop and invest in shared capability projects,

The iMUGS project was officially adopted by 25 EU Defence Ministers on the updated list of projects for PESCO in November 2018. Technical requirements have also been agreed with Finland, Latvia, Germany, Belgium, France and Spain. The project is consistent with several of the European Defence Agency’s 11 major priorities in the 2018 Capability Development Plan.

The system will consist of a robust and modular UGV equipped with an electronic-warfare resistant command, control and communications solution and secure autonomous mobility software that enables the operator to simultaneously and safely control multiple land and air platforms.

The UGVs will be able to be teamed with manned and aerial vehicles with the objective to provide flexibility, modularity and versatility for different missions, increase protection, sustainability and performance of military operations and enhance situational awareness of ground forces.

During the project operational know-how will be gathered and concepts for the combined engagement of manned and unmanned assets developed, while taking into account the ethical aspects applicable to robotics, artificial intelligence and autonomous systems. State-of-the-art virtual and constructive simulation environments will also be set up.

“A number of European nations will start using unmanned vehicles in logistics and ISR roles, reducing the physical and cognitive load and increasing the safety of our troops,” explained Kuldar Väärsi, CEO of Milrem Robotics. “It’s important that this new capability is well integrated with existing capabilities and force structures. It’s equally important that these new unmanned systems are safe to use and cyber protected. This is exactly the scope that iMUGS is targeting,” Väärsi added.

This unprecedented cross-border cooperation will join all expertise and skills across the EU.

The objectives of the  EDIDP programme  are to contribute to the strategic autonomy of the European Union and to strengthen co-operation between Member States. The priorities include enabling high-end operations of military forces with a special focus on intelligence and secured communications and cyber. Actions include development of next-generation ground combat capabilities and solutions in artificial intelligence, virtual reality and cyber technologies.