The new Rheinmetall and BAE Systems joint venture showcases its version of the Challenger 2 tank LEP at DSEI. 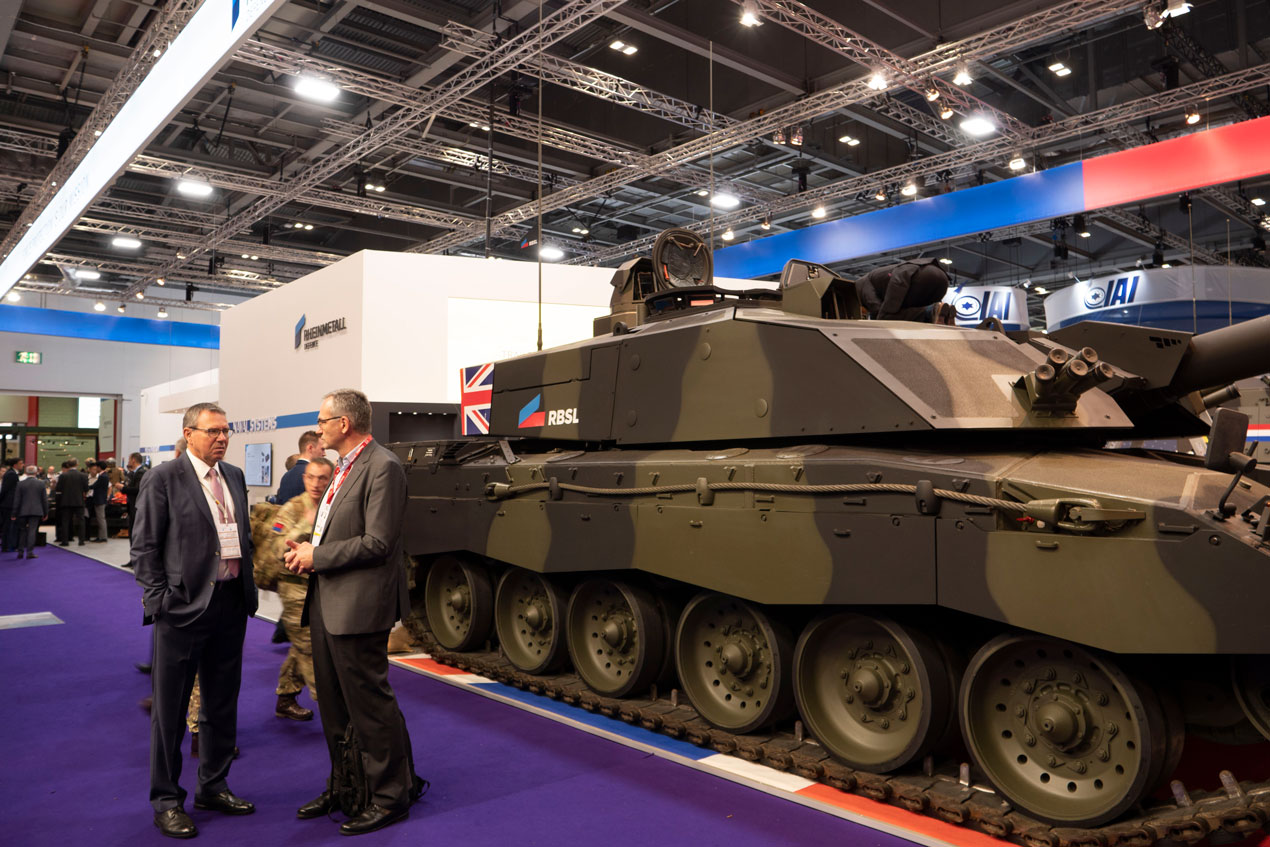 RBSL, the new joint venture between Rheinmetall and BAE Land Systems made its debut at DSEI this week. Just two-and-a-half-months old, the company is headquartered at BAE Systems’ facility in Telford, England.

The JV, which was finalised in July, saw Rheinmetall purchase a 55% stake in the existing BAE Systems UK-based combat vehicles business, with BAE retaining 45%. BAE Systems was looking for partners and Rheinmetall was seeking manufacturing facilities in the UK to fulfil its requirement for the UK's Mechanized Infantry Vehicle Programme, which the Boxer 8x8 vehicle was selected for.

Before the joint venture was announced, both companies were competing against one another for the Challenger 2 Life Enhancement Programme (LEP). They were awarded Assessment Phase contracts by the UK Ministry of Defence back in 2016.

But at DSEI 2019, the version of the Challenger 2 tank on display was a Mk 1 fitted with a completely new turret, a 120 mm smoothbore L55 main armament from Rheinmetall, a new electronic architecture, crew stations and improved long-range gunner and commander primary sights with automatic target detection and acquisition.

The turret and modular armour on RBSL's Challenger tank are said to provide high levels of protection to the tank's crew. An Active Protection System is not part of the Challenger 2 LEP, but it is believed that RBSL has been asked to look into both hard and soft kill systems (jamming and obscuration) by the MoD.

RBSL expects the Ministry to make an announcement about the Challenger 2 tank upgrade next year. By joining forces, both Rheinmetall and BAE Systems hope to have increased their chances of extending the much-loved tank's service life beyond 2035.