Two fully restored Renault FT and TSF tanks will be driven round a special track at Militracks 2019 in Overloon. 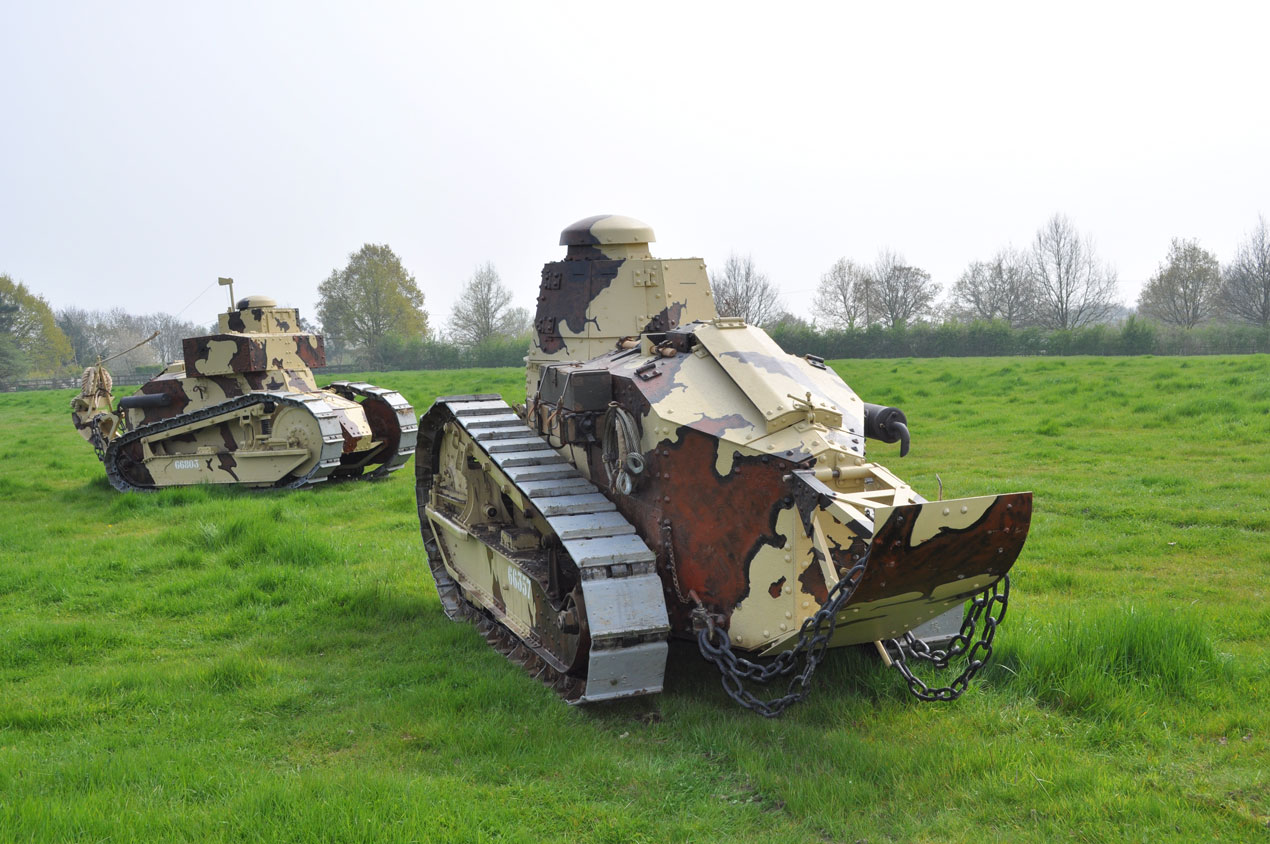 For the first time since the Second World War, a driving Renault TSF and FT light tank will make their first public appearance together at Militracks from the 18–19 May at the War Museum Overloon, in the Netherlands.

The two French tanks will be presented by The Weald Foundation, a charity set up to preserve, restore and maintain historic military vehicles from both World Wars. The tanks will be driven around a special one-and-a-half-kilometer track in the museum park. It will also be possible to book a drive on many of the vehicles.

Militracks focuses on military vehicles from World War II, mainly German vehicles (motorbikes, passenger vehicles, trucks, half-tracks and tanks), which were in service with the Wehrmacht (German Armed Forces). The War Museum in Overloon is one of the oldest in Europe and is located on the site of the Battle of Overloon, a Second World War tank and infantry battle between Allied and German forces, which took place from September–October in 1944.

The Renault tanks on display at the event in Overloon have taken the Weald Foundation years to restore to full working order. The Renault FT tank is believed to be the 357th registered to the Artillery Directorate in 1918.

Otherwise known as the Renault FT17, the tank ended its operational life entombed in concrete as a bunker. Prior to being buried, all the interior and exterior fittings were stripped out, leaving only the hull, floor, turret and driver’s hatches in place. The turret is believed to have disappeared sometime after the end of World War Two.

The transportation of the plates from the tank required a number of trips. The Weald Foundation then set out to piece them all together like a "giant jigsaw puzzle", with the hull and related components languishing in a far corner of the foundation’s sheds for many years before it began to address the issue of restoration.

The FT tank had also been stripped of all suspension parts prior to being embedded in concrete, leaving the Foundation to ponder, ‘Where could we find the necessary road wheels, suspension boom, idler wheels, drive wheels and track links?’ In an effort to reproduce its original camouflage, the foundation also had to piece together paint samples on the tank, which involved working with the Crick Smith Institute at the University of Lincoln, which specialises in historic materials conservation.

In its quest for engines, gearboxes and internal components, the Foundation came across a Renault GP tractor, complete with spare engine owned by a French collector. The tractor was assembled on the same lines as the FT. The tractor featured the internal drive train of the FT which were still coming off the production line, but no longer required by the war effort.

The  Weald Foundation says the Renault TSF (te’le’graphie sans fil) is a much rarer, but as historically important vehicle when compared to the Renault FT. To most collectors the vehicle is intrinsically less interesting, says the foundation,  as it does not have a gun. The TSF evolved out of the need to restore mobility to the battlefield. The one on show at Militracks was assembled and approved before November 11 1918, and is thought to have been accepted into service by the French Army.

General Jean Baptiste Estienne is said to have ordered 200 of the TSF tanks in January 1918, which was increased to 300 in April 1918. Approximately 180 were finally produced, but less than 50 were accepted by the French War Office during WW1 and half as many were accepted by the Artilllerie Speciale units themselves.