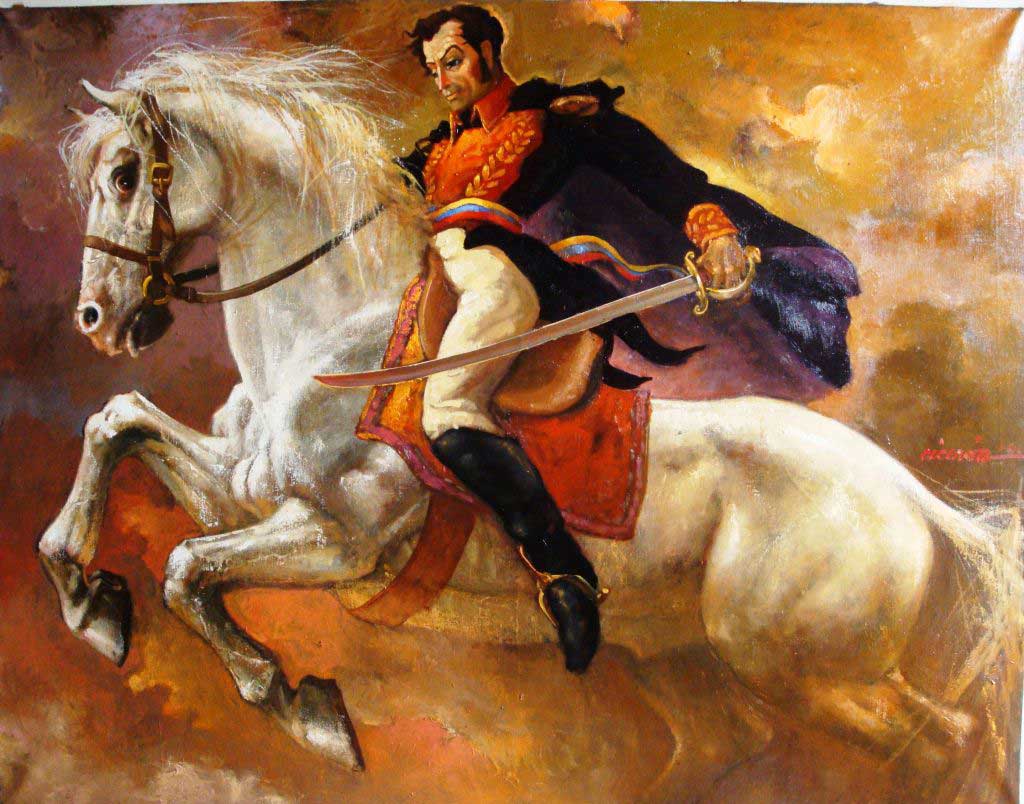 Simon Bolívar made a successful career of failures, defeats, elimination of competing fellow countrymen and repeated exiles, which manifested in the numerous early short-lived republics of Venezuela.

After a coup and unilateral declaration of independence by Venezuelan leaders in 1810, Bolívar then a colonel, was put in charge of the fortified coastal town of Puerto Cabello in 1812, which he soon lost to the advancing Spanish forces, in part due to the defection of his fellow commander, Francisco Vinoni. It was not an auspicious beginning for the man regarded as 'El Libertador' or more recently, American Liberator.

A recurring characteristic of nationalist and guerrilla movements is the jockeying for power among the leadership whereby sub-groups are formed to push a particular person or cabal into the position of ultimate leadership and maintain that appointment. Many early leaders of the Cuban Revolution and possible future competitors to Fidel Castro soon disappeared from public view by incarceration or death, such as Huber Matos and Camilo Cienfuegos. As the saying goes, it is better to be on the inside looking out than the outside looking in.

Bolívar went on to join the independence movement in the united provinces of New Granada, which approximated to modern day Colombia, Venezuela, Ecuador and Panama before it was put down by Spanish forces in 1816. During this period of his life, Bolívar successfully attacked and captured several towns and cities before being granted permission to continue the Venezuelan liberation movement.

The road to Venezuelan independence and confirmation that Bolívar was a capable military leader began in the little known, or remembered, Colombian town of Cúcuta, which lay just west of the Venezuela border. Ordered to attack an 800-strong force of Spanish soldiers under General Ramón Correa, Bolívar began to display the makings of a guerrilla leader when he came upon the Spaniards guarding a high mountain pass. He responded by sending a false letter that his counterpart, Colonel Castillo, was advancing on Pamplona to the south.

The letter was deliberately intercepted and the Spanish force turned and left the choke point for Cúcuta. Bolívar and Castillo, with a force half the size of their target, then crossed the Zulia river and attacked Cúcuta on the morning of 28 February 1813, the last Sabbath of Lent.

The Spanish general was taken by surprise and rallied his troops who fled in the face of an uphill bayonet charge ordered by Bolívar who was not yet 30  years old. The defeated Spanish invaders had 20 dead soldiers and tens of wounded whereas Bolívar incurred only a tenth of that. His small but victorious army was rewarded with supplies, munitions and Bolívar was promoted to general by a grateful Colombian government in waiting.

The following June in the western state of Trujillo, an empowered Bolívar famously issued a Decree of War to the Death, whereby Venezuelan guerrillas were absolved of all acts of violence, murder or atrocities against Spanish citizens in Venezuela.

Today, this would be cause for an International Criminal Court prosecution for genocide similar to that recently faced by convicted Serbian and African leaders. The court was created in 2002 by the Rome Statute of the United Nations, but facilitators of the earlier unlawful detention of political opponents, many of whom succumbed to disease or death, in Africa, the Caribbean, Malaya and Kenya, have escaped punishment.

This was when the scion of an upper-class family conservative in his views became not only a 'guerrilla' in the true meaning, but a ruthless leader who prepared his followers to make the ultimate sacrifice for their cause and instil widespread fear in the enemy.

Conquest massacres were not a new phenomenon of the time, having been pioneered throughout the New World by Spanish adventurers and conquistadors, who decimated native Indians with wild abandon, often by importation of disease. Early independence movements felt the hard toe of Spanish oppression with executions, incarcerations or simple exile, covering their actions by the thin veneer of government authority and judicial executions.

One, possibly unforeseen, significance of Bolívar's decree lay in its adoption by future generations of rebels spinning Bolívar'smessage so that violence and extrajudicial killings were a necessary part of any liberation movement and by extension, a particular political ideology. Some guerrilla movements would utilise this as a manifesto of operation in their political struggles by applying this sentence to their own countrymen, writ large by the FARC insurgency since 1964, but now apparently ended after many decades.

This concept has even extended to the Venezuela of Bolívar's birth where it is the government ,not guerrillas, who are applying this maxim against political opponents and even people in the street. Guerrilla leaders too often follow the writings and history of Bolívar, without separating the wheat from the chaff; the excess of robotic adherence.

After Trujillo, Bolívar continued marching east at speed towards the capital city of Caracas as part of what became known as the Admirable campaign, with little resistance from pro-Spanish forces.

Guerrilla forces have to be sensitised to the sway of a conflict allowing them to take advantage of the smallest gain. Riding on the back of recent victories, just like Washington, Bolivar experienced increasing support and men rallying to his columns, including enemy deserters.

A second and perhaps more important reason is that the inevitable poorly supplied guerrilla army with limited logistical support must make haste while supplies, and most necessary, indigenous support is at a high. At all times in the caravan to Caracas, Bolívar was aware of large pro-Spanish forces in neighbouring provinces, but he kept his eye on the prize.

He made his final advance on Caracas, a city in confusion as government officials fled with no significant military defences available, to arrive at an open city on 6 August 1813, El Libertador. Celebrations commenced with a parade accompanied by flowers, young girls in white and church bells after which Bolívar declared the Second Republic of Venezuela. But it was not to last.

This excerpt is the third in a series taken from Peter Polack's latest book, Guerilla Warfare: Kings of Revolution, released  in October 2018 by Casemate Short History. To find out more about the book, click here.