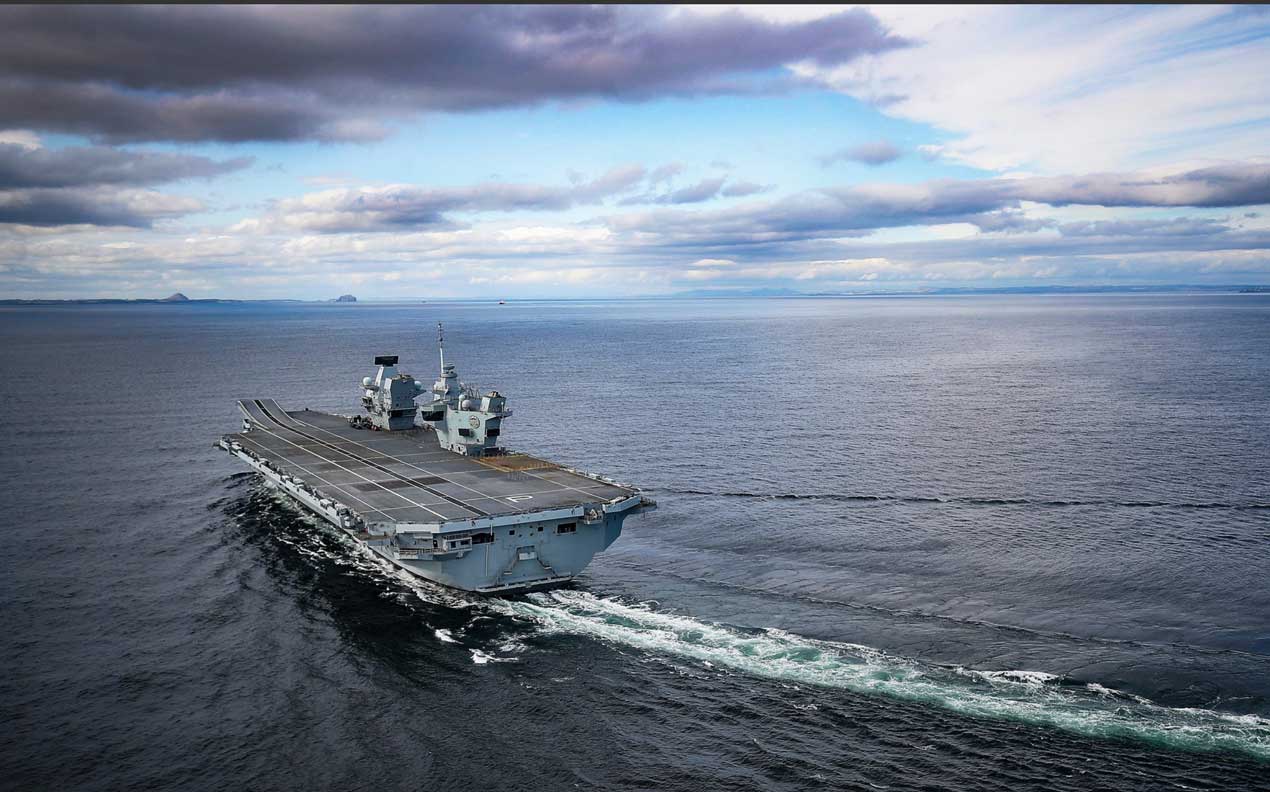 Having set sail into open waters for the first time, the second of the new Queen Elizabeth aircraft carriers has welcomed its first aircraft on board.

On the 19 September, the 65,000 tonne warship HMS Prince of Wales set sail from Rosyth dockyard where the ship has spent the last eight years under construction. Less than 24 hours later the first aircraft, a Merlin helicopter, landed safely on the carrier's deck.

At 70 metres wide and 280 metres long, HMS Prince of Wales is expected to have a crew complement (minimum crew) of around 700, increasing to around 1,600 with aircraft onboard. She can embark 36 F-35B aircraft and four Merlin Helicopters.

“This is much more than just the departure of the second ship in the class from Rosyth,” stated First Sea Lord, Admiral Tony Radakin. “It marks a sea change in Britain’s aircraft carrier capability. HMS Prince of Wales confirms Britain’s place as the leading European carrier strike nation within NATO.”From high-end war fighting to humanitarian assistance, Admiral Radakin said Britain remained ready to deliver on operations anywhere in the world.

The UK is one of only a handful of countries (US, France, Russia, China, Italy, Brazil) whose navies currently operate aircraft carriers. By displacement the US has the largest aircraft carriers (the Gerald R. Ford – 100,000 tonnes and Nimitz class – 97,000 tonne) followed by the UK's QEC at 65,000 tonnes.

HMS Prince of Wales follows in the footsteps of her sister ship, HMS Queen Elizabeth, which set sail from Rosyth two years ago and is currently transiting the Atlantic to Canada. The deployment, known as WESTLANT19 is an Operational Trial to be conducted with UK F-35Bs off the East Coast of the US.

HMS Prince of Wales will conduct extensive sea trials off the coast of North East Scotland for the next few months before arriving at her home port of Portsmouth later this year where she will be officially commissioned into the Royal Navy and berth alongside her sister ship, HMS Queen Elizabeth for the first time. The first operational deployment of the Maritime Task Group is expected in 2021. However Full Operational Capability for the Royal Navy's so-called Carrier Enabled Power Projection (CEPP) capability is not expected until 2026.

At a budget of £6.2 billion for both ships, at one point there was speculation that HMS Prince of Wales may have been 'mothballed' or sold to plug the £7 billion hole in the Ministry of Defence's Equipment Budget. The two carriers are unlikely to be operated by the Royal Navy simultaneously unless in the case of a crisis, but having two vessels, instead of just one, will enable the Navy to keep one in a state of “high readiness” and to sustain the usual maintenance, training and operational cycles.

In its 2018 Equipment Plan, the MoD highlighted that: “The shift of focus back to generating multi-vessel Maritime Task Groups, rather than regular single ship deployments, has the potential to challenge the current maintenance and support arrangements, including industrial capacity.”