New Iranian anti-ship missile with a 30 km range could threaten US maritime dominance in the Gulf, says IISS. 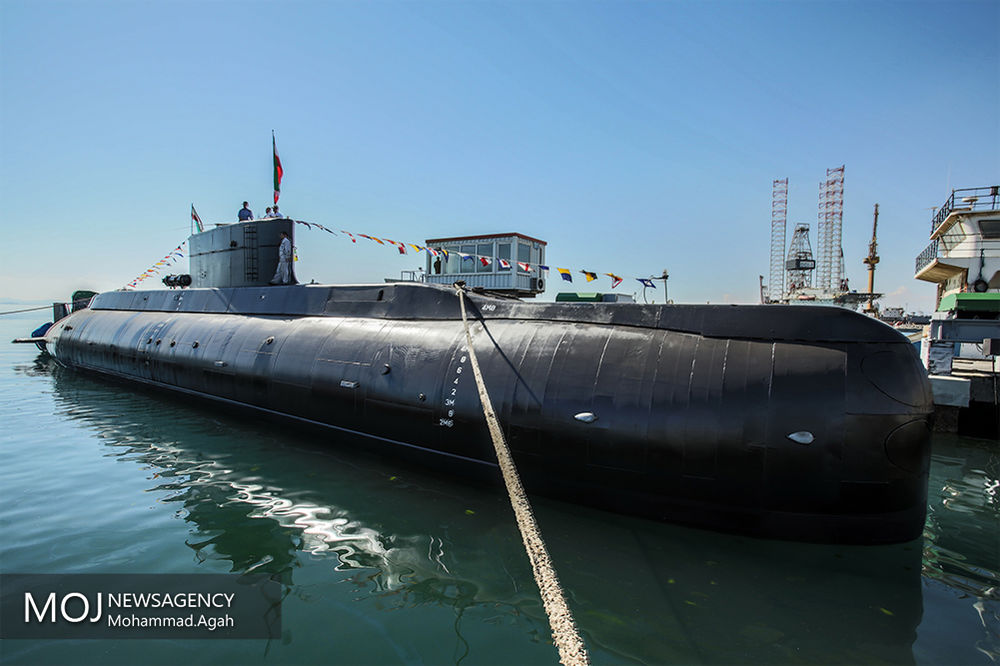 Iranian Fateh-class submarine at its commissioning ceremony (Photo by MojNews)

Reports of a new anti-ship cruise missile developed by Iran threatens the stability of the entire Gulf region, argues John Miller of the International Institute for Strategic Studies (IISS).

According to Miller, who is the Associate Fellow for the Non-proliferation and Nuclear Policy Programme at the Institute, Iran recently claimed that it had successfully launched an anti-ship cruise missile from an indigenously produced submarine, which he says could pose a threat to vital transit routes in the Strait of Hormuz, and the wider global economy.

“The 24 February demonstration purportedly involved a  Fateh  submarine launching a version of the  Nasr-1 anti-ship missile, itself a copy of the Chinese C-704,” says Miller in a recent blog post for the IISS. “The  Nasr-1 has a range of about 30 km and can cripple ships of up to about 1,500 tonnes, such as a corvette or coastal merchant ship.”

Miller say the Gulf is a small and crowded maritime environment, which favours relatively small diesel submarines with a limited capability to attack surface ships, which makes the introduction of that capability by Iran  “a matter of concern.”

Although it is doubtful Iran would ever directly challenge the United States in the Gulf, Miller says its activities suggest the regime may be plotting to challenge the US’s maritime dominance in the Gulf and to ensure regime survival in the event of a major confrontation with the US and coalition nations in the region.

In addition to the development of new Iranian-made submarines, Miller says the country is modernising its anti-air defence capabilities with the Russian-made S-300 air-defence systems. “It is also using unmanned aerial vehicles and acquiring high-speed craft for use in “anti-ship swarm tactics,” he says.

Although Iran is unlikely to defeat a concerted US-led coalition effort to ensure the stability of the region, Miller says the regime can still generate a threat or negatively impact the vital global trade routes of the Gulf.

“The demonstration of yet another weapon that threatens maritime security should motivate all parties invested in stability in the region to monitor closely Iranian arms-development and military activities, to better study and understand Tehran’s long-term ambitions, and to develop strategies and capabilities to counter Iran’s prolific asymmetric-military advances,” he says.