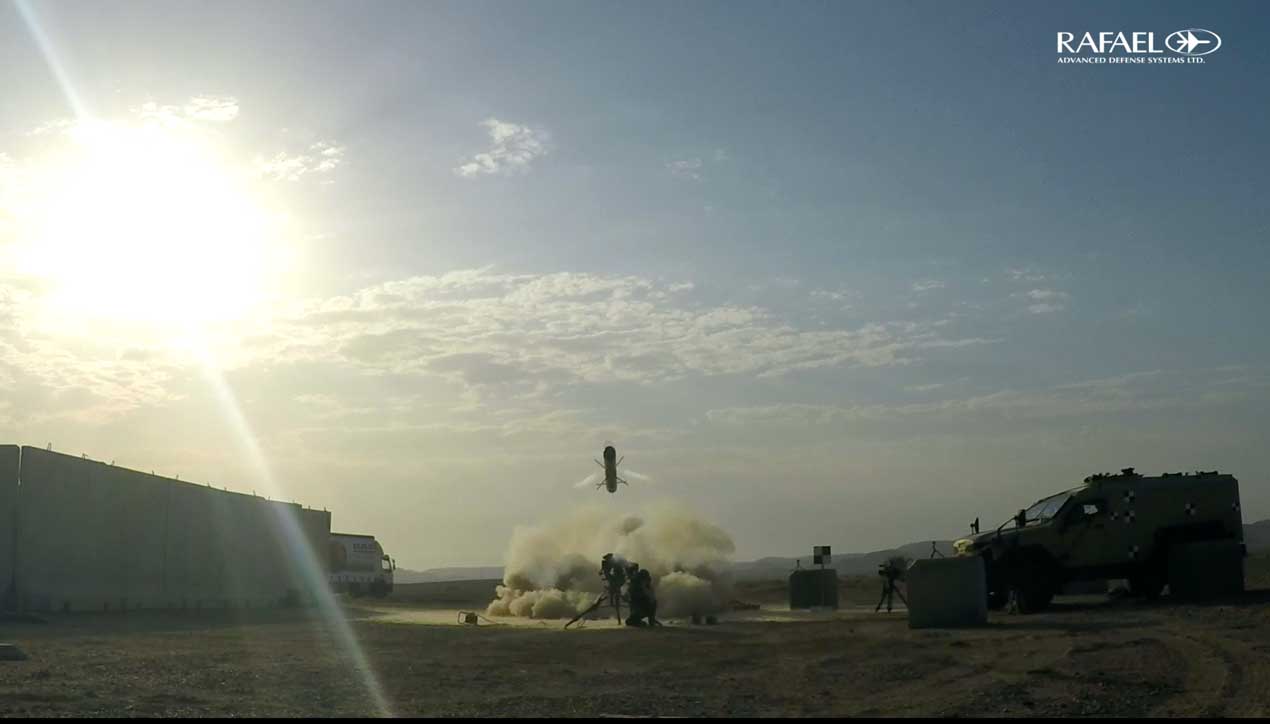 SPIKE ER2 is competing to be the armament of choice for the German Tiger programme, a new generation multi-role combat helicopter fully developed in Europe and currently in service in France, Germany, Spain and Australia. Rafael has designated the SPIKE ER2 for the German Tiger Programme, leveraging the integration of the SPIKE ER to the Spanish Tiger. The built-in compatibility of the SPIKE ER2 to the existing launcher will essentially enable a plug-and-play solution with no risk of integration, at a low cost, says Rafael.

The SPIKE ER2 will also be offered to the Polish Army as both a surface-to-surface vehicle-mounted standoff precision guided missile (PGM), as well as a rotary PGM for the upgraded MI24 and Sokol helicopters.

The new missile, features a greater standoff range of up to 10 km for surface launch, and 16 km when fired from a helicopter. It retains the SPIKE legacy of being relatively light weight at less than 34 kg and having high lethality.

The SPIKE ER2 is part of the wider SPIKE missile family, which has evolved into one of the most combat-proven missiles, integrated on more than 45 platforms, in use by 30 nations, with more than 30,000 missiles already supplied and 5,000 missiles fired.

The SPIKE ER (Extended Range) variant, which has now been upgraded to SPIKE ER2, is the middle member of the family, with a range of 8 km, and a vast platform portfolio, including the Spanish Army aviation Tiger helicopter, the Colombian Air Force Blackhawk, the Italian AW129 Mangusta, the Romanian Super Puma helicopter, the Super Cobra, and many different types of ground vehicles and naval vessels.

The missile includes a new RF datalink variant to maximise the missile’s energetic range for enhanced stand-off launch from rotary platforms. It also contains a modern advanced seeker with high resolution IR and day sensors for extended range target acquisition, and a multispectral target tracker, enabling sensory data fusion, which according to Rafael, is an important feature in the  smoky environments of today's battlefields. The missile also has a special maritime target tracker which can sustain target lock-on in the maritime environment.

The seeker was designed for the modern battle arena enabling "hotswap" capabilities of sensory swap between IR to day mid-flight (ideal for detection of camouflaged targets). In addition, SPIKE ER2 has network connectivity and Non-Line-Of-Sight (NLOS) engagement capabilities, including an embedded IMU (Inertial Measurement Unit) for missions of third-party target allocation, allowing the firing of the missile to NLOS grid target coordinates.

The missile’s enhanced lethality consists of a combination of high precision (regardless of the range), a  high angle of attack and advanced warheads Rafael says the missile's advanced Tandem HEAT warhead can penetrate armour protection on all known MBT's and embedded anti-structure capabilities. A Penetration, Blast and Fragmentation Warhead (anti-fortification/anti-ship) option is also available.