Export Opportunities for the Type 26 GCS

As the Royal Navy basks in the afterglow that came with the commissioning of HMS Queen Elizabeth, the service is moving ahead with the Type 26 (T26) City class frigate. The T26 will protect the new carrier, alongside the UK’s Trident nuclear deterrent. However, when looking at international frigate programmes around the world, the importance of the T26 could extend well beyond the Royal Navy.

The service has long sought to break the cycle of increasing costs and decreasing hull numbers. In the earlier form of the Global Combat Ship, T26 aimed to do just that by offering a platform that could be customised to meet the requirements of different navies in the hope of attracting exports to reduce costs.

However, the price of each vessel grew to £3.7 billion for the first three ships, leading to the requirement for the Type 31e as a cheaper, more exportable frigate, according to Nick Childs, senior fellow in Naval Forces and Maritime Security at the International Institute for Strategic Studies. “The irony is that in this complex world we live in, which is becoming even more complex in the naval environment, there may be an ongoing requirement for affordable, flexible, general-purpose frigates that aren’t quite the gold-plated ships the major navies use. There is also a requirement from some navies for sophisticated ships that look like the T26.”

The most prominent example is Australia where the most recent Defence White Paper increased the number of next-generation frigates from eight to nine. In 2016, three designs were shortlisted: a derivative of the Franco-Italian FREMM offered by Fincantieri; an offering from Spain’s Navantia based on the Hobart class Air Warfare Destroyer recently commissioned by the Royal Australian Navy (RAN) (modified accordingly for anti-submarine warfare operations); and the T26.

The BAE Systems’ promotion for the T26 depicts a capable platform with quad canister launched anti-ship missiles and other enhancements over the UK variant. “The Australian frigate programme has essentially added a ballistic missile capability into their frigate programme” says Childs, underlining the high-end credentials of this proposed platform. A winning design is scheduled to be selected in 2018.

The Royal Canadian Navy must also settle on a next-generation frigate design. Childs cites the Canadian Surface Combatant programme for up to 15 ships as an opportunity for BAE Systems and the T26, in a Canadian partnership that includes Lockheed Martin and L3. Other European designs bidding for the programme include Navantia, which has put forward a proposal, similar to the one it offered to the RAN, whilst Alion Canada has offered a derivative of the Dutch De Zeven Provinciën air defence and command frigate.

Childs points to another programme, the Frigate, Guided (Experimental), or FFG (X), which will fulfil a requirement by the US Navy for a “small surface combatant.” FFG (X) will eventually replace the Littoral Combat Ship. UK shipbuilders BAE Systems and BMT Defence Services have thrown their hat into the ring, with BAE offering the T26 and BMT its Venator-110, which it also put forward for the RN’s T31e.

“I know BAE and BMT Defence Services have done what is necessary for keeping their hats in the ring and expressing interest, but where will that go?” asks Childs. Their designs may fit the US Navy’s requirements, however, in the current political climate of the Donald Trump administration, which favours an “America First” approach to manufacturing, Childs says it would be challenging for a foreign design to win the competition.

“In all these cases, the vessels will be built locally,” he says. "If you have a significantly greater family of ships sharing some sub-systems they won’t all be built locally, which will produce economies of scale and  drive down some costs."

As the UK re-enters the complex warship sector, 2018 could hail a new era as designs for future vessel requirements are selected. 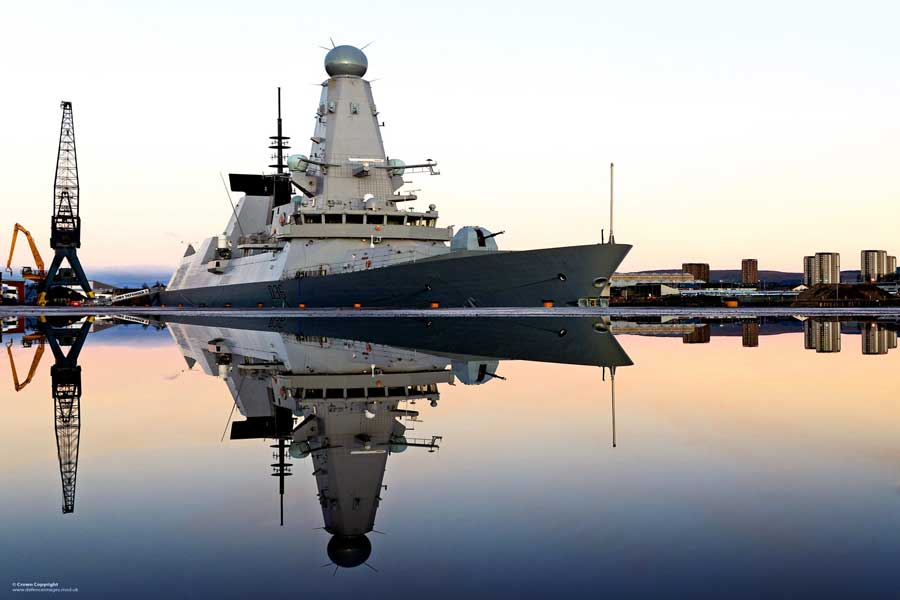