Just a handful of countries, including China, the US, France and South Korea, are reimagining what the next generation of aircraft carriers will look like. 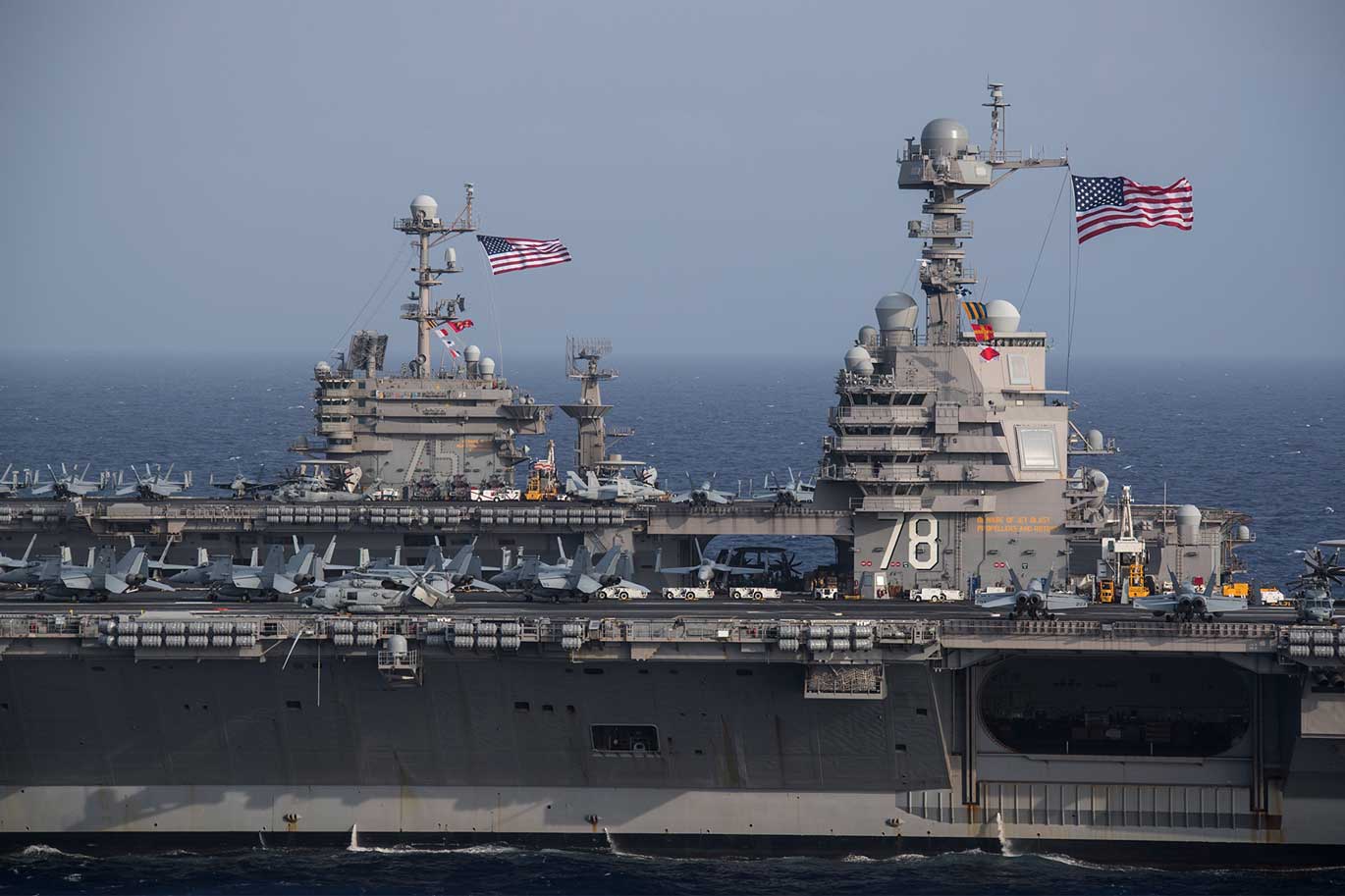 What are the next aircraft carriers to be built?

Aircraft Carrier battle groups are a potent symbol of military might allowing navies to project air power anywhere in the world. But with flight decks large enough to accommodate three football pitches in some cases, they come with an enormous price tag and large support requirements, which may explain why only eight countries in the world currently operate them.

But as older aircraft carriers come to the end of their service life, or countries harbour ambitions to join the exclusive carrier club, a handful of countries are reimagining what the next generation of seagoing air bases will look like.

Next-generation aircraft carrier programmes are already underway in the US, France, China and South Korea. The US currently has the lead in new aircraft carriers with four new Ford carriers under contract, which will remain the most modern warships to enter service this decade.

However, China has made rapid strides in military technology and has a stated intention to operate six aircraft carriers. It is currently building its third indigenously developed carrier, the Type 003, which at an estimated 80,000 tonnes, will be larger than its existing carriers, CNS Liaoning and CNS Shandong.

What aircraft carriers does China have?

In addition to having a larger air complement, the Type 003 will ditch the ski jump design of the indigenously developed Shandong for an electromagnetic catapult system, signalling China’s ability to incorporate state-of-the-art technologies into its military platforms.

The conventionally powered Type 003 is being built at the Jiangnan Shipyard in Shanghai and is expected to be completed in 2023. What is of even greater interest is that the People's Liberation Army Navy (PLAN) appears set to introduce a new carrier-based fighter aircraft, the FC-31, on its new carrier.

The PLA Navy presently operates two aircraft carriers, the CNS Shandong (Hull 17), which is based in Sanya near the South China Sea, while CNS Liaoning (Hull 16) is based in Qingdao, East China’s Shandong Province near the East China Sea, Yellow Sea and Bohai Sea.

The Liaoning and Shandong can carry 24 and 36 Shenyang J-15 carrier-borne fighters (the Chinese derivative of the Su-33) respectively. Construction of China’s 2nd carrier, Shandong began in November 2013 at a shipyard of the Dalian Shipbuilding Industry, a subsidiary of China State Shipbuilding Corp.

The 50,000 tonne carrier was launched in April 2017 and entered service in December 2019. The Liaoning is the refurbished ex-Soviet Navy carrier (Varyag) and was commissioned into service in September 2012, after an extensive refit at the Dalian shipyard in China’s Liaoning province.

Both aircraft carriers feature ski-jump designs and do not have launch catapults for aircraft operations. which limits their ability to operate larger and heavier types.

The United States announced the creation of a Blue-Ribbon Future Carrier 2030 (FC-2030) Task Force for the US Navy in March 2020. The FC-30 Task Force will reimagine the future of the aircraft carrier and carrier-based naval aviation (manned and unmanned) for 2030 and beyond, over the course of a six month study.

It will also examine how the US Navy’s existing carrier fleet must evolve and look at the challenges faced by future aircraft carriers from advanced long-range and hypersonic weapons while operating in contested areas. The 100,000 tonne USS Gerald R. Ford (CVN 78) was the US Navy’s first newly designed aircraft carrier in 40 years and was commissioned into service in July 2017.

The remaining three Ford Class carriers, CVN-79 (John F. Kennedy), CVN-80 (Enterprise) and CVN-81 (Doris Miller) are slated for delivery in September 2024, March 2028 and February 2032 respectively. Without a doubt, the most advanced aircraft carriers on the planet, they will cost approximately $50 billion to build.

France is now accelerating its new generation aircraft carrier programme, Porte Avion Nouvelle Generation  (PANG), which will replace the 38,000 tonne Charles de Gaulle aircraft carrier in service with the French Navy around 2038. Construction of the new aircraft carrier is to start in 2025 and sea trials are planned for 2036.  The French began preliminary PANG studies two years ago.

The nuclear powered 75,000 tonne class aircraft carrier will accommodate 30 new generation combat aircraft such as the sixth-generation Franco-German-Spanish Future Combat Air System.The 300 m long vessel will be able to achieve speeds of nearly 27 knots (approx. 50 km/h) and be equipped with electromagnetic catapults and new generation arresters. Its crew complement will comprise  approximately 2,000 sailors, including those of the air group.

The French General Directorate of Armaments (DGA) announced in March, that preliminary design work for the new generation aircraft carrier would be carried out by Naval Group, Chantiers de l'Atlantique and TechnicAtome and be concluded in two years.

The next phase is the “Detailed Preliminary Design” which will last three years, after which French industry will submit a tender to launch construction. In May, the French General Directorate of Armaments (DGA) announced it had carried out manoeuvrability tests of the PANG model at Lake Castillon (Alpes de Haute-Provence) in April.

Engineers and technicians belonging to the DGA Hydrodynamic Techniques and DGA Naval Techniques teams spent three weeks carrying out manoeuvrability tests with the objective of measuring the turning, heading and stability performance of the model on a sufficiently large body of water.

The Charles De Gaulle, which was commissioned into service in 2000, required technical shutdowns evert seven-to-eight years for maintenance of its nuclear reactors. This interval will be extended to 10 years for the PANG.

The Republic of Korea (ROK) announced in February that it would move ahead with its CVX light aircraft carrier programme for the South Korean Navy at an estimated cost of $1.8 billion. Korean shipbuilders Daewoo Shipbuilding & Marine Engineering (DSME) and Hyundai Heavy Industries (HHI) are competing for the contract.

The construction of an indigenous aircraft carrier will be a major milestone for Korean shipbuilding and the conventionally powered 30,000 tonne, 265m long vessel, the South Korean Navy's first, is slated for completion in 2033. Scale models of DSME’s proposed offering show a unique twin-island approach, no ski-jump and an estimated air complement of 28 fighters.

The aircraft carrier will be unique in that it will accommodate the F-35B Vertical Take-Off And Landing (VTOL) fighter. The South Korean Navy will also operate its Leonardo AW159 and recently ordered Sikorsky MH-60R maritime helicopters from the new type.

Italian shipbuilder Fincantieri announced last week that it was selected to assist DSME in the conceptual design of the new CVX light carrier. Fincantieri will assist DSME with basic design for the first-in-class unit starting in the second half of this year.