The contract to replace Canada's aging CF-188 Hornet fleet is far from sown up, but costs to maintain the Air Force's old aircraft continue to climb. 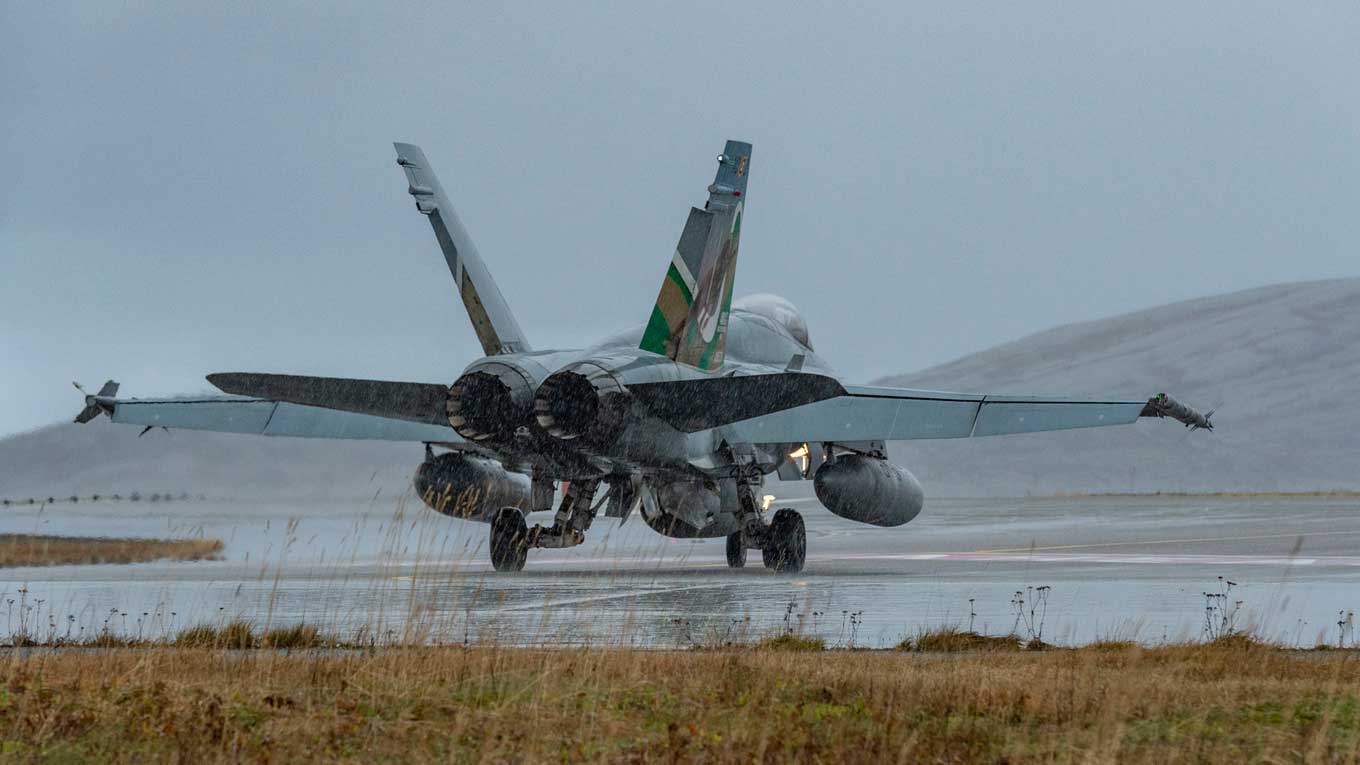 A Royal Canadian Air Force CF-188 Hornet from 401 Tactical Fighter Squadron sits on the runway for a flight in Bodo, Norway on October 23, 2018 in preparation for Exercise TRIDENT JUNCTURE (Photo by  Corporal Bryan Carter, 4 Wing Imaging)

The competition for a multirole aircraft to replace the Royal Canadian Air Force’s (RCAF) aging CF-188 Hornets rolls on as Boeing, Saab and Lockheed Martin all jostle to win the billion dollar contract. At a projected cost of between $11-14 billion, the RCAF requires 88 new aircraft to replace its aging fleet of CF-188 Hornets, which have been in service since 1983 and were scheduled to be replaced in 2016 by Lockheed Martin’s F-35 Joint Strike Fighter. Canada was an early partner in that programme, investing hundreds of millions of dollars into the 5th generation aircraft.

However, the cost of the F-35 made the acquisition a contentious election issue, with some in the press criticising the decision. When Justin Trudeau came to power in 2015, he promised his government would select a cheaper alternative to the F-35.

Despite this commitment the F-35 is now back on the table and Lockheed Martin states that: “The F-35 is the most advanced, best value fighter to replace the Royal Canadian Air Force CF-18 fleet.”

Boeing is offering its F-18E/F Super Hornet Block III. The major selling point of this aircraft is that it is the next generation of the RCAF’s current fighter. Boeing also has a long-standing relationship with Canada and the F-18Es twin-engine design and combat endurance are important features for an aircraft that will patrol long distances along the Arctic's borders.

However, Boeing recently announced that should the F-18E get selected, final assembly of the aircraft will take place in the US. Boeing points out that this is line with other aircraft it builds for Canada, and highlights considerable investments it has already made in Canada's aerospace industry. However, the Canadian government has clearly stated that whoever is chosen to build its next-generation fighter jet, must “invest in Canada’s economy and support high-value Canadian jobs.”

With heavy emphasis in the final decision resting on supporting Canadian industry, this factor could work against Boeing.

The dark horse of the competition is the Saab Gripen E. To this end the Swedish manufacturer has formed the “Gripen for Canada” coalition, consisting of a number of Canadian manufacturers.

Patrick Palmer, head of sales & marketing for Saab in Canada, told Defence Procurement International: “The Gripen offers state-of-the-art performance and capability that will best support Canada’s specific defence requirements in meeting the threats of today and tomorrow.  Gripen’s fully interoperable and continuously upgradeable design will support Canada in fulfilling all of its NORAD and NATO commitments.”

He claims that the Gripen’s attractive lifecycle costs are indisputably the best value for the RCAF, the government of Canada, and Canadian taxpayers. “Gripen’s total package is unrivalled in providing Canada with a defence and industrial capability that is highly compelling and very low risk,” he says.

The contest is scheduled to be decided in 2022, with the first aircraft scheduled for delivery in 2025. Regardless of which design is selected, the delay in replacing the CF-188s has proven costly for Canada. Twenty-five surplus Australian F-18As had to be acquired to keep the RCAF flying. Canada has also had to institute an upgrade programme to keep its old jets viable. With both cost concerns and politics already complicating the competition, the selection of the RCAFs next fighter is still very much an open race.