The Limitations of India's Air Defences

A truncated deal for 36 Rafale fighter jets orchestrated by India's PM Narendra Modi, has left India's Air Force with a considerable shortfall in its depleting fleet. 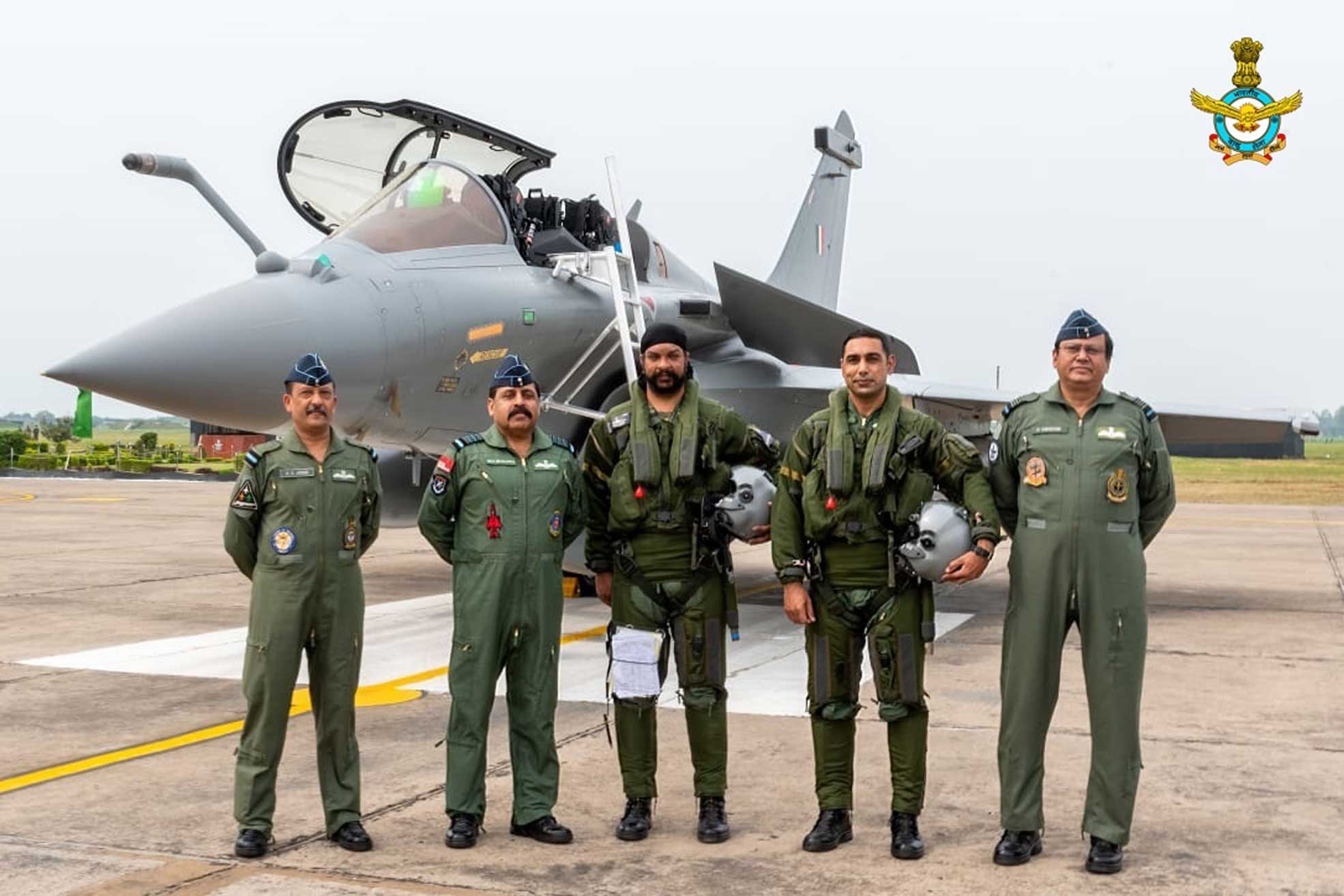 One of the first five Rafales flown into India by Indian Air Force (IAF) pilots across a distance of 6,271 km from Dassault in Saint-Cloud, with mid-air refuelling and a day’s stopover at Abu Dhabi's Al Dhafra airbase
(Source: IAF)

In the early hours of 26 February 2019, Indian air strikes against a Pakistani terrorist training camp in Balakot across the Line of Control (LoC) with Jammu and Kashmir, betrayed the grim limitations of India’s air defences.

The air strike, which reportedly killed “a large number of” terrorists, was to avenge a Pakistan-sponsored terrorist attack a fortnight earlier, which killed 40 Indian paramilitary troops in the border state of Jammu and Kashmir. But the ensuing air skirmish between India and Pakistan did not entirely go the Indian Air Force's (IAF) way.

An Indian Air Force MiG-21, which earlier shot down a Pakistani F-16, later perished to an air-to-air missile. The MiG-21 pilot ejected, but landed in Pakistan where he was apprehended. And in what appeared to be a trigger reaction caused by frayed nerves, 100 km away from the dogfight, an IAF Mi-17 helicopter was shot down in friendly fire, killing six service personnel and one civilian on the ground,

These incidents served as a grisly reminder of the operational unpreparedness of the IAF, which were rendered more sinister when the then Air Chief Marshal, Birender Singh Dhanoa, affirmed: “The results would have been further skewed in our favour had we inducted the Rafale aircraft in time.”

He was making a pitch for the 36 Rafale multi-role fighter jets contracted from France’s Dassault Aviation for €7.87 billion in a deal finalised by India’s Prime Minister Narendra Modi during his state visit to France in 2015. The first five of the 36 Rafales arrived in India on 29 July this year, with the remaining 31 scheduled for delivery by 2022.

Modi’s truncated deal annulled an agreement by the previous Congress-led government for 126 Rafales at a cost of  €8.86 billion and inexplicably caused a shortfall of 90 aircraft, which were part of the IAF's requirement in its original 2005 tender. The Air Force is already hamstrung by a depleting fleet, and impending obsolescence is anticipated to diminish it to just 26 squadrons of serviceable aircraft over the next two years, against a sanctioned strength of 42.

The IAF retired its ageing MiG-27s a year ago and its fleet of vintage MiG-21s will be decommissioned over the next few years. Its present fleet comprises Dassault’s Mirage-2000s, inducted in 1985 after Pakistan acquired F-16s from the US, the Russian Sukhoi-30s and MiG-29s, the Franco-British Jaguar, inducted in 1979, and India’s first indigenous combat aircraft, Tejas, which entered service in 2016 and will eventually replace the MiG-21s.

As there is a considerable time lag between the selection of military equipment and its delivery, much time has been lost through the partial Rafale deal Modi orchestrated. It was only in April this year that the IAF issued a successor initial tender for a total of 114 fighter jets at an estimated $18 billion. The tender has elicited responses from the same six contenders as the 2005 tender, and entails the import of 18 aircraft in fly-away condition, with the remaining 96 to be built in India. The IAF is now drafting its technical requirements for the tender.

Washington appears intent on an Indian decision favouring an American fighter jet as reparation for the contract going to Dassault. It is widely perceived that Modi’s part deal on the Rafale was designed to favour the US in any follow-on contract on fighter jets for the IAF. India’s Defence Ministry acknowledges that military co-operation has become the key driver of India-US relations that are now being elevated “to a new level”.

Under Modi's government, India’s arms purchases from the US have risen considerably, as the country craves the indulgence of an impulsive Donald Trump administration to validate its power status aspirations. According to the Stockholm International Peace Research Institute's Arms Transfer Database, from 2010–2014 the US was the second-largest arms supplier to India behind Russia as the security relationship between the two countries developed into a strategic partnership.

Arms imports from the US declined from 2015—2019, as India continued with its policy of supplier diversification. But numerous additional deals were signed with the US this year. One of the more interesting deals is the planned purchase of 12 General Atomics MQ-9 Reaper, or Predator B, drones for the Indian Navy at a likely price of more than $2 billion. The deal might be expanded to cover non-maritime versions for the Indian Army and Air Force. This will make India only the third country, after the UK and Italy, and the first non-NATO state to be offered armed drones by the US.