As flight safety tests for the RAF's Protector RPAS ramp up, will Detect and Avoid systems be enough for certification to fly in non-segregated airspace. 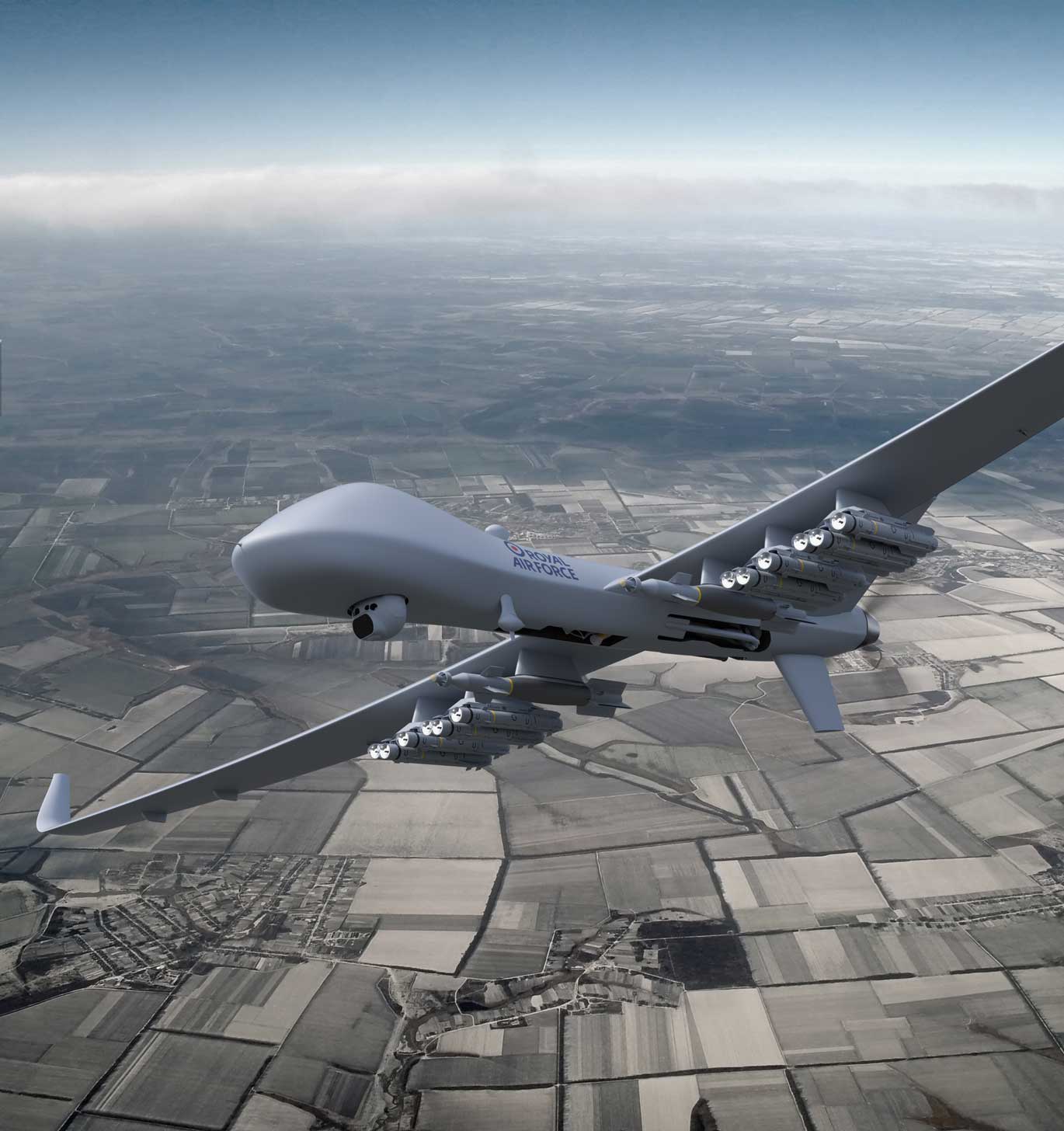 The replacement for the Royal Air Force's MQ-9A Reaper, the Protector RG Mk1, will undergo a series of stringent flight tests in the coming months to certify whether it is safe to fly in UK and US civilian airspace. The Protector, which is based on a variant of General Atomics' Aeronautical Systems Inc. (GA-ASI) MQ-9B SkyGuardian, will be the first Medium-Altitude Long Endurance (MALE) Remotely Piloted Air System certified to fly in non-segregated civlian airspace.

The Protector is seeking certification to comply with both national and international airspace and safety regulations. The RAF's existing Reaper RPAS fleet is restricted to flying missions from remote air bases and theatres of operation under military airspace control. But the RAF wants the Protector to operate in a much wider variety of environments and locations, including support of humanitarian relief operations, which may require it to pass through civilian airspace not under military control.

As early as 2016, redacted documents released under a Freedom of Information request by NGO Drone Wars, highlighted CAA concerns about the challenges of operating the Protector in non-segregated airspace in the UK and how that differed from operating in US national air space.

Drone Wars, which is against the use of armed drones, claims that the Detect and Avoid technology used on board the Protector is largely untried and untested. “It is far from clear at this stage if the CAA and other airspace regulators will accept this technology as a substitute for a human pilot,” it wrote in a recent briefing paper.

However, GA-ASI says its Detect and Avoid System (DAAS) has been extensively tested and not only meets, but exceeds the capabilities of the air traffic awareness and avoidance systems used on today’s commercial airliners. “The DAAS is an integral part of the certification effort that will allow RPA from GA-ASI to fly in non-segregated, controlled airspace,” said David R. Alexander, GA-ASI's president.

The DAAS consists of GA-ASI’s Due Regard Radar (DRR) and processor, and a Traffic Alert and Collision Avoidance System (TCAS). For different customers, GA-ASI will upgrade the software in the DRR to add a tactical weather mode, in addition to the air traffic surveillance capability. GA-ASI’s DAA system also enables safe access to uncontrolled airspace and will comply with Due Regard procedure when operating in international airspace.

In March, The Guardian newspaper revealed that the UK Ministry of Defence exerted pressure on the CAA to delay issuing safety warnings about a transatlantic test flight the Protector made in 2018 in an effort to avert public protests. The 2018 test flight saw the Protector make the 24-hour-journey from Grand Forks, North Dakota through UK air space to Royal Air Force (RAF) Fairford in Gloucestershire. It was the first MALE RPAS to make such a flight.

Drone Wars says if the MoD fails to secure the adequate permissions to fly the Protector in UK civilian air space, it may initiate proceedings for an Air Change Proposal (ACP) centred around RAF Waddington in Lincolnshire where the Protector drones will be based. The CAA first lodged a proposal for the airspace change in March last year. “The pursuit of an ACP optimises an approach, in terms of efficiency and safety, for RPAS to operate from and to RAF Waddington,” the proposal stated.

The UK has ordered 16 Protector remotely-piloted air systems at a cost of £1 billion, with the option to procure a further 16. The RAF will arm the Protector with Paveway laser guided and Hellfire air-to-surface missiles. Protector was initially scheduled to enter service with the RAF in 2018, but that was put back to 2021. Full Operational Capability is not expected until 2024.

In March, GA-ASI, based out of San Diego in California, said it had completed the first production-representative of the MQ-9B SkyGuardian, with the first flight of the aircraft taking place on March 30, 2020 at GA-ASI’s Flight Operations Facility in El Mirage, California. The new SkyGuardian, known within GA-ASI as BC03, will be used for ground and flight testing to collect airworthiness certification data starting with flight loads and aircraft performance testing. The results from the tests will form the Type Certification Exposition needed to achieve the Military Type Certificate for the Protector platform.

“With first flight of the production-representative aircraft, we remain on schedule for delivering MQ-9B Protector to the RAF,” said Linden Blue, CEO, GA-ASI.

“As the lead customer, we are tracking all of the important developments of this ground-breaking, remotely-piloted aircraft,” said RAF Group Captain Shaun Gee, Protector RG Mk1 Programme Director. “The Military Type Certificate is a particularly important milestone because it’s a foundational step towards the Protector RPA being approved to fly in unsegregated airspace.”

According to Alexander, BC03 will be followed by BC04 (also known as UK1), which will be the first Protector aircraft to be delivered to the RAF. “Production has already begun on BC04 and prior to delivery, it will be used for Combined System Test and weapons testing,” said Alexander.

In addition to the RAF, the MQ-9B has been selected by the Australian Government for the Australian Defence Force's Project Air 7003.  The Belgian government has also approved Belgian Defense to negotiate the acquisition of GA-ASI’s MQ-9B.