US troops to withdraw from Germany in highly politicised move in which President Donald Trump labelled Germany as "delinquent in their 2% fee to NATO.” 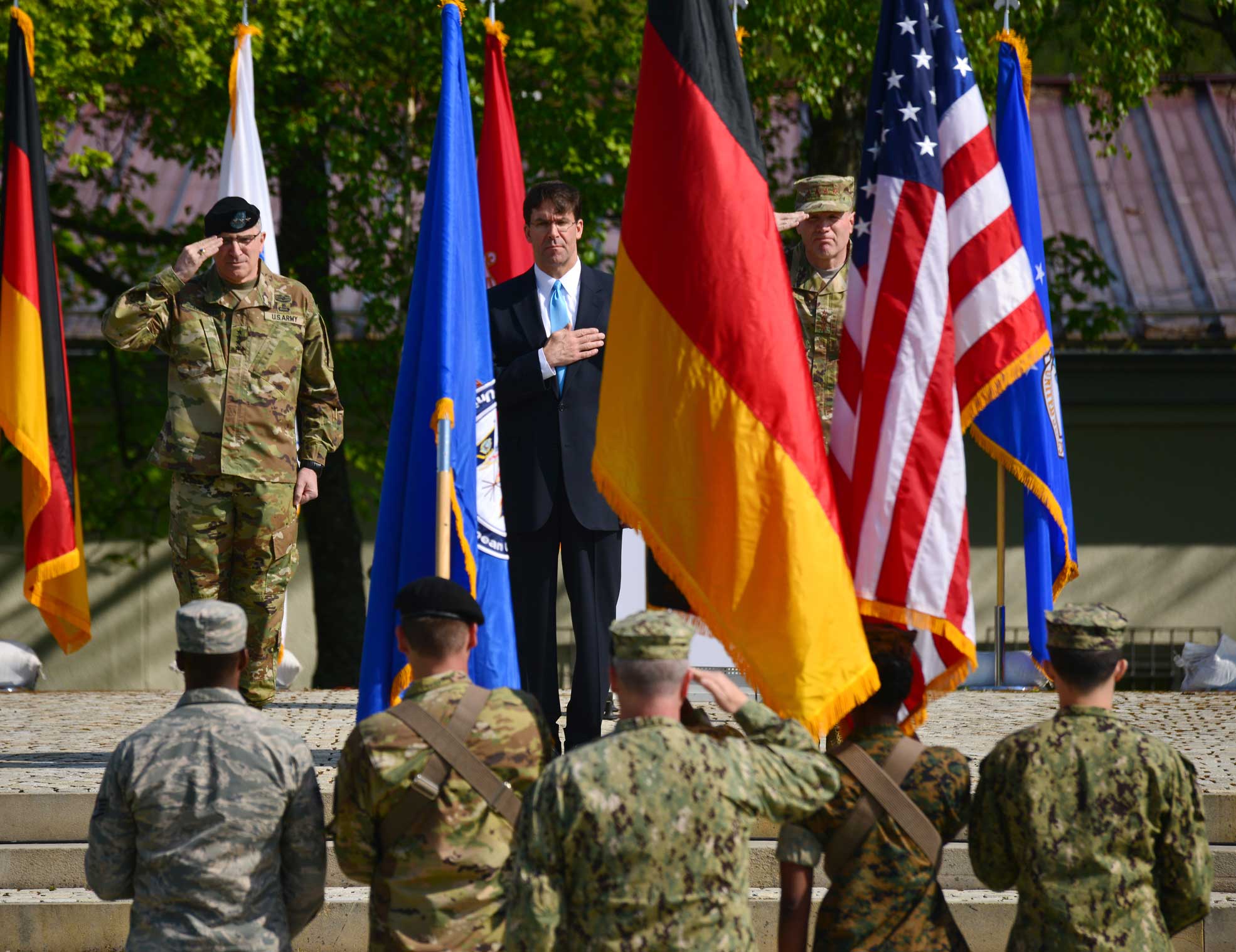 In a move widely criticised by defence analysts and the media, the US has announced the withdrawal of approximately 12,000 personnel from Germany, where US forces have enjoyed a large presence for 60 years. The US Defense Secretary Mark Esper announced the troop withdrawals on July 29 as part of a US European Command Force Posture review, which is part of the department’s continued efforts to implement the National Defense Strategy. As part of the strategy, a review is already under way of half a dozen US combatant commands, including US Africa Command, which is also currently stationed in Germany.

Out of the approximately 12,000 military personnel to be relocated from Germany, nearly 5,600 will be located within other NATO countries and 6,400 will return to the US to address readiness and prepare for rotational deployments. Approximately 24,000 US troops will remain in Germany and Esper said Stryker Brigades will begin “heel-to-toe rotations” into Eastern Europe.

US President Donald Trump hinted at plans to reduce the US's footprint in Germany back in June. But the troop withdrawal was immediately politicised by Trump who criticised Germany in a tweet as being “delinquent in their 2% fee to NATO,” and suggested that was the main reason for moving forces out of Germany. His tweet unleashed a Twitter storm, with some accusing Trump of doing the bidding of Russian president Vladimir Putin.

But as Defence Procurement International reported in our Summer 2020 issue, defence spending has been on the rise in Germany, with 10% growth in 2019. In a speech to the Bundeswehr University in Munich on 27 August 2019, German Defence Minister, Annegret Kramp-Karrenbauer, proposed to spend more money on the armed forces, increasing the defence budget to 2% of GDP by 2031.

Within the NATO alliance, only eight countries have achieved or exceeded the 2% of GDP defence spending target: the UK, Poland, Romania, France, Latvia, Lithuania, Greece and Estonia. The US has indicated that forces will be relocated to Belgium and Italy, which do not meet the NATO 2% of GDP spending target.

Most EU countries' economies have taken a huge hit from the coronavirus pandemic. With defence budgets likely to come under increasing pressure, some countries could “cook the books” in order to keep their 2% of GDP promise to NATO and the US, according to Beatrice Heuser, Professor of International Politics at the University of Glasgow.

Taking a different line to President Trump, Esper indicated that US forces within Europe would be repositioned to be better situated for great power competition.

“It is important to note that in NATO's 71-year history, the size, composition and disposition of US forces in Europe has changed many times,” he stated. “Sometimes this has been bcause of changes in the threat, or international environment, or because borders between NATO countries and Russia have shifted as new alliance members have joined. We are now at another one of those inflection points. I'm confident the alliance will be all the better and stronger for it.”

USEUCOM Commander Gen. Tod D. Wolters said the repositioning would "favourably deter against Russia, assist NATO, strengthen the alliance, improve [US Dept. of Defence} operational flexiblity, and improve EUCOM's flexibility, all the while keeping a close eye on the care and feeding of our familiies."

Esper said US forces in Europe would be repositioned based on five core principles:

According to a statement posted on EUCOM's website, headquarters will be consolidated to strengthen operational efficiency and forces repositioned within the United States to focus on readiness, and place rotational forces in the Black Sea region on NATO’s southeastern flank. EUCOM's headquarters will move from Stuttgart in Germany to Belgium to irmprove speed and clarity of decision-making. The relocation of US Africa Command headquarters has yet to be decided.

USEUCOM has been based in Stuttgart since 1967 after relocating from Paris following policy disagreements within NATO, which saw French President Charles De Gaulle demand the removal of all US and NATO headquarters and forces from French soil.

While some have welcomed the review of US troop numbers in Europe, others have criticised the move saying it will harm US-Germany relations and impact US military readiness in Europe. Many have interpreted it as a further pivoting away from Europe by the US, which is increasingly focused on operations in Asia and the Middle East.

The US's withdrawal from Germany could create wider support within the EU for a European Army. A more recalcitrant tone from the US has seen EU member states widen their co-operation under the Permanent Structured Co-operation Framework (PESCO) for joint development of defence capabilities for EU military operations.

Professor Malcolm Chalmers, RUSI’s Deputy Director General stated in an April 2020 webinar that the UK will need to think about kinetic scenarios in which it may have to confront Russia without the US being fully committed. “The UK should be reaching out to its main European neighbours and saying we need to take more responsibility for our own defence,” he said.