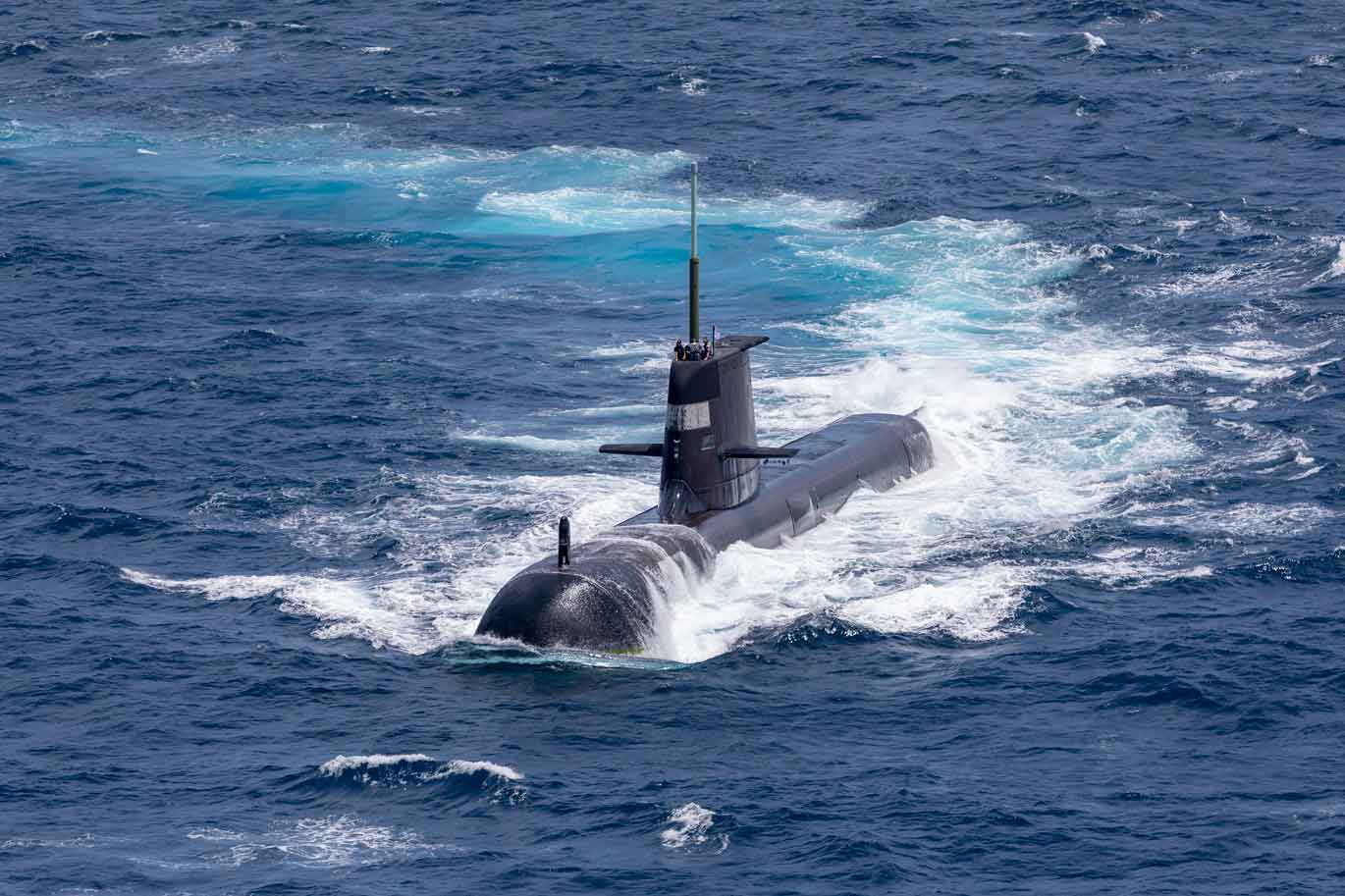 Australia is scrapping its controversial $90 billion program to build French-designed submarines in favour of acquiring a fleet of nuclear-powered submarines as part of a new strategic security partnership with the United States and the United Kingdom.

According to Australia's ABC News, Australia will use American and British technology instead of the 12 French-designed submarines from Naval Group (formerly DCNS). In an official statement, the Naval Group described the decision as "a major disappointment.: Naval Group said it was offering Australia a regionally superior conventional submarine with exceptional performances.  "Naval Group was also offering Australia a sovereign submarine capability making unrivalled commitments in terms of technology transfer, jobs and local content,' the statement read. "The analysis of the consequences of this sovereign Australian decision will be conducted with the Commonwealth of Australia in the coming days."

Australia's decision comes as closer security ties between Australia, the UK and the US are forged under the AUKUS defence pact, which is a response to China's growing naval capabilities. ABC News says Australia, the United States and Britain will reorient their submarine and warship fleets to counter China's increasing regional presence. The Royal Navy's Carrier Strike Group is already in the Indo-Pacific region on its maiden deployment, where it is conducting maritime exercises with the Indian Navy.

The first major initiative under AUKUS is Australia’s acquisition of at least eight nuclear-powered submarines, which will be built in Adelaide.

Australia, the UK and the US have committed to a comprehensive program of work over the next 18 months that will bring this capability into service. The Australian Department of Defence said the optimal pathway to achieve this is through a significant increase in Australia-UK-US defence collaboration.

What do nuclear submarines mean for Australia?

Commenting on Australia's nuclear submarine decision at the DSEI 2021 expo at London's ExCEL centre, Sir Simon Bollom, CEO of the UK's Defence Equipment and Support said as Australia is a member of the Five Eyes (FVEY) an intelligence alliance comprising Australia, Canada, New Zealand, the UK, and the US, the transfer of technology and security should be of limited concern. "One of the challenges is experience with people," he said. "At the end of the day, people drive programmes, and people with understanding of nuclear will be in high demand."

The Australian Navy has no experience of building or operating nuclear submarines and will be heavily reliant on technology and knowhow from the US and the UK. But how much of their IP willthey  be willing to give to the Australians?

“This period will be used to examine the full suite of requirements that underpin nuclear stewardship, with a specific focus on safety, design, construction, operation, maintenance, disposal, regulation, training, environmental protection, installations and infrastructure, basing, workforce and force structure,” said the Australian DoD.

In 2016, Australia awarded DCNS, the country's largest-ever defence contract, to design and build  “a regionally-superior submarine for Australia’s sovereign operation and sustainment”  to replace its ageing fleet of Collins-class submarines.

Australia's Project Sea 1000 Future Submarine was an ambitious requirement for 12 submarines to replace the Collin class submarines. One of the specifications of the programme was that the submarines must be built in Australia. But the sheer scale and complexity of the project, which boasted an initial price tag of AUD$50 billion, led some commentators to compare it to “organising a moon landing.”

The French submarine-building programme for Australia came under severe criticism, with the Australian Institute of International Affairs stating in October 2018 that it is more likely to cost upwards of $225 billion, “or up to 10% of the entire defence budget.” The institute also pointed to what it termed “red flags” for the project, including problems sourcing experienced Australians to work on it and the “high probability” that the current Collins-class submarines will be retired before the new submarines were even ready.

But the decision to replace the French-built diesel electric propulsion submarines with nuclear-powered ones s is likely to prove controversial. Nuclear-powered submarines have superior characteristics of stealth, speed, manoeuvrability, survivability, and almost limitless endurance, when compared to conventional submarines. They can deploy unmanned underwater vehicles and can also carry more advanced and a greater number of weapons. These abilities allow nuclear-powered submarines to operate in contested areas with a lower risk of detection.

The transition to nuclear-powered submarines represents a substantial capability leap for the Royal Australian Navy. Nuclear-powered submarines have a higher cost of ownership than their diesel-powered counterparts, as well as higher barriers to entry, in terms of where the technology is sourced from and how in-country knowledge can be grown and sustained.

There is also likely to be significant social and political opposition to Australia becoming a nuclear submarine nation. But it will be joining an elite class of countries. Only the US, UK, France, China, Russia and India have this capability.

Responding to the announcement of the scrapping of the French programme, Thales, which is a 35% shareholder in Naval Group, said the Australian government's decision was motivated by accelerating changes to regional security, which makes conventional submarines unsuited to Australia’s future operational needs. “It is leading Australia to no longer proceed with the AFS (Australian Future Submarine) program to build new generation conventional submarines,” it stated.