How China 's Navy Could Come to Rule the Waves

Is the West right to be concerned about China becoming a maritime power, and what does the new AUKUS pact mean for the Indo-Pacific region? 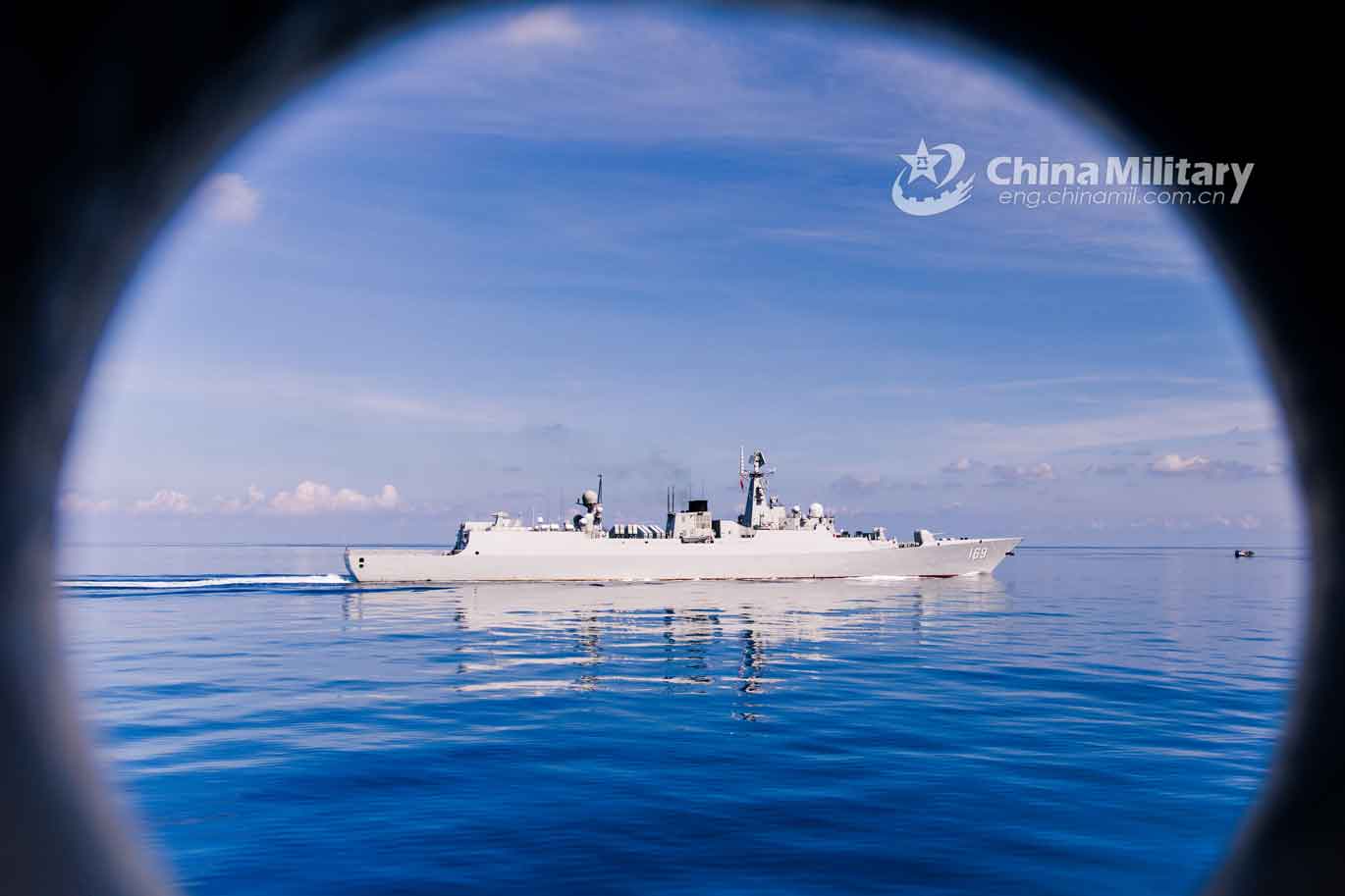 The guided-missile destroyer Wuhan (Hull 169) attached to a naval destroyer flotilla under the PLA Southern Theater Command steams in an undisclosed sea area during a 4-day maritime real-combat training exercise on September 2, 2020. (eng.chinamil.com.cn/Photo by Li Wei)

How big is China's Navy compared to the US?

China oasts the largest navy in the world in terms of total number of vessels and overall maritime capacity. It also has the largest coast guard with more than 130 large patrol ships and a significant maritime militia.

In 2020, according to US Department of Defence estimates, China's Navy boastsed a total of 333 vessels, compared to the US Navy's 296. The majority of the vessels in the China's growing fleet are missile-armed coastal patrol craft, corvettes and frigates, diesel attack submarines and destroyers.

“Its biggest advantage over the US Navy is in patrol and coastal combatant corvettes and below,” says Nick Childs, Senior Fellow for Naval Forces and Maritime Security at the International Institute for Strategic Studies.

Childs says the US Navy's fleet still stands at more than double the tonnage of China's and holds considerable advantage in principal surface combatants. But because of China's advanced weapon systems and growing firepower, US aircraft carrier task groups would be challenged to operate close to the Chinese mainland without incurring significant losses during a conflict.

Chinese shipyards are outstripping US ones in terms of tonnage of naval vessels. The US Navy is also grappling with its future fleet mix, which includes uninhabited vessels. Its "Distributed Lethality" doctrine and operational concept, integrates manned and unmanned systems while dispersing firepower over land and air.

One of the key pillars of the US's military strategy is to form coalitions to deter China in the Indo-Pacific region. However, having a deterrent force in the region puts a signifcant strain on the US's budget, which means it needs strong allies to share the burden of maintaining this force.

According to USNI News, US Indo-Pacific Command asked for almost $5 billion in the upcoming fiscal year for the 12-month old Pacific Deterrence Initiative, which is aimed at "maintaining and extending" the US's military advantage in the region, and to help it keep pace with China's maritime developments in the region.

Under the Pacific Deterrence Initiative, the US will invest in a vast array of equipment, including new radars, Command and Control systems, Unmanned Aerial Systems payloads, multi-mission surface combatants and new weapon systems.

Why the US is concerned about China's Navy?

But is China's growing naval power in the Indo-Pacific really that scary? According to US Congress reports, China's military modernisation efforts, particularly that of its Navy, is now the top priority for US defence planning and budgeting.

The Chinese Navy is seen as a significant threat to the US Navy's ability to achieve and maintain control of blue-water ocean areas in the Western Pacific.

Despite the fact that China's naval assets are growing, the number of nuclear-powered (SSN) and ballistic missile submarines (SSBN) is still relatively low.  According to the US Department of Defense, China's submarine force continues to grow at a slow pace, but with significantly more capable submarines replacing older units.

However, China is the Western Pacific's sole nuclear submarine force, although western countries send SSBNs to the region to show deterrence. In response to China's growing naval capabilities, the US and the UK recently announced controversial plans to reinforce the Royal Australian Navy's fleet with nuclear-powered submarines.

In addition, China's naval ships, aircraft and weapons are more modern and capable than they were a decade or so ago and are, in many ways, comparable to those of Western navies.

While discussing the Chinese Navy's capabilities in the Indo-Pacific region, it is essential to mention its area denial weapon or anti-access/area denial (A2/AD) capability. China has provided a significant deterrent in this area with the air, surface, and underwater surveillance system it built in the region, as well as the missiles it developed as a direct threat to aircraft carrier task groups.

Although China has the "world's largest navy." it is not necessarily the strongest globally, because of the significant differences in force structure. Most discussions about the People's Liberation Army Navy's (PLAN's) size exaggerate its surface warship fleet by including small coastal patrol ships or amphibious transport and landing ships.

The US Navy is still superior to China in fleet tonnage and number of strategic units, including aircraft carriers, large amphibious assets and SSBNs.

Additionally, when the US Navy's operational experience, personnel training, and a logistics system that is capable of reaching any part of the world are considered, the Chinese Navy will need time to catch up.

However, the US' primary concern is the expectation that China will continue to grow its ship numbers over the next 30-40 years as it gains operational experience. Furthermore, while the US Navy has significant advantages over China's, the possibility of a massive loss during a conflict is a major concern.

Although the US has surrounded China with numerous partners, including Japan, Taiwan, South Korea, and Indonesia, these states all face geographical disadvantages. They lack sufficient distance from China and could retreat if a threat of aggression materialises. Thus, selecting Australia as its most reliable ally under the recently signed AUKUS pact with the UK is notable.

The US believes that previous coalitions, such as QUAD, an informal alliance between the US, Australia, India, and Japan were insufficient to deter China, so it formed the AUKUS coalition with Australia and the United Kingdom, sparking discussions about the region's delicate power balance.

For decades, the US has armed its regional allies with cutting-edge weapons and systems to build a steel wall against China. However, selling SSBN is significantly different from previous activities. The SSBN is a strategic weapon capable of altering the region's power balance.

China's powerful Anti-Ship Ballistic Missiles (ASBM) threaten surface assets and play a critical role in anti-access/area-denial (A2/AD) operations. In this case, providing SSBNs to Australia makes sense. Australian SSBNs would have the capability to penetrate China's A2/AD zone without being engaged by ASBMs.

Along with the sale of the SSBN, the sale to Australia of the terminal-stage ballistic missile interceptor SM-6 air defense missile and the Tomahawk land attack missile demonstrates the desire to establish a robust Australian Navy in the region.

The AUKUS should be viewed as a paradigm shift rather than a framework for defense cooperation. By revealing its plan to strengthen it with strategic weapons, the US has chosen its most trusted ally against China in the region and made a critical move on the Pacific chessboard. Following its audacious move, it will be interesting to see what China does next. 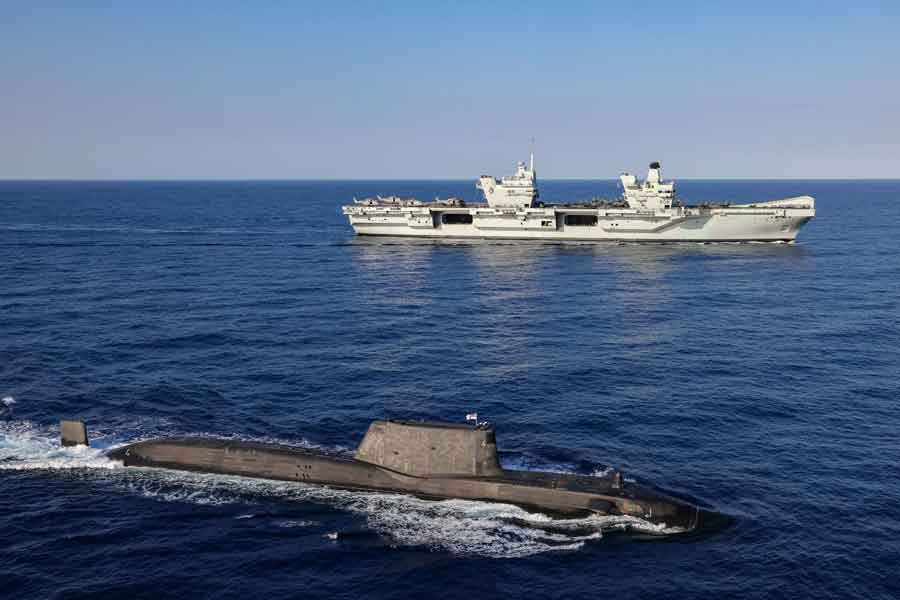